Four British schoolgirls and their teacher were held at gunpoint as they were sexually assaulted, with their assailant shooting their security in Ghana.

The victims – aged 16 and 17 – were staying at walled, guesthouses as part of a group of ten on a charity mission to the capital, Accra.

The attacker used his rifle to shoot and wound the security guard at the hostel after he tried to intervene. 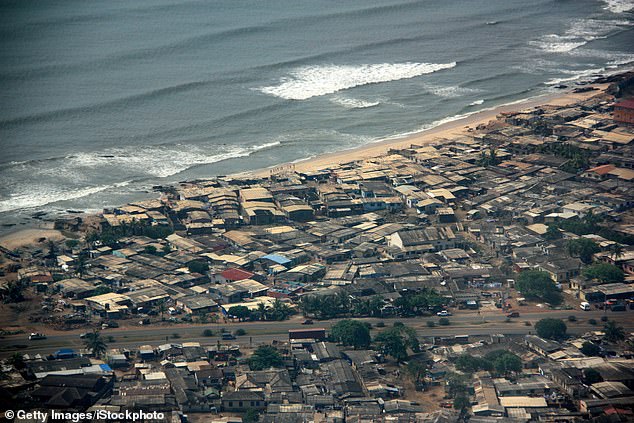 Hundreds of corrugated iron roofed huts can be seen lining the shore in the heart of Accra, Ghana; the schoolgirls and their teacher were flown home from the city after the attack on Saturday 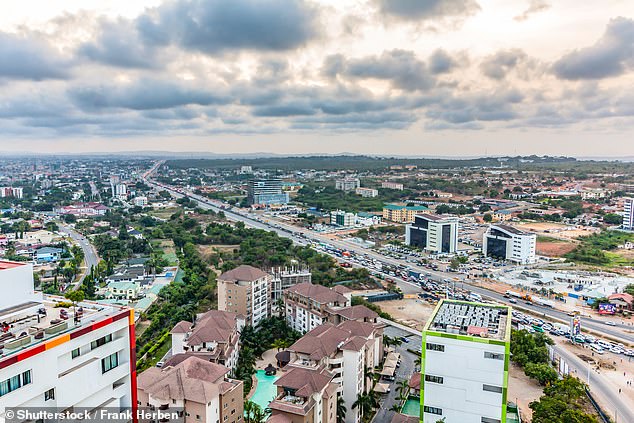 A view of the cityscape of Accra, Ghana, where the schoolchildren were visiting; the Foreign Office advises there is a risk of violence and terrorism in the country

According to the Sun, the teens and their school teacher were flown home on Sunday and were treated at a British hospital after the ordeal on Saturday night.

The pupils were paying £1,200 each to take part in their school’s partnership with with a West African charity.

They had travelled there to have an ‘opportunity to experience life in a developing country,’ the newspaper said.

The accommodation was close to the beach and the teens were staying in rooms of up to six at the site, where there was also a caretaker and security team.

The tabloid said that the Foreign Office had confirmed the ‘incident’ in the greater Accra area and was working with local authorities.

Around 90,000 Brits travel to Ghana every year and the Foreign Office advises that violent crime is a possibility, particularity at Christmas time.

Civil unrest can breakout at any moment and there is a constant terror threat.