British tourists are having to find emergency accommodation in Spain after arriving at pre-booked hotels to discover they are still closed due to the coronavirus lockdown. Many holidaymakers were shocked to find the hotel they had booked, and already paid for, was padlocked shut – and scrambled to find nearby accommodation costing hundreds of euros.

Several families have complained to consumer watchdog Which? and travel agency Loveholidays is believed to be the main offender.

They told the watchdog they had not been pre-warned the hotel was shut or that alternative accommodation had been provided for.

Paul Davis, 48, from Lincolnshire told Which? the gates of the hotel he had booked in Salou, Spain were padlocked when he arrived last week.

He had travelled with his partner and their 10-year-old son had booked the holiday through Loveholidays. 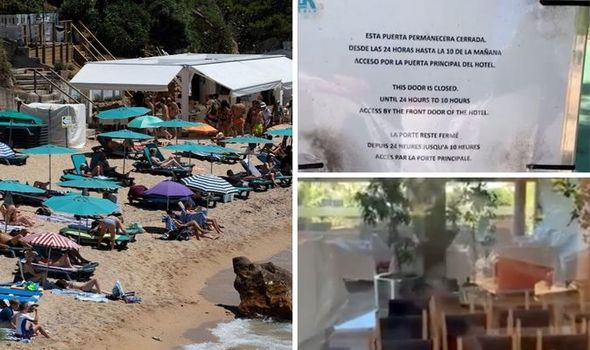 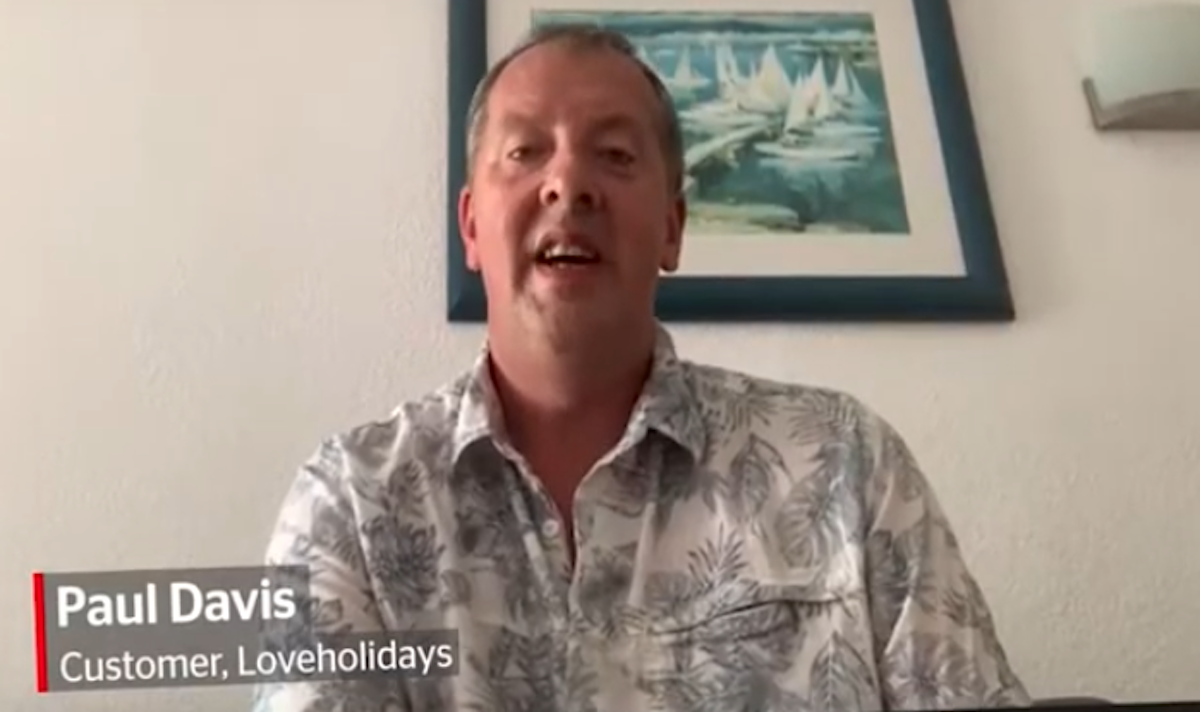 Mr Davis said: “We walked over to the hotel and I was at reception and it was all shut. So we thought maybe we got the wrong hotel.

“So we walked around the back of the hotel and there were gates with chains and padlocks on.

“It made us feel quite vulnerable really.” 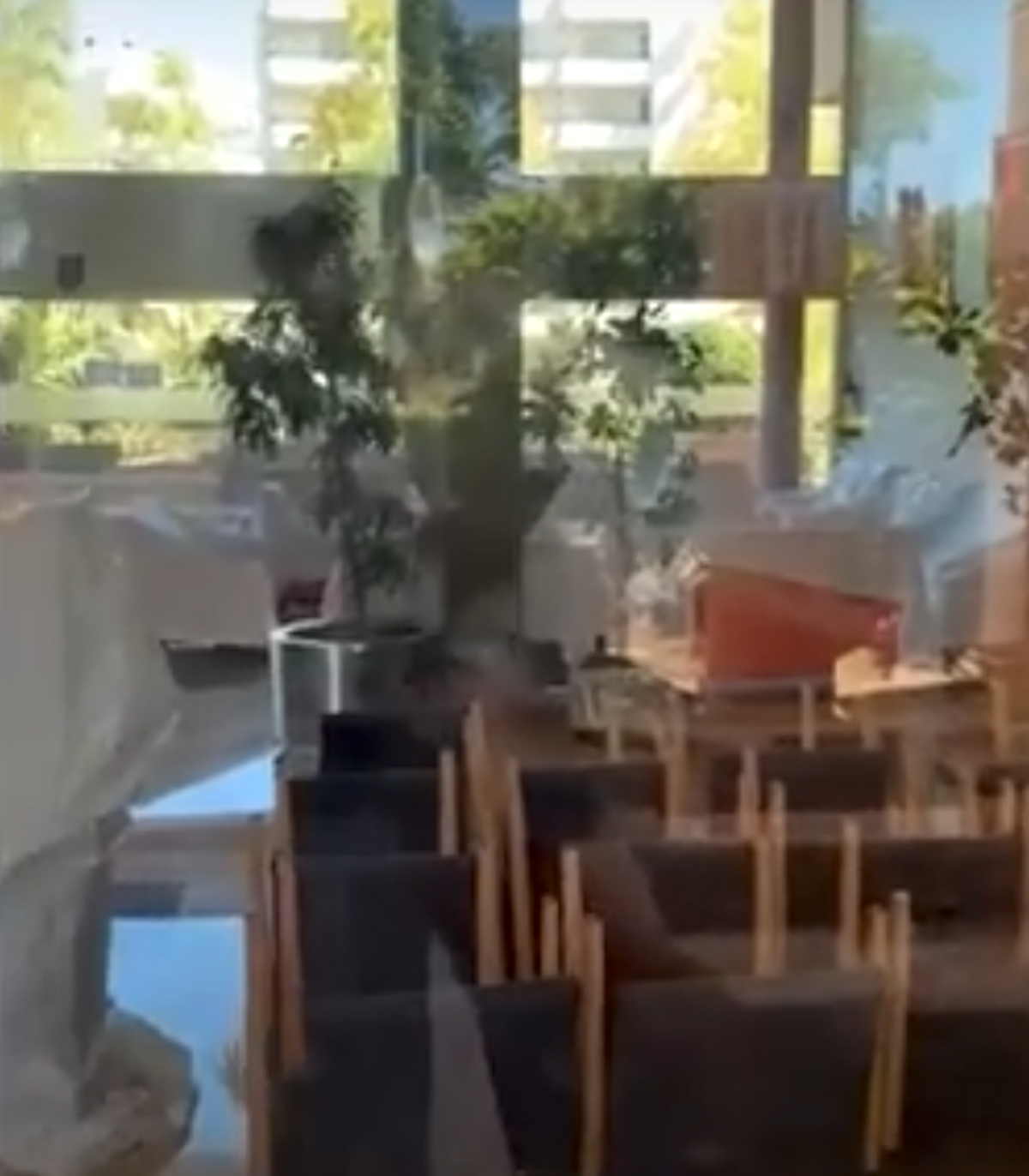 Mr Davis ended up checking his family into another hotel at a cost of £250 after he couldn’t get through to the travel firm.

He said Loveholidays confirmed the next day that his reservation had been moved to a different hotel in the town.

A Loveholidays spokeswoman said they would refund the family for the cost of the hotel booking and said they had not been informed of the hotel’s closure. 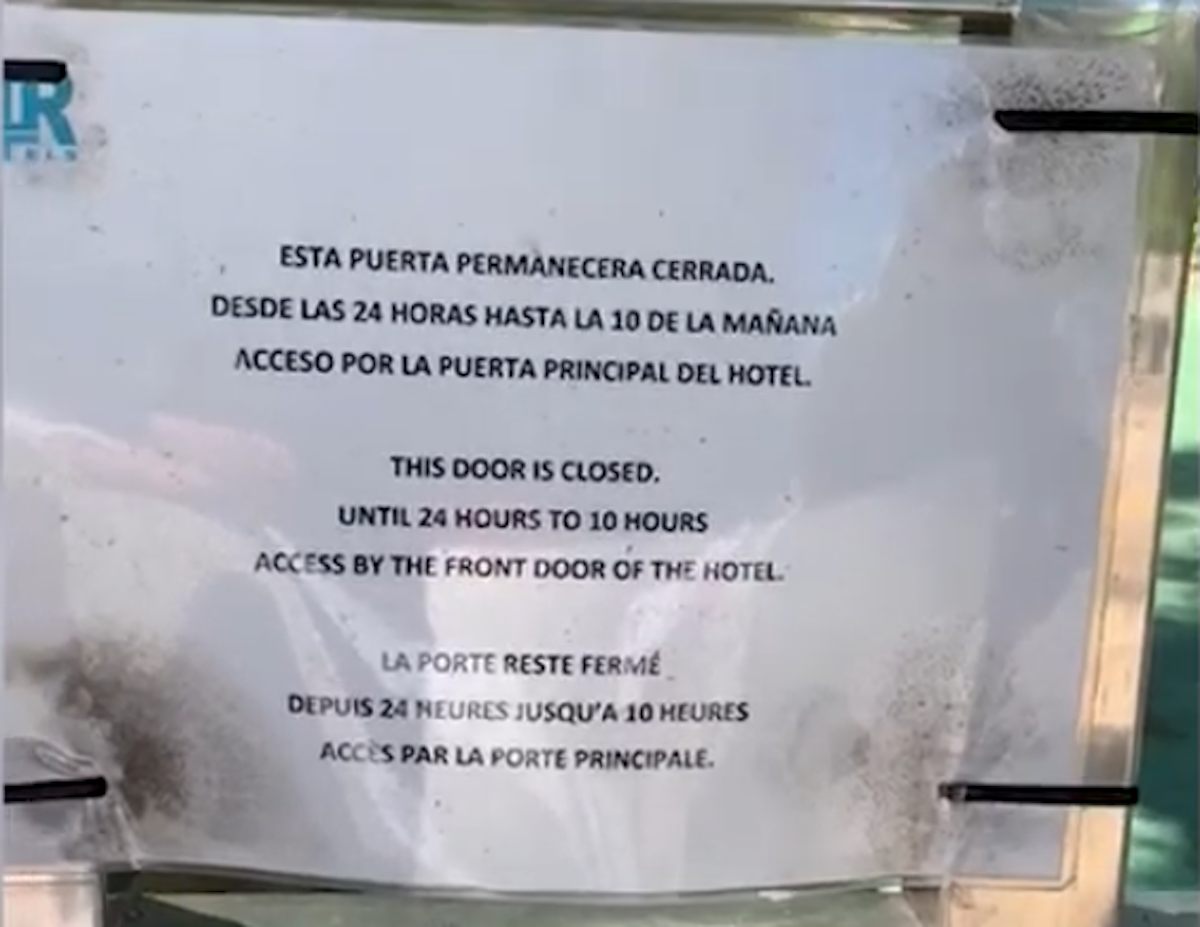 Anita Lorenzo says Loveholidays failed to provide alternative accommodation for her son Lewis and his friends after they discovered their hotel in Magaluf was closed before they flew out.

The mother said she felt she had no choice but to pay for alternation accommodation the night before the boys left for the holiday.

She forked out an additional £600 for an apartment – having already paid £1,500 for a hotel that was not open to guests.

She told Which?: “We had to book something or my son could have ended up sleeping on the beach.” 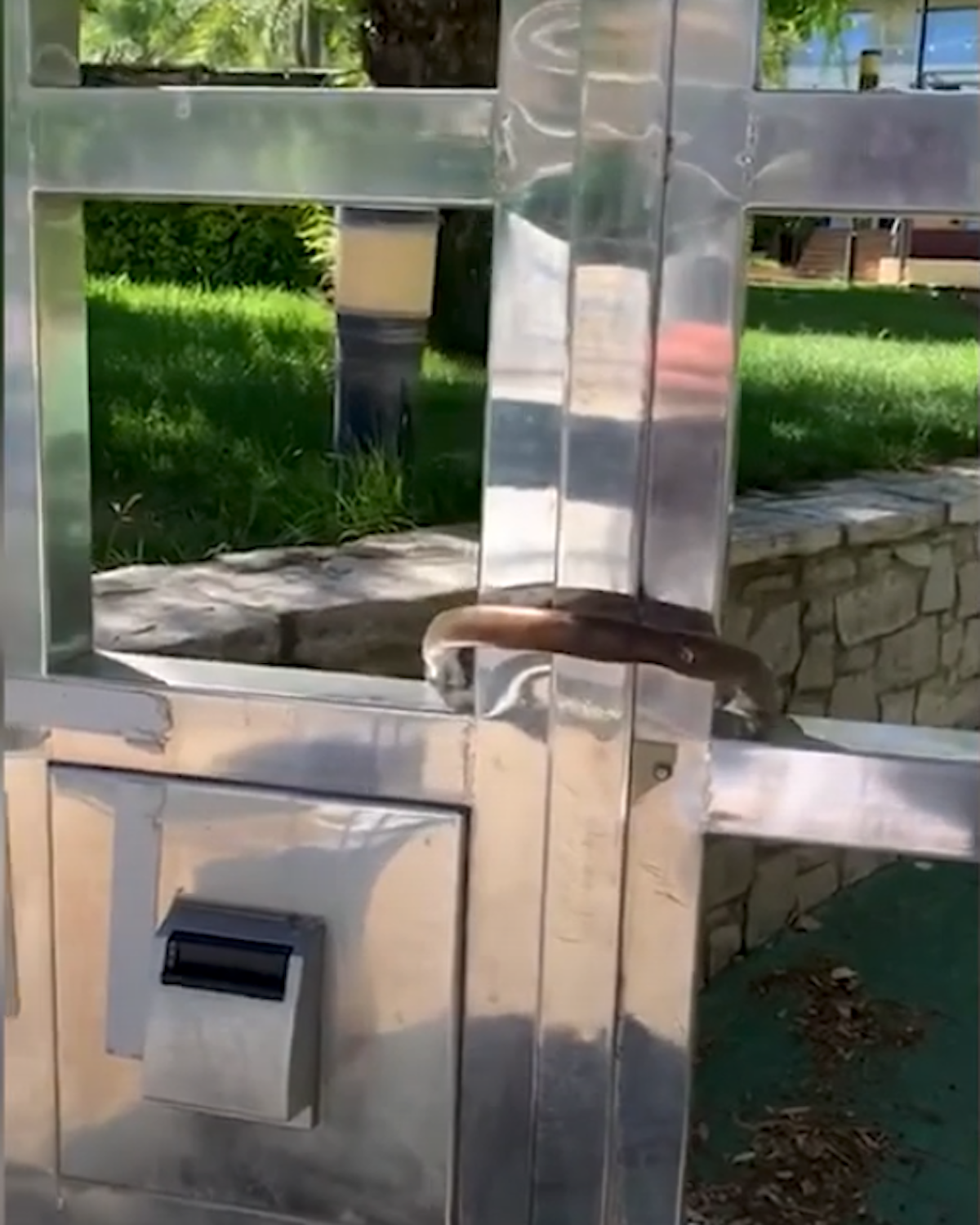 Sammy Liperis was shocked to find his pre-booked all-inclusive four-star hotel in the Canary Islands was shut when he arrived at the resort.

He told the watchdog he was unable to reach Loveholidays, so ended up shelling out for another hotel.

When he finally got through to the holiday company the next day, he said the travel firm could only move him to a nearby two-star hotel.

They also said he would not be compensated for the difference. 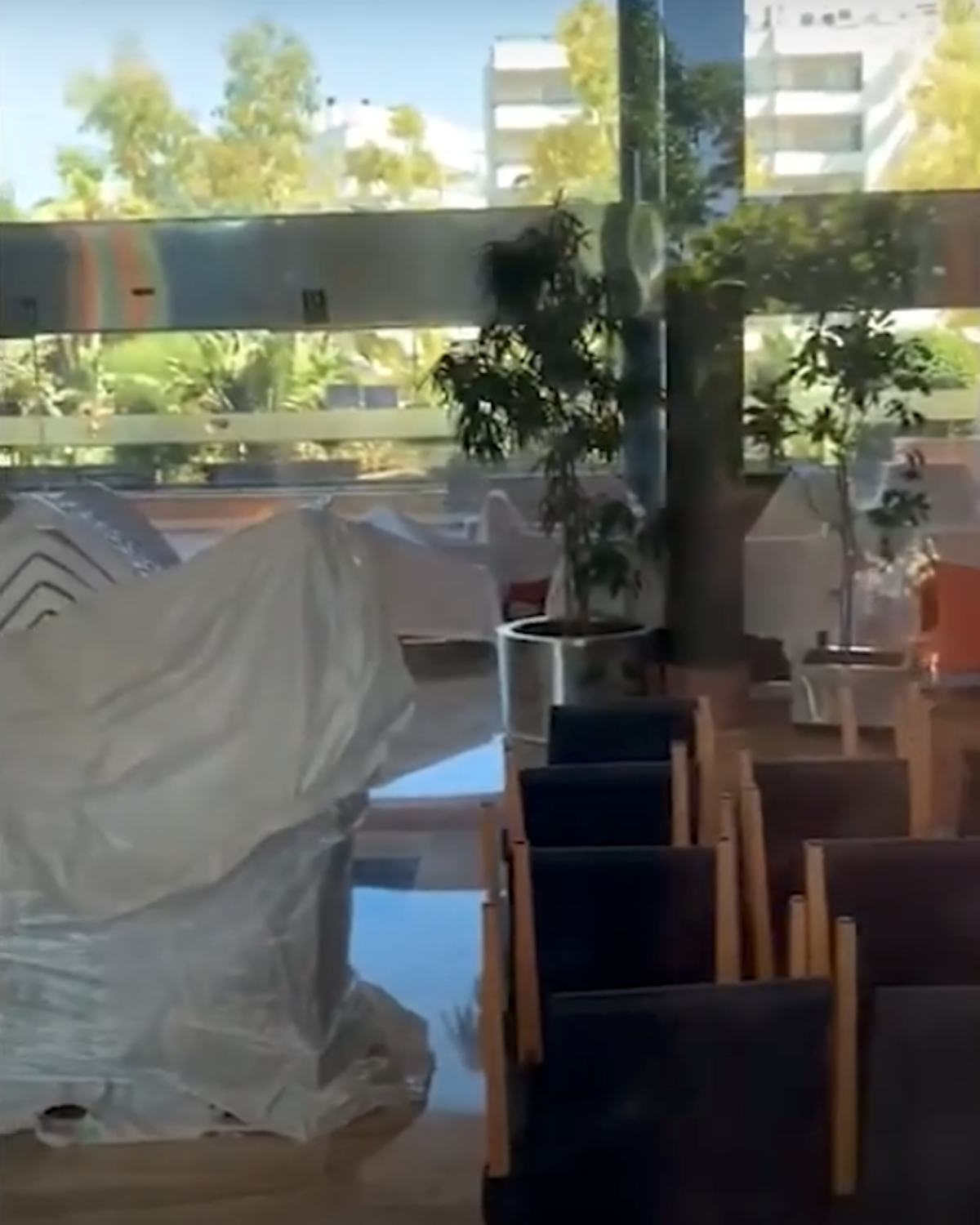 Which? contacted loveholidays about several complaints it received, either from customers who’d turned up and found their hotel was closed, or discovered it was closed before they travelled.

A Loveholidays spokesperson said: “We are working closely with all our suppliers to understand which hotels are open for customers but unfortunately some closures were not communicated to us prior to customers travelling to those hotels.

“We wholeheartedly apologise to the affected customers for the inconvenience and distress this has caused.

“Our customer services team is in contact with them to resolve matters to their satisfaction and ensure that they can enjoy the rest of their holidays.”