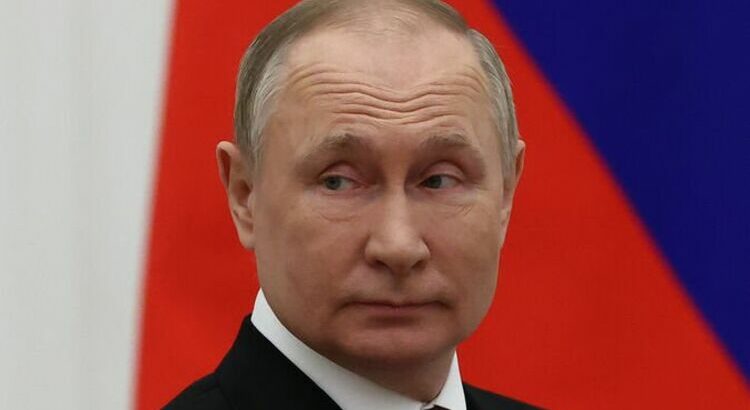 British intelligence officials claim that Russia’s spy agency, the FSB, has been tasked with engineering coups in major cities across Ukraine during the anticipated invasion. This comes as US officials claim Vladimir Putin is infuriated over the constant leaks of top-secret Russian military plans. CNN revealed that Russian military intelligence officials have been heard “grumbling about the exposure of their plans” during intercepts.

The CNN host said: “US officials say there are signs the strategy is working.

“In fact, the Biden administration told us that Putin has been caught off-guard by some of this intelligence that has been released.

“And some intelligence intercepts have picked up Russian military intel officials grumbling about the exposure of their plans.”

Earlier today, according to the Guardian, the UK intelligence assessment was that a Russian invasion would see Moscow strike first against military targets.

Russian forces would then encircle the capital Kiev and other major cities in Ukraine, with spy agents tasked with trying to install pro-Russian leaders.

The revelation is the latest in a series of leaks of Russian military plans from Western intelligence services.

It is hoped that the release of these plots will deter or delay any actual invasion from taking place.

However, no concrete evidence has been released supporting the UK’s latest intelligence assessment.

British intelligence officials, according to the Guardian, claim it is “a central invasion scenario” that would prevent “bloody and high-risk urban warfare”.

Ukrainians determined to stay at home despite Russia's threats

Russia has amassed more than 130,000 troops on its border with Ukraine but denies any intention to invade.

The White House’s national security adviser Jake Sullivan similarly reiterated his claim that President Putin could give an order for military action “essentially at any time”.

Also on Sunday, Joe Biden spoke with Ukrainian President Volodymyr Zelensky for just under an hour on Sunday amid efforts to de-escalate the situation.

President Zelensky has sought to play down the threat of an imminent invasion and urged calm.

The warnings about an imminent war have prompted US officials to evacuate their embassy staff, while more than a dozen countries have urged their citizens to leave Ukraine.