British man, 73, dies of horrific machete wounds after ‘cutlass-wielding masked robber’ attacks him and his wife at their home in St Lucia

A British man has died in hospital after he was savagely attacked by a robber with a machete in St Lucia.

Elias Louisy, 73, and his wife Muriel were slashed in a sickening machete attack as he intervened to stop a man from robbing their house.

Police are questioning three men in connection with the death, which is believed to be linked to a land dispute after initially being treated as a robbery. 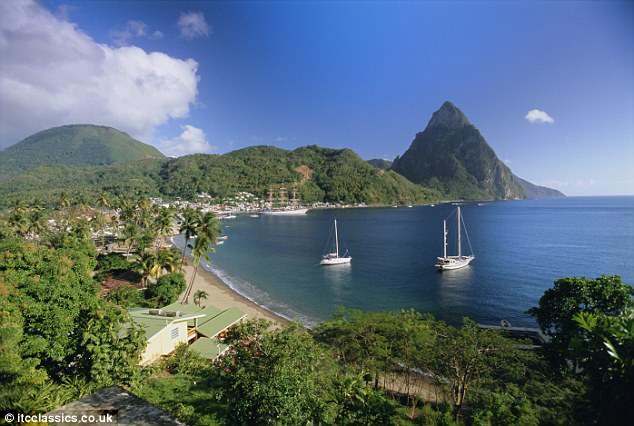 Elias Louisy, 73, and his wife Muriel were attacked by a machete-wielding robber at their home on St Lucia

According to local reports, the pair were both attacked by the cutlass-wielding masked man who broke in through a window.

The couple, who are both in their 70’s, have been living in St Lucia for several years after retiring there from London.

Both sustained serious injuries and had to be rushed to the hospital.

The incident took place in the village of Desruisseaux, where England footballer Jermaine Defoe and his family come from.

‘The two were preparing to leave their home when the wife recognized that her husband appeared to be lingering inside.’ said a source close to the family.

‘When she went to investigate, she is said to have discovered the masked intruder standing with his raised weapon over her injured husband.

‘The woman started screaming, whereupon the bandit proceeded to attack her before fleeing.’