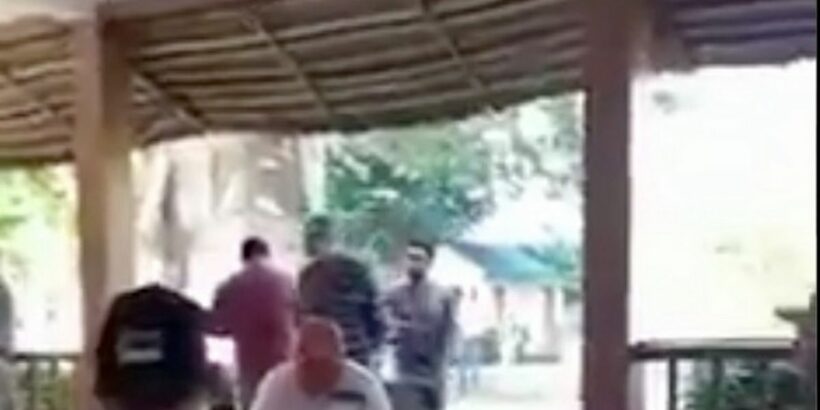 A British man has been killed and at least 40 expats have vanished after ISIS terrorists attacked a group trying to escape a deadly hotel siege.

The victim, who has not yet been named, died after a car he was in was attacked by so-called Islamic State rebels.

His car was part of a convoy of 17 looking flee the Amarula Palma Hotel in Palma, northern Mozambique, on Saturday following a five-day siege in the oil-rich African mining town.

Young children are among the dozens believed to have been slaughtered in the violence, the Sunday Times reports. Many more are understood to have been held hostage.

Eyewitnesses said mutilated and decapitated bodies were strewn across the ground.

At least 40 expats from the UK, France and South Africa are thought to be missing. Exactly how many are British remains unclear.

About 200 foreign workers hid in the hotel during the fighting.

A Foreign Office spokesperson told the BBC: "Our High Commission in Maputo is in direct contact with authorities in Cabo Delgado to urgently seek further information on these reports."

Omar Saranga, a spokesman for the Mozambican Ministry of Defence, said “dozens of defenceless people” had been massacred in the violence.

“The defence and security forces registered the loss of seven lives of a group of citizens that left the Amarula hotel in a convoy that was ambushed by the terrorists,” he added.

The siege has forced thousands of Palma residents out of their homes, with many seeking refuge in the nearby countryside.

The families of the missing men have demanded to know why there was no evacuation plan in place following growing fears the town was a known target for the rebels.

Just 100 militants – many believed to carry ISIS flags – took control of the town of 53,000 residents when fighting erupted on Wednesday..

So far, two Brits have been rescued after the group they were with were found in a forest in Palma by mercenaries from South Africa.

A security consultant told the Sunday Times that the town was "chaotic and with no real sign of anyone on the offensive… the insurgents are doing as they please".

Meryl Knox, whose South African son Adrian Nel, 40, was killed during the conflict, said: "My son's body is still there and I know those savages would have done horrific things to him.

Adrian spent two days at the hotel with his brother Wesley, 37, and stepdad Greg, 55.

A further 190 were also believed to be desperately hoping to be saved.

As the rebels prepared to storm the hotel, a convoy of cars carrying around 60 people tried to break through militant lines and reach safety.

Just seven were able to escape, while the other 10 came under heavy gunfire.

Human Rights Watch said witnesses described "bodies on the streets and residents fleeing after the… fighters fired indiscriminately at people and buildings".

The hotel was later destroyed.

Helicopters brought in to rescue the remaining expats, workers and dignitaries throughout Saturday were also targeted by ISIS gunman.