British mother, 45, died during holiday in California after car she was in with son rolled backwards on steep hill and plunged off the roadside, inquest hears

A British mother died on a dream family holiday when the car she was sitting in rolled backwards down a hill in a freak accident.

Patricia Sanz Munoz, 45, was travelling in the car with her husband and 12-year-old son in California when tragedy struck.

The family from Reading, Berkshire, were driving up a steep hill when they came across another car that had spilled mounds of dirt on the road.

Chris Parsons, Patricia’s husband, pulled the car to the side of the road and got out of the Hyundai Santa Fei to help clear up the spillage.

The SUV started to roll back down the hill in Mendocino, California. 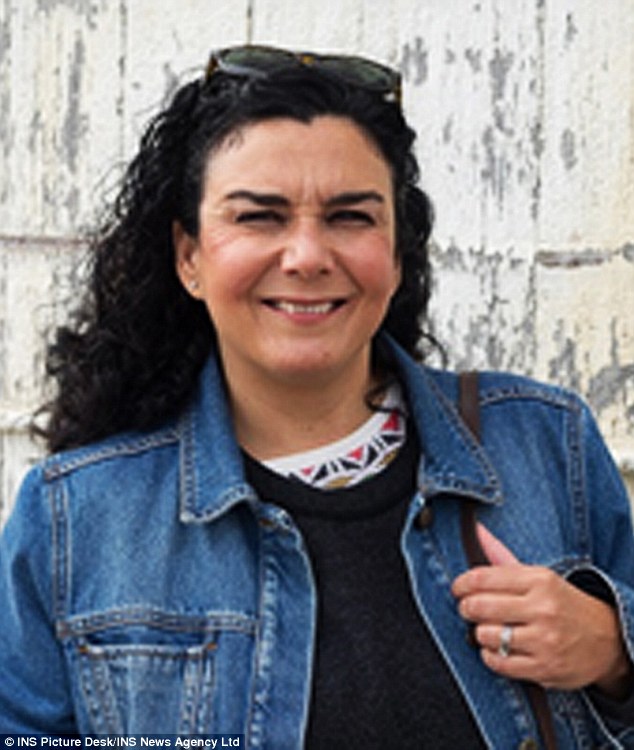 Patricia Sanz Munoz, 45 years, was travelling in the car with her husband and son when she died. Chris Parsons had pulled over and got out when the car rolled backwards

The car plunged off the side of the roadway and both Patricia and her son were flung from the vehicle, on July 16.

Emergency services rushed to the scene but by the time they got there Patricia was already dead, America reports said.

Luis Parsons, 12, was taken to a children’s hospital where he was treated for minor injuries.

Those who knew Patricia have paid tribute to her on a Memory Giving page which has raised £1,225 so far.

Rosa Lombardo said: ‘In memory of Patricia, one of the most wonderful, kind and energetic person I’ve ever met in my long career in Vodafone. She was one the brightest mind I’ve met, ambitious to do more and achieve great results.

‘Patrica was always available to help and I remember her always smiling. This is how I will continue to remember her.’

Clare Kingswood said: ‘Pat was always so bright and warm and welcoming every time I saw her. In memory of an inspiration who has touched many people’s lives for the better.’

An inquest into the death has been opened and adjourned by the Berkshire Coroner.

Californian Highway Patrol determined that alcohol and drugs were not a factor in the crash.

A spokesman for the patrol said: ‘It was determined the vehicle occupied by the three parties was traveling east on State Route 128 up a steep incline and came upon a party that had spilled bails of dirt in the roadway. 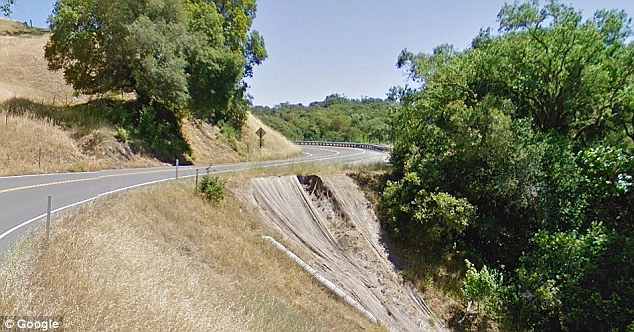 The steep verge from which the car rolled in California. The family had stopped to help when dirt had spilled across the road from another vehicle

‘The rear passenger sustained moderate injuries and was transported to the Oakland Children’s Hospital. Alcohol and drugs were determined to have not been a factor in this collision.

The date for the full inquest has yet to be set.