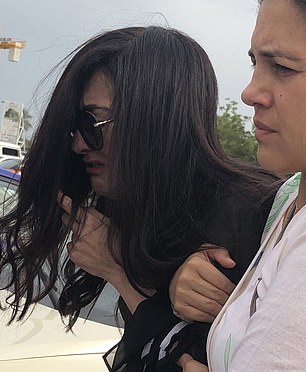 A British mother held in Dubai over an insulting Facebook post wept uncontrollably today after being told she could not go home.

Laleh Shahravesh collapsed in tears outside the courtroom where she sobbed into the arms of four local women following an appearance before a judge in a Dubai courtroom.

She had to be helped into a wheelchair and taken back into the court building wailing ‘no no’.

The 55-year-old single mother now faces being held in the UAE for another week before any decision is taken over her fate by breaking the country’s strict cyber crime laws.

Her passport has been confiscated and she will be forced to continue staying in a hotel while on bail.

After recovering from the shock Laleh told MailOnline: ‘I just feel so sick and don’t know how I am going to cope with more time here.

‘I really had hoped that the case would be dropped and I could go home to my daughter Paris.

‘I know she is going to be devastated like me when she finds out. I’m not sure how we will both cope being apart.’

As Laleh was helped into a taxi sobbing she cried out ‘I’m going to die’. 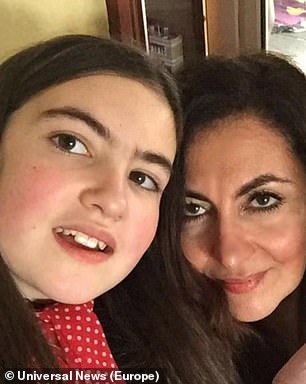 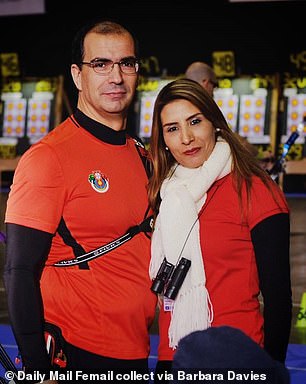 Ms Shavravesh (pictured, left, with her daughter) insulted her ex-husband and his wife (right)

She was so upset that a local woman who had been attending court and never met her before walked her to a taxi. The bystander said: ‘She was in a terrible state and I just had to help her.’ 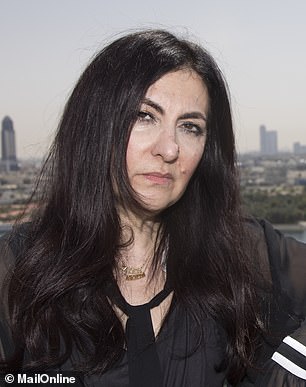 The British mother (pictured) broke down this morning

During a short hearing Ms Shahravesh was told that a lawyer representing the the woman who has filed a cyber crime complaint wanted she more time to study the case and asked for a delay.

The lawyer representing Samar Al Hammadi told the court she is new to the case and needs time to study the complaint file.

The judge said he would make a decision later but after Ms Shahravesh’s lawyer told her it will be a week she collapsed in tears.

Laleh had been charged with insulting behaviour over a three-year-old Facebook post where she called her late husband’s second wife a ‘horse’.

She is the first Briton to be charged under the UAE’s cyber crime laws that make it criminal offence to write defamatory and insulting words and post them on social media.

Al Hammadi was not in court for the hearing that lasted less than five minutes. Ms Shahravesh’s Michael Haloub told the court the case should be resolved quickly as it was attracting international attention 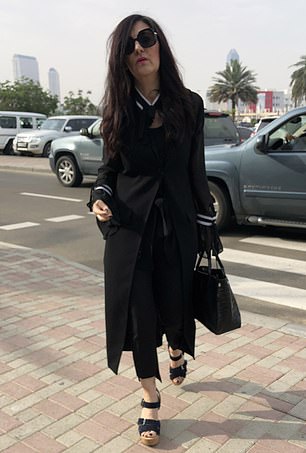 He told the judge the two women should meet for settlement.

The judge said he would make a decision later today but Laleh fled the courtroom in tears after being told the adjournment would most likely be a week.

She stood weeping on the steps of the courtroom being comforted by local women.

Al Hammadi had claimed she was the victim of a hate campaign waged over email and social media by Ms Shahravesh.

She first complained to police about a post written in October 2016 on Ms Shahravesh’s own Facebook page where she was described as a horse.

Ms Shahravesh had no idea about the complaint and was arrested on an outstanding warrant on March 3rd when she arrived in Dubai with her 14 year old daughter Paris.

They had travelled from their home in Richmond, south-west London, after her ex-husband Pedro collapsed and died from a heart attack aged 51.

Even though the insulting Facebook post was written while Ms Shahravesh was living in the UK the UAE’s cyber crime laws meant that as the ‘victim’ was in Dubai a prosecution could be brought.

Shahravesh’s passport was seized and she was warned that if the case went to trial it could be several months before a date was set for a hearing. If convicted she could have been jailed for two years and fined £50,000.