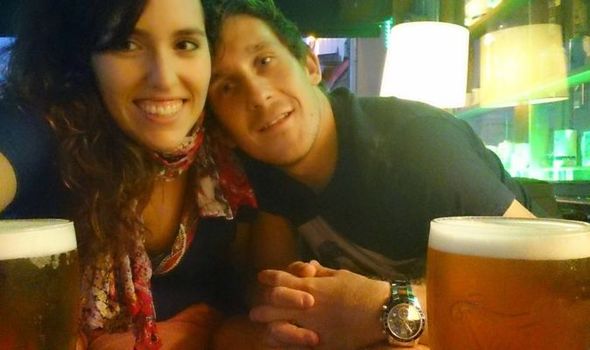 Richard Addicott and Rita Garcia Bolanos died with Rita’s father and sister, Ivan and Marta Bolanos, at 9pm on Tuesday. It is feared their car spun off a road in bad weather. The tragedy was discovered the next day when a road worker noticed barriers had been damaged and saw the car below.

The group had been visiting Rita’s grandmother in Artenara before driving back to Las Palmas, where the sister and father lived.

The accident happened 10 minutes into their 90-minute journey – in fog and rain.

Officials believe no other vehicle was involved. It is not yet clear who was behind the wheel.

Richard and Rita lived in London where he worked as a captain for Norwegian Air, according to local reports and information on social media.

However, they often returned to Gran Canaria to visit Rita’s father and her grandmother, local newspapers reported.

Marta was known on the island as an active person who participated in local sports and had also taken part in local politics.

Ivan, a widower, grew up in northern Spain before moving to Gran Canaria.

Rescue workers are still trying to recover the bodies from the bottom of the ravine.