SCRAPING ice off the car, having to get into a freezing bed at night – and your cuppa going cold quicker than usual are among Brits’ biggest winter bugbears.

A study of 2,000 adults also found that brollies being blown inside out by the wind and constantly having chapped lips are among the 50 worst things about the chilly season. 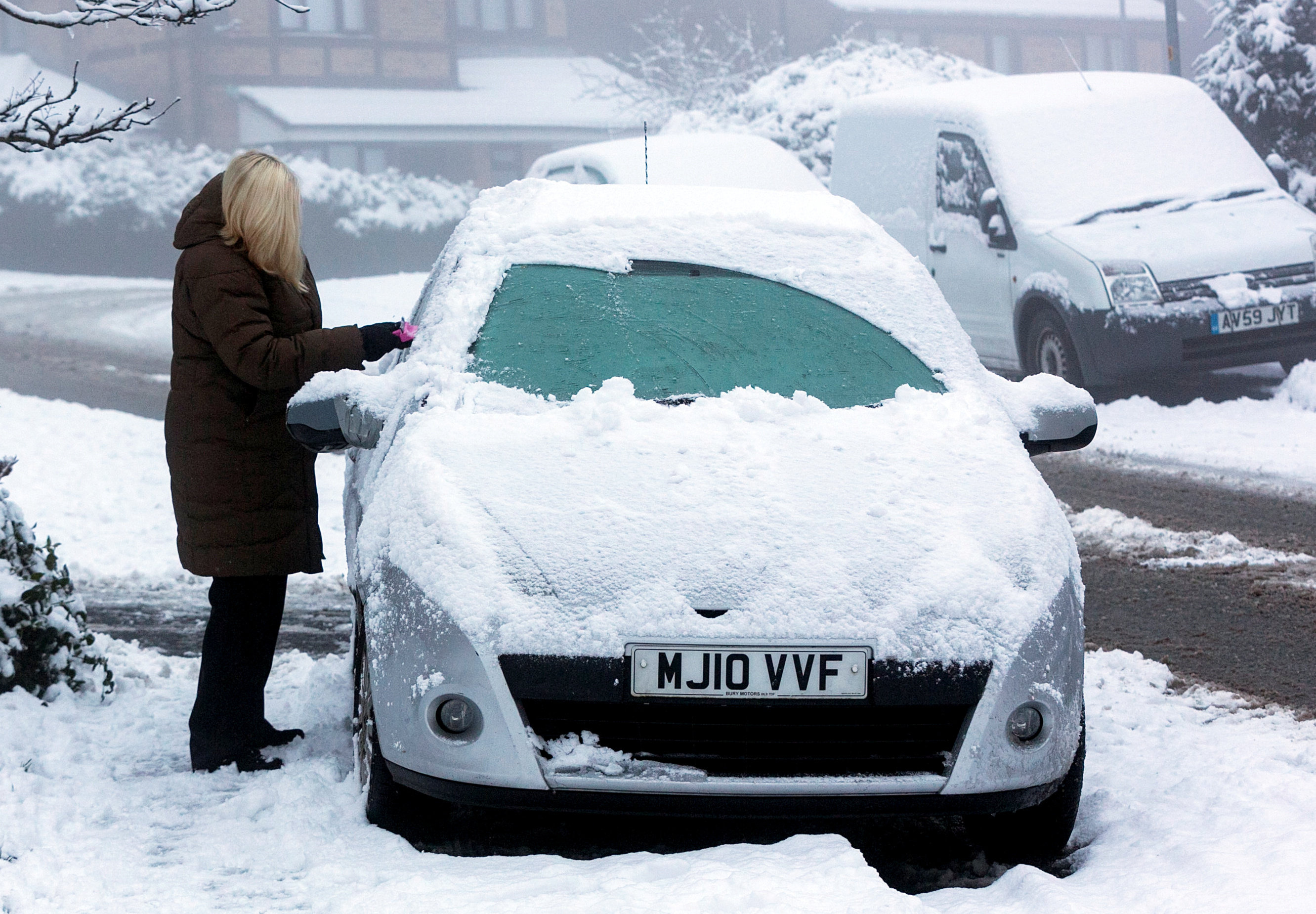 And at a time of year when we’re most likely to seek refuge from the weather indoors, it seems Brits often get wound up by things in and around the home.

Having to get out of a warm, cosy bed when the house is freezing cold, having higher heating bills to pay, the laundry taking too long to dry and draughts around the house also featured on the list.

And with eight in 10 enjoying nothing more than curling up on the sofa in their warm home when the weather sets in, one in four said a broken boiler would be their ‘worst nightmare’ –  especially over the festive period.

Sheena Anker, service and repair engineer for British Gas, which commissioned the research, said: “There’s plenty to like about winter – although, as our survey found, there are also plenty of things that aren’t quite so popular.

“Around the home at least, there are some simple steps people can take to help make sure their heating system is working effectively and efficiently.

"As well as keeping everyone warm and safe, a system that’s in good shape will keep bills down, too.”

Ten most annoying things about winter

1. The days being too short
2. Having higher heating bills to pay
3. Missing the sun
4. Scraping ice off the car windscreen
5. Dangerous driving conditions
6. Always being cold
7. Falling, slipping and sliding on ice
8. Having to get out of bed when the house is freezing cold
9. Hanging laundry indoors and it taking ages to dry
10. Getting out of the shower when it's cold

The study also found that on average, Brits get wound up by something winter-related six times a week.

And it takes just five weeks after the official ‘start’ of winter on December 1 for people to feel sick of it and wish for spring to arrive.

While 17 per cent suffer with cabin fever from not spending enough time outside, the flipside for 30 per cent is a fear of leaving the house when there’s slippery, and potentially dangerous, ice outside.

In fact, 48 per cent said given the choice, they’d prefer to batten down the hatches entirely and hibernate for the whole season.

It also emerged that one in five adults can’t stand not seeing daylight before or after work.

And a further four in 10 feel unhappier in winter than they do in summer.

A fifth think they are less productive, and more than a third confess to doing less exercise during the colder months.

In fact, one in 10 have even moved to a different country to escape Britain’s bleak winters, and another third are considering it.

To help create a haven for themselves on cold nights, a third of Brits have already bled their radiators this year, and another quarter plan to.

One in five have been busy fitting draught excluders around the house and three in 10 have insulated their hot water systems to protect them from the cold.

But 34 per cent of those polled, via OnePoll, admit they are yet to have their boiler serviced this year, putting themselves at risk of a heating or hot water crisis.

And if simple heating-related problems like frozen pipes were to arise in the home during winter, more than half of the nation wouldn’t feel able to resolve them without calling on an engineer for help.

Sheena added: “It’s encouraging to see that lots of people are proactively making sure their homes can withstand the weather, to reduce the likelihood of a heating or hot water crisis in the coming weeks and months.

“During the now-legendary Beast from East, frozen pipes were the most common problem faced by our customers.

"Wrapping your pipes up warm is the best way to stop the water inside from freezing – and insulating materials are an easy, cost-effective solution, available from most hardware stores.

“Regular boiler servicing is another tried and tested way to spot any small problems before they become big ones, and turning your central heating on for at least an hour a day – even if you’re away – will help keep it running smoothly."