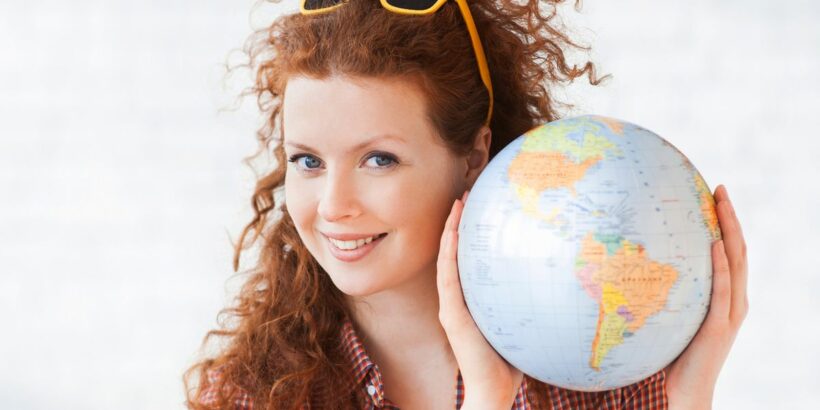 The UK's young adults need to swot up on their geography after research revealed more than half of Gen Z were unaware the Eiffel Tower is in France.

Just 43% of this age group were able to correctly highlight Germany on a map.

The survey, of 2,000 UK adults, found 49% agree their knowledge of geography is not very good.

But this figure rose to seven in 10 respondents aged 18-24 – who struggled to identify countries on a map and name where some of Europe's most popular tourist attractions are located.

Despite being one of the world's most popular tourist attractions, with more than seven million visitors per year, 15% of all respondents didn't know the Eiffel Tower is in France.

The research was carried out by private Covid test company Medicspot, whose spokesperson said: "As restrictions ease, more and more people are wanting to pick up their passport and leave the UK for some adventures abroad.

"Tourist attractions like the Colosseum in Rome and the Sagrada La Familia in Barcelona are popular with people of all ages, but some of the population could do with a tour guide or a book on Europe."

Medicspot has now created an 'incorrect map of Europe' puzzle – with readers encouraged to see if they can spot the 10 mistakes.

The study also found the average UK adult has visited six different countries in Europe outside of the UK, with 41% wanting to visit the continent this year.

However, more than a quarter (27%) couldn't place Germany on a map, while 26% incorrectly located France.

And almost a third (30%) couldn't point out Switzerland – with 24% getting Spain wrong.

Just a quarter (23%) correctly picked out Portugal on a map, while a fifth (19%) correctly located Italy.

When it comes to famous landmarks and tourist hotspots, many need to do a bit of revision with more than a quarter (27%) thinking La Sagrada Familia, Gaudi's unfinished masterpiece in Barcelona, is in either Italy or France.

Just 62% were aware that it is in Spain.

Two thirds correctly said the Parthenon is in Greece, however, 18-24-year-olds were more likely to think it was in Italy, Portugal or Spain.

And 40% of respondents, surveyed via OnePoll, didn't know the mountain range that straddles France and Spain is the Pyrenees.

A spokesperson for Medicspot added: "Thanks to the vaccine rollout, more and more of Europe is opening up to tourists from the UK.

"After being limited by what we can do for so long, it is a great opportunity to visit some of the most beautiful places and attractions the continent has to offer."