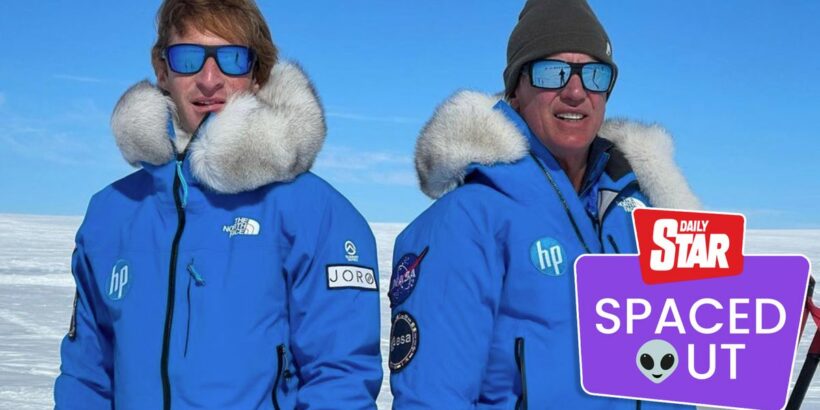 A pioneering mission to find out what conditions will be like for the first explorers on Mars is taking place right here on Earth.

NASA is tracking two British explorers who are dragging sleds across over 2,000 miles of Antarctica’s most remote region as part of an experiment to understand how future Mars explorers will cope.

Over the 80 day “Chasing the Light” expedition, Justin Packshaw and Jamie Facer Childs will receive no outside assistance, and use no mechanical aids, relying solely on their own physical and mental strength to drag their 440lb sleds close to the Antarctic’s pole of inaccessibility – the point on the southern continent furthest from the sea.

The pair will be collecting their own faeces, urine and other body fluids along the way to help scientist show their bodies react under such extreme stress.

As well as valuable information about humanity, they’ll also be collecting data about the South Pole itself, which is still one of the most mysterious places on Earth.

No satellites orbit directly over the pole, so they will be gathering new information about weather conditions and radiation from space affecting the region.

The Chasing the Light website explains: “Antarctica has an austere environment that is useful for a range of human and biological research, ranging from isolation, microbial investigations, immunology, and much more.

“Justin and Jamie's mission will allow scientists to observe a rare scientific story of human adaptability, which will ultimately contribute to the ongoing mapping of genomic, physiological, psychological, and environmental data models of human centred space exploration.”

There are a number of challenges for explorers facing such alien environments.

On their second Moon walk, Apollo 14 astronauts Alan Shepard and Edgar Mitchell became confused when they craters they were using as navigational landmarks looked very different on the ground than on their maps.

With no familiar scenery to guide them they had trouble estimating the distance they had travelled, and ended up abandoning a mission to survey the rim of Cone crater despite bing within 65 feet of their destination.

One of Justin and Jamie's objectives is to research this phenomenon, and find solutions to help the first humans on Mars find their way around.