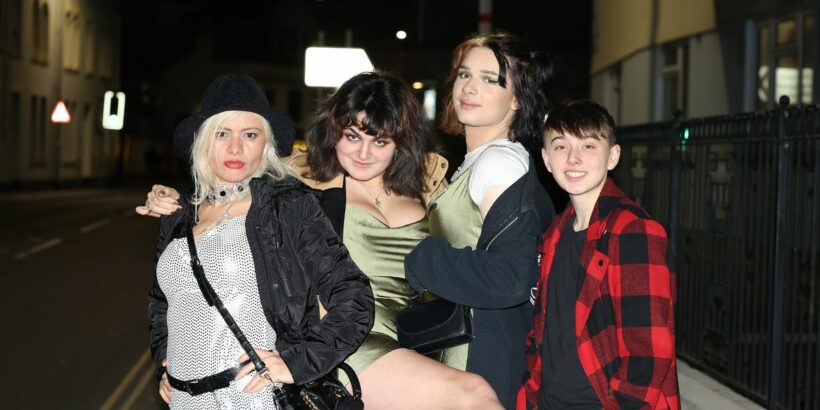 Defiant Brits piled into boozers and dance floors on 'Mad Friday' as Omicron sweeps the nation.

Bars and clubs have stayed open ahead of Christmas but revellers have been advised by the government to prioritise only their most important social activities.

So-called Mad Friday – the last before Christmas Eve – appears to have fallen into that category for those snapped at Christmas markets and outside city centre bars.

Following Boris Johnson's Plan B announcement a week earlier, clubbers were ordered to prove they had been fully vaccinated or had tested negative for Covid-19.

The government has advised people to be cautious over the Christmas period but the Prime Minister has decided against imposing tougher restrictions, or a Plan C, despite the threat posed by the Omicron variant.

And on Friday people appeared to shrug off Covid fears as they headed out to enjoy themselves with snaps showing party-goers in high spirits.

With just a week to go before Christmas many people went to parties in festive gear while others had drinks with friends.

While there may not have been as many people as normal, there were still a lot out and about, the Mirror reports.

Some areas including Manchester city centre did though have a noticeable drop in the usual numbers and in popular areas like the Northern Quarter there were plenty of spaces free.

And the usually bustling Stevenson Square, the home of impromptu parties during Euro 2020 in the summer, cut an eerie scene.

It comes with advice being for people to “prioritise” certain events and “de-prioritise” others.

Chief Medical Officer for England Chris Whitty pointed out many people are going to be infected with Omicron if they socialise, so there was a choice about how much to do.

“Don’t mix with people you don’t have to for either work or for the sort of family things that really matter to you, would be my general advice,” he said.

“But people have to make their own choices”.

He added: “I think what most people are doing, and I would think this seems very sensible, is prioritising the social interactions that really matter to them.

“And, to protect those ones, de-prioritising ones that matter much less to them.

"I think that's going to become increasingly important as we, for example, go into the Christmas period."

The UK reported a record breaking 93,045 Covid cases on Friday, a 60% increase on last week.

Department of Health figures show another 111 people have lost their lives to the virus.

This week has seen a sharp uptick in cases, with Friday being the third day in a row where the grim figure has been beaten – with 88,376 cases being confirmed on Thursday and an additional 78,610 on Wednesday.