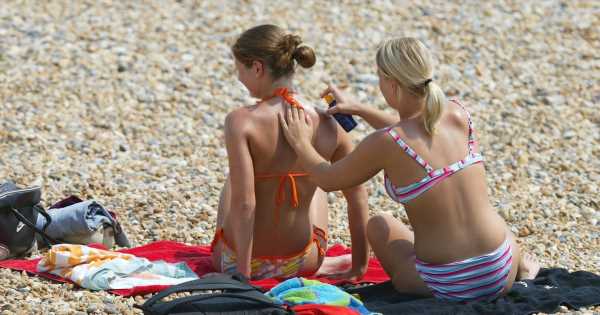 Brits are set for a sunny day as weather temperatures rise to 18C on Sunday (May 29).

There is a clear north-south divide with the sun and warm temperatures in the south as the mercury rises before falling again.

After a fresh start, the day is expected to be dry with blue skies in most places as temperatures slowly begin to reach to 20C in southern and southeast England

People will continue to be able to head outdoors and make the most of the glorious sunshine, as temperatures are expected to dwindle ahead of the Queen's Jubilee weekend.

Met Office Deputy Chief Meteorologist Chris Bulmer said: “After a fine day for most on Saturday, and some on Sunday, cooler and more unsettled conditions will be quite widely established by Monday. “After a cool start to the week, temperatures are expected to return back to around average through the week. What we’re keeping an eye on for the latter part of the week is how far north this plume of warm air comes. This brings the potential for outbreaks of heavy rain in places.

"There’s still a lot to be determined for the Jubilee Weekend forecast. On balance, it looks like after a showery start, though still fine in places, high-pressure will attempt to build from the west bringing more settled and drier weather, at least for some.”

There is still relative uncertainy with regard to next week’s outlook, Met officials have said, as much depends on how the high-pressure system moves in the latter stages of this weekend. It stated: "Next week, a strengthening of the jet stream – which plays a crucial role in driving weather systems towards the UK – looks set to bring spells of unsettled weather through next week for much of the country, although there will still be some periods of drier weather, most likely in southern and central areas."

The UK will enjoy a four-day Bank Holiday weekend beginning on Thursday June 2 to celebrate Queen Elizabeth’s 70 years on the throne.

Events are being planned up and down the country for the historic occasion.