In a new conference Thursday afternoon, Arapahoe County sheriff Tyler Brown told reporters Jeudy admitted to locking a wallet and medical paperwork belonging to the mother of his child in a car when she was trying to leave him and go back home to Virginia. He reportedly claimed he did so because she took one of his three phones and refused to give it back. The woman reportedly said she hides her phone at home due to "jealousy issues" with Jeudy.

The "domestic violence enhancer" was apparently attached because Jeudy has a child with the woman. No violence was said to have occurred.

Jeudy was reportedly held without bond because domestic violence cases require an appearance before a judge to be released from jail. Jeudy will reportedly make that appearance Friday morning.

The Broncos confirmed they are aware of the situation in a statement to NFL Network's James Palmer:

“We are aware of the matter involving Jerry Jeudy and are in the process of gathering more information.” 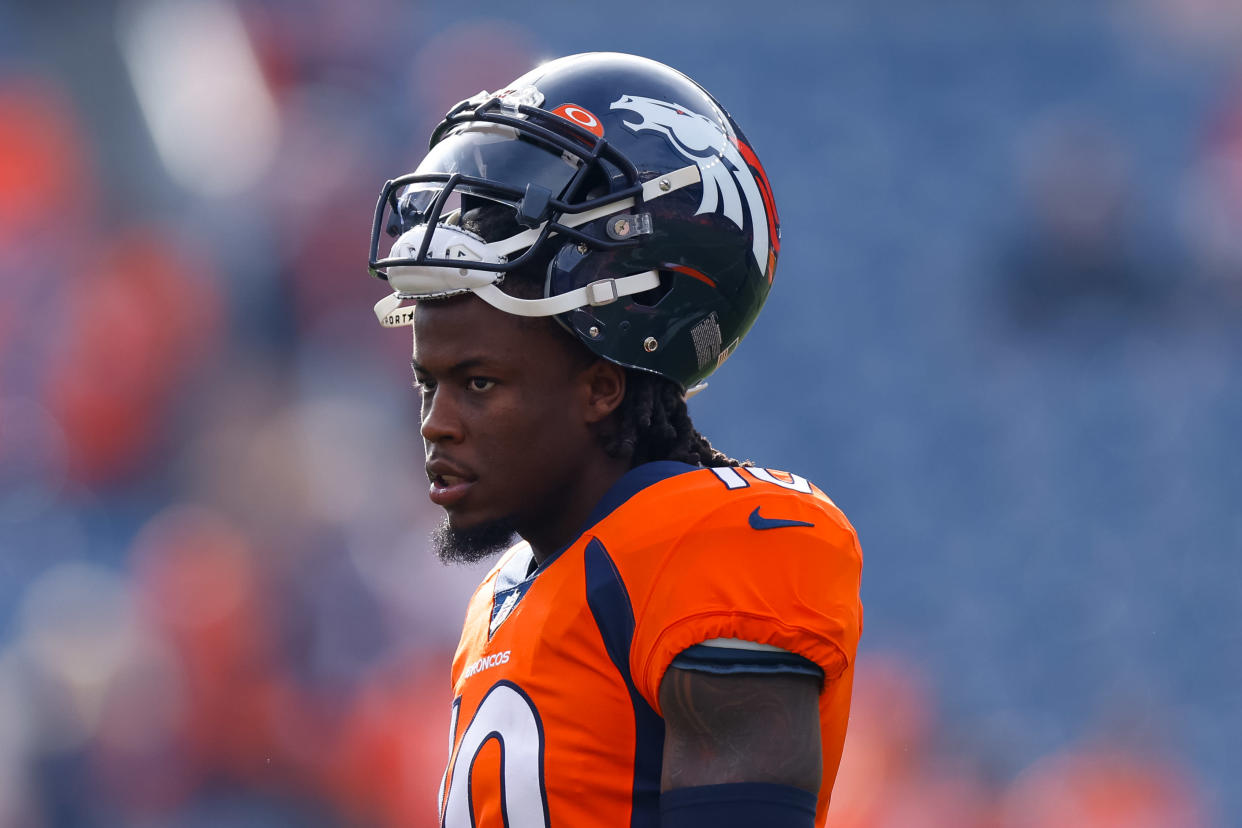 Jeudy is entering his third season with the Broncos, who took him 15th overall in the 2020 draft after a standout career at Alabama in which he won a national championship and the Biletnikoff Award for college football's top receiver.

Jeudy's career has so far been a disappointment, as he struggled with drops in his rookie season while posting 52 receptions on 113 targets with 856 receiving yards and three touchdowns. He missed a significant chunk of last season due to a high ankle sprain.

The Broncos' trade for Pro Bowl quarterback Russell Wilson had many observers seeing Jeudy as a breakout candidate for the 2022 season, but his arrest Thursday could put that in jeopardy.