Driver, 19, who said ‘I’d do it again’ after he killed 16-month-old toddler and three others by crashing his stolen Golf at end of 100mph police chase is jailed for more than 11 years

A driver who said ‘I’ll do it again’ after he killed a 16-month-old toddler and three others by crashing his stolen Golf into their people carrier at the end of a high-speed police chase has been sentenced to 11-and-a-half years’ in prison.

Elliott Bower, 19, was jailed at Doncaster Crown Court alongside his brother Declan Bower, 23, and passenger Mason Cartledge, now 18, who each received seven years and 10 months.

The Bower brothers were wanted by police at the time of the crash involving a people carrier containing seven people and had earlier posted a picture of themselves on social media with the caption ‘f*** da police’.

The driver of the people carrier, Adnan Ashraf Jarral, 35, died along with his son, Muhammed Usman Bin Adnan, who was just 16 months old , and a married couple – Vlasta Dunova, 41, and Miroslav Duna, 50.

Sentencing the defendants, Judge Jeremy Richardson QC, Recorder of Sheffield, said: ‘Each one of you thinks of himself as a local villain who enjoys committing crime.

‘Two of you, the Bower brothers, both enjoy taunting the police. In truth, you are nothing more than a somewhat miserably inadequate group of deeply malevolent local criminals.’ 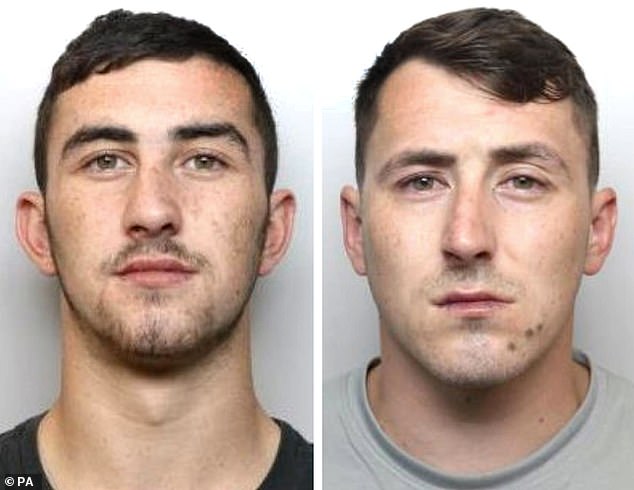 Elliott and Declan were wanted by police for questioning in relation to serious offences at the time of the crash in Sheffield in November, Doncaster Crown Court heard.

Richard Wright QC, prosecuting, said the pair, along with another Cartledge were all engaged in a ‘pro-criminal lifestyle’ and were ‘resolved not to surrender to custody’.

Mr Wright said that, in the days before the fatal crash, the brothers posted a picture of themselves on social media in a ‘deliberate and gratuitous taunt’ to police.

The court heard the picture showed the two men ‘grinning inanely’, with Elliott holding up his middle finger and with the caption ‘f*** da police’.

On the evening of the crash, the three defendants were travelling in the Golf, which they had stolen and fitted with number plates cloned from another car to avoid attracting the attention of police.

When they were identified by officers, Elliott led their marked vehicle on a five-minute chase over nearly six miles, during which he reached speeds in excess of 100mph, drove on the wrong side of the road on a blind bend and drove the wrong way around a roundabout.

Video footage taken from the police car showed the vehicle struggling to keep up with the Golf, despite travelling at speeds of up to 103mph at times during the pursuit.

The chase only ended when the Golf ploughed into the Volkswagen Touran, driven by Mr Jarral, at a speed of 79mph, instantly killing four of the people in the car.

Elliot abandoned his brother, who had been left trapped in the Golf with a broken leg and wrist, but all three defendants were detained at the scene, the court was told.

When arrested, Elliot said to police: ‘You can remand me if you like. I will get out and I will do bang the same thing again and you lot will have to chase me.’ 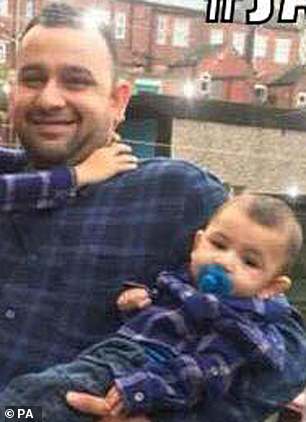 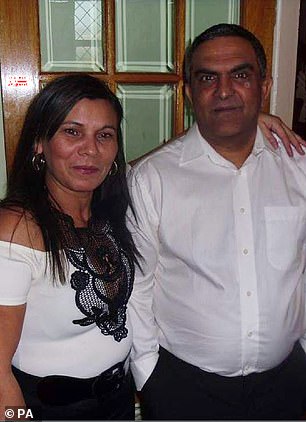 Adnan Ashraf Jarral, 35, and his 16-month-old son Usman Adnan Jarral, (left) who died along with his son and a married couple – Vlasta Dunova, 41, and Miroslav Duna, 50. Images undated

Emergency services found Declan ‘seemingly unconcerned by the severity of the collision’ and ‘casually smoking a cigarette’.

The Touran contained members of two different families who had travelled from London to Sheffield and were just yards from home when the collision occurred as Mr Jarral was turning right on to a residential street.

Mr Wright said: ‘The defendants were travelling so fast that Adnan could not have seen them approaching from his rear when he positioned himself to turn right.

‘He was utterly blameless and could have done nothing to avoid the inevitable collision.’

Mr Wright said there was ‘virtually nothing left’ of the driver’s seat or rear passenger seat in the Touran following the collision after it crumpled to four inches. 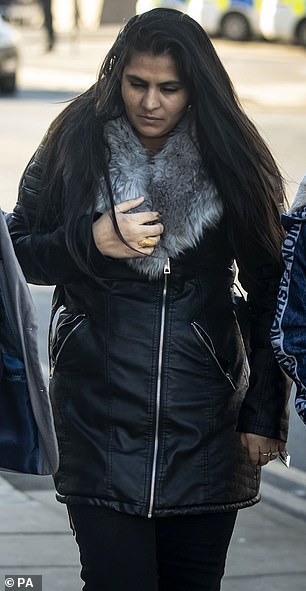 The force of the collision drove the people carrier 13 inches along the road, colliding with three other vehicles and rotating 360 degrees.

In a victim impact statement read to the court Mrs Kroscenova said the families were returning from a trip to London where they had been to ‘get travel documents’ from an embassy.

In emotional tributes she said: ‘We didn’t deserve this and we lost loved ones. I lost my baby boy, who gave me strength and appetite for life every day.

‘I miss his smile, I miss his voice, I never heard him calling me ‘mummy’, the only word he said was ‘daddy’.’

She described her husband as a ‘great father and husband’.

‘He was a wise man and I loved him very much. I miss him more and more each and every day.’

Judge Richardson said the victim impact statements demonstrated the ‘enormity’ of the consequences for those killed and injured.

When he was arrested, Elliott, who, at the time, was subject of a warrant issued for failing to appear at court for breaching a suspended sentence for burglary, told police he was not the driver.

Judge Jeremy Richardson QC, sentencing, told the defendants: ‘You have visited a catastrophe of the highest magnitude on two families.

The judge added that it was ‘one of the worst examples of dangerous driving it has been my misfortune to consider’.

He said each of the defendants shared responsibility for the crash and all wanted to get away from the police. 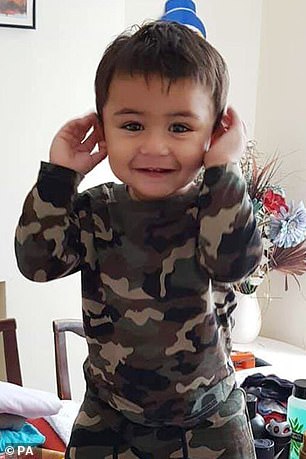 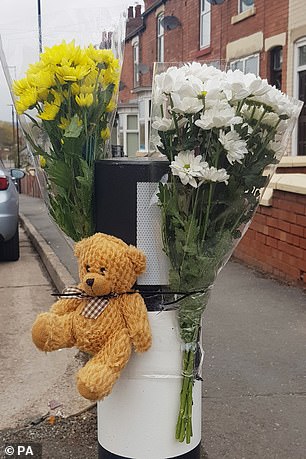 Usman Adnan Jarral, the boy who died in the crash, is seen on the left in an undated family photo. On the right are tributes at the crash site in Sheffield on November 11 last year

The judge continued: ‘Each one of you thinks of himself as a local villain who enjoys committing crime. Two of you, the Bower brothers, both enjoy taunting the police.

‘In truth, you are nothing more than a somewhat miserably inadequate group of deeply malevolent local criminals.

‘Not a jot of blame for this attaches to any police officers. It appears to me the police officer driving the police car in pursuit drove with commendable skill in extremely difficult circumstances.’

Judge Richardson said he will be sending his sentencing remarks to the Secretary of State for Transport, who is currently conducting a review into sentencing for death by dangerous driving cases.

He said it was not for him to suggest changes in the law, but said that it may be worth considering that in ‘exceptional, serious’ cases involving multiple deaths, judges should be able to go beyond the current maximum sentence of 14 years in prison.

The judge told Elliott he would have been given the maximum 14 years if he had not pleaded guilty.