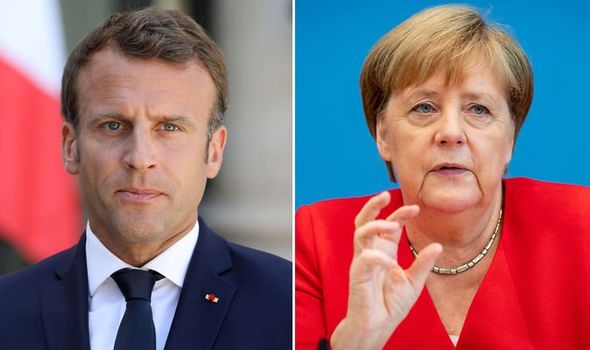 The warning came as 14 EU states approved a new “solidarity mechanism” to redistribute migrants rescued at sea across the bloc. But the agreement faces fierce opposition from frontline state Italy.

“Emmanuel Macron and Angela Merkel are well aware that if we do not bring the current [migrant] situation to an end, it could destroy Europe and completely unravel the [European] project,” François Gemenne told franceinfo radio, adding it was in the bloc’s “political interest” to end the Mediterranean rescue crisis.

Mr Gemenne was commenting on a new initiative launched by Paris and Berlin to form a group of countries willing to systematically take in migrants whenever they disembark from rescue vessels between now and October.

So far, 14 EU states have agreed to the new “solidarity mechanism” following emergency talks in Paris on Monday.

“The conclusion of this morning’s meeting is that, in principle, 14 member states, at this stage, have expressed their agreement with the Franco-German document,” Mr Macron told reporters.

The French centrist did not spell out the specifics, but said that the new initiative would be “quick” and “automatic,” before stressing that “cooperation” between EU states was key to solving the crisis.

According to a draft seen by AFP, the scheme will aim “to ensure the swift and dignified disembarkation of migrants rescued at sea by private vessels in the closest safe harbour”.

The countries will “ensure the relocation of those applying for international protection to our national territories is achieved as fast as possible,” the draft added. 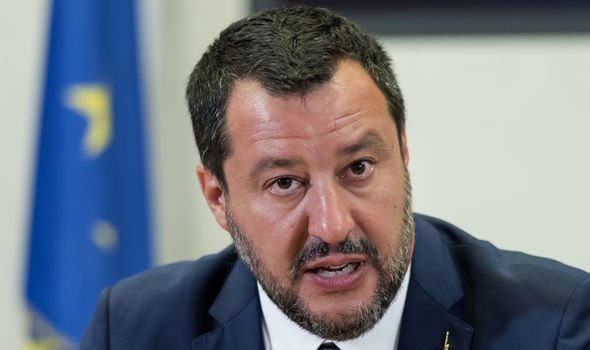 A source close to the French presidency told Reuters that in addition to France and Germany, Finland, Luxembourg, Portugal, Lithuania, Croatia and Ireland had “actively” expressed their willingness to move forward with the new system.

While praising the new mechanism, Mr Gemenne said that Mr Macron and Mrs Merkel had been “a bit optimistic,” and failed to take into account the reaction of the bloc’s populist leaders, namely Italy’s anti-immigration Deputy Prime Minister, Matteo Salvini.

Mr Gemenne also said that Paris and Berlin had launched the solidarity mechanism to stop EU nationalists like Mr Salvini from “politically exploiting” the migrant crisis.

He also warned that the scheme could lead to the creation of a “two-speed Europe” if some EU states, namely Italy, refuse to collaborate.

Mr Salvini, who is also interior minister and the leader of the far-right League party, did not take part in the meeting. In a letter to his French counterpart Christophe Castaner ahead of the talks, the Italian conservative warned of the effect of immigration-related decisions “solely taken in Paris and Berlin”.

Italy, a frontline EU state, took in almost all of the migrants rescued by humanitarian groups at sea until a populist coalition government took office in 2018 and immediately sought to close the country’s ports to charity ships.

The government in Rome has since repeatedly urged more EU states to share the burden of migrant arrivals.

While refugee and migrant arrivals on Europe’s southern shores have dropped significantly since the height of the crisis in 2015, the issue is a hot-button topic that continues to divide the bloc.

According to the United Nations High Commissioner for Refugees, at least 426 EU-bound migrants and refugees have died attempting to cross the Mediterranean sea so far this year.