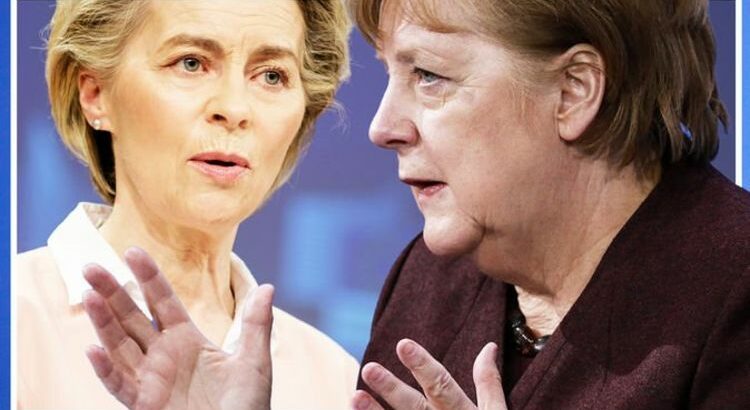 Brussels officials continue to attack Brexit Britain, claiming on the five year anniversary of the referendum vote that the country is “fooling itself” if it believes it could ever be as powerful as the bloc. But in a move that is bound to leave the very same officials red-faced, the German Bundesrat is calling on the federal government to make use of the “opportunities offered by Brexit”.

Following a recent meeting, the council insisted that not just Germany but the whole of the EU should “strive for the closest and fairest possible partnership with the United Kingdom in the future”.

It said it “welcomes” the trade agreement struck by the UK and the EU and would like Germany to make use of the opportunities it presents.

German states hope for relations to become better still, arguing: “It [is] desirable that social and cultural exchange be maintained beyond the agreements made.”

They believe that Germany can now become even more powerful in the EU and should work hard to become “a financial centre at European level”.

The Bundesrat said: “Already today it can be seen that numerous international companies are looking for new locations in the EU or are redesigning supply chains.

“It is in the German interest that as many companies as possible settle in Germany.”

Even on law enforcement across the continent, the council said the UK will continue to be well placed to cooperate with the EU now that it is outside of the bloc.

It said: “With the trade and cooperation agreement it had been agreed to create a new framework for law enforcement and judicial cooperation in criminal matters, which would allow close cooperation between national police and judicial authorities.”

The council urges Germany – and the EU – not to stifle this work with petty bickering but to drive it forward “quickly”.

It notes that “Brexit affects all areas of economic life”, in some ways bad.

But the overall suggestion is that Germany must now work harder to keep up with economic development.

New legal frameworks will have to be devised, the council states, and decisions that result in “an increase in complexity and additional burdens for financial service providers in Germany” must be avoided in the future.

The council falls far, however, from actually endorsing Brexit.

Instead, it argues that Britain should not have left the EU and calls on the EU to all Britain “a way back” if it should ever want to pursue it.

States note that it is vital to prevent Brussels and Westminster from “drifting further apart”.

Amid ongoing rows on fishing rights and treaty clauses, the Bundesrat’s demands are bound to settle some minds.