Sickening footage shows the worker howling in pain as paramedics gingerly lower him ont a stretcher in China's Sichuan Province. 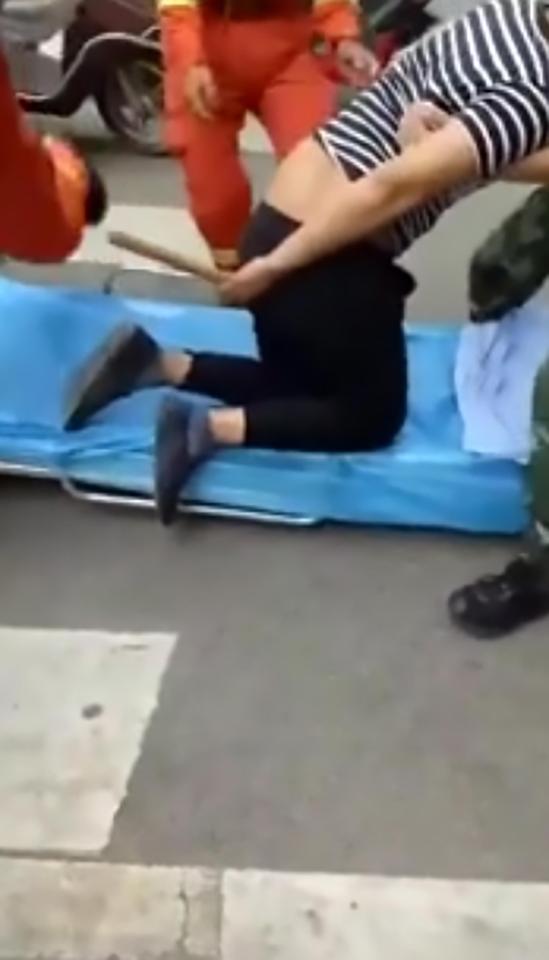 The man was thought to have been working on a nearby billboard before falling into a garden full of bamboo.

He later revealed he actually jumped, expecting a soft landing in the bushes on the ground.

The bamboo is said to have gone so far up his backside that firefighters were urged not to remove it in a bid to stop rectal bleeding.

The fire service said they sawed off a portion of the bamboo pole but left the majority of the object in the man’s backside. 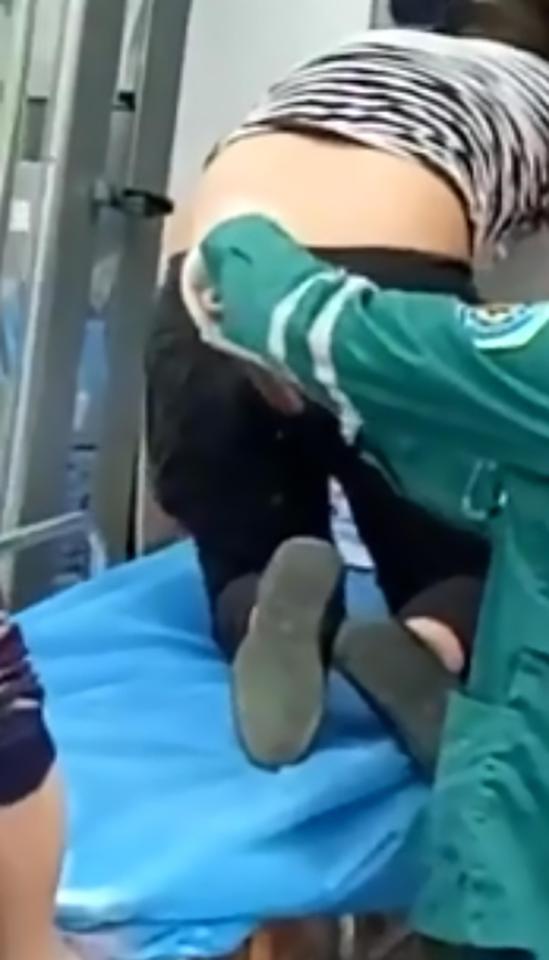 He was rushed by ambulance to the nearest hospital before undergoing a procedure to remove the stick.

He remained conscious the entire time and is understood to be in stable condition after receiving treatment.

It is unclear whether he will suffer any long-term effects from the injury.