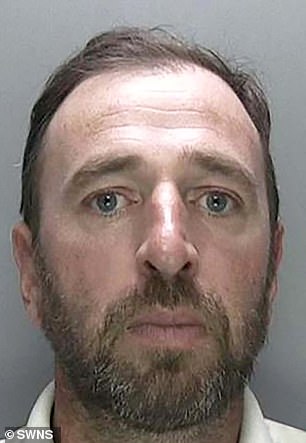 Darren Rowe, 49, of Rowley Regis, West Midlands, uploaded private sexual images of his then-girlfriend onto various sites without her knowledge

Darren Rowe, 49, of Rowley Regis, West Midlands, uploaded private sexual images of his then-girlfriend onto various sites without her knowledge.

Shockingly men visited her at her home saying they had had been invited round following chats with her online.

Rowe admitted two counts of disclosing private sexual photographs and films with intent to cause distress.

But he avoided jail after being sentenced to 12-months in prison, suspended for two at Wolverhampton Crown Court.

The 39-year-old victim initially contacted police fearing they had been posted by a former friend following a falling out.

She later discovered images and a video were also being posted on various messaging platforms. 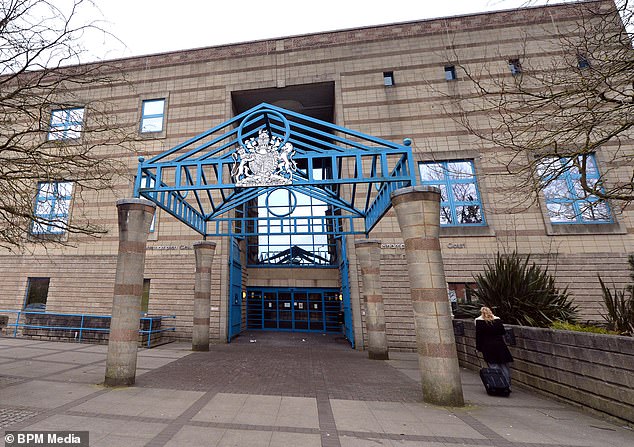 Rowe initially denied any involvement but police traced an email address linked to the images to a property in Stourbridge, West Mids., where Rowe had been working at the time.

When officers arrested him they found a number of mobile phones and electronic devices including data which connected him to the images of his partner.

After the court case, the victim said: ‘Darren put me through hell and affected my mental health, all whilst trying to convince me that he was here to help me.

‘I believe he put me in danger for his own enjoyment and I would encourage any other woman going through something like this to report it.

‘I loved this man unconditionally, and for the man you love to try and destroy you mentally is something that you don’t ever get over.

‘You learn to live with it daily unfortunately, but time is a good healer. If anyone is going through this, I beg you to speak out, you are not alone.

‘Tell a friend or a family member. I know it’s hard, but you can break free..’

PC Lee Newell, of West Midlands Police criminal investigation department in West Bromwich, said ‘This has been a long and complex case.

‘But our investigations revealed that the only person linked to an email address used to transmit the material was in fact Rowe.

‘His victim has suffered a distressing onslaught of online abuse. But following this conviction we now wish her well for the future.’