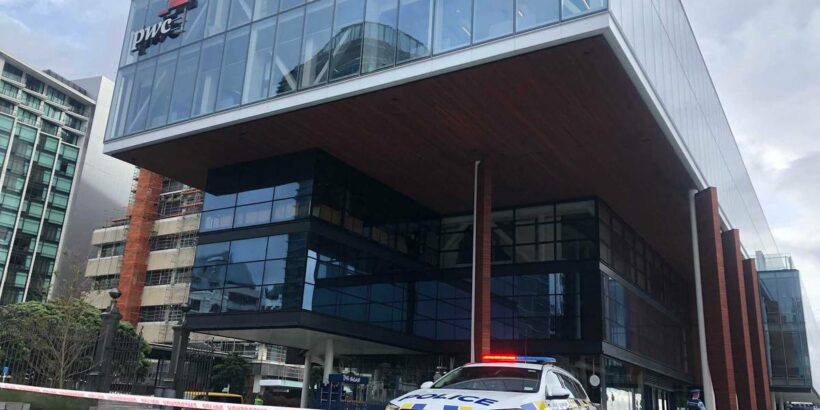 A building on the Wellington Waterfront has been evacuated after a “bomb threat”.

A police spokesperson said the threat was made against “a Waterloo Quay address”.

“Cordons are in place and members of the public are advised to avoid the area.”

An employee from the PWC building told the Herald they were told to “quietly evacuate due to a bomb threat”.

“The only update we were given was that it may take a few hours to clear.

“We also heard the army may be coming to clear the building but we don’t know how official this update is.”

Reporter Jack Crossland said most workers had dispersed into cafes.

“There’s about six police cars on the scene at the moment, there’s a few police outside and I imagine there will be some inside as well.”

He said police vehicles were blocking some of the entrances, and dogs were going into the building.

A post on a Wellington Traffic Updates Facebook page this morning said a police operation was under way because of a reported bomb threat.

It said this would affect southbound traffic into the city on Waterloo Quay and advised people to expect delays.

PWC has not yet responded to requests for comment.