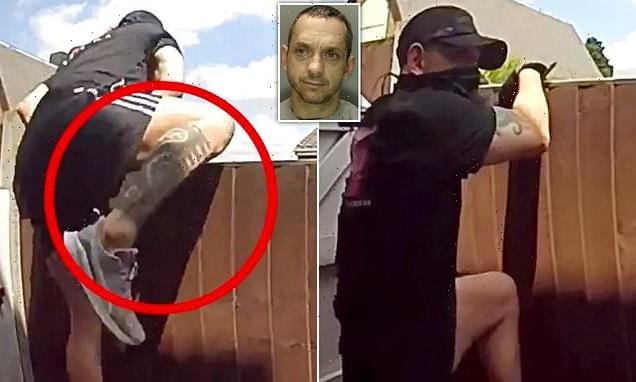 Who’s tat then? Burglar is jailed for three years after being identified on CCTV by wearing shorts that showed off his distinctive leg art

A prolific burglar was caught after he wore shorts during a bungled break-in which showed off his distinctive leg tattoos.

The shorts-wearing crook was caught on CCTV clambering over a fence after he was spooked by a homeowner. 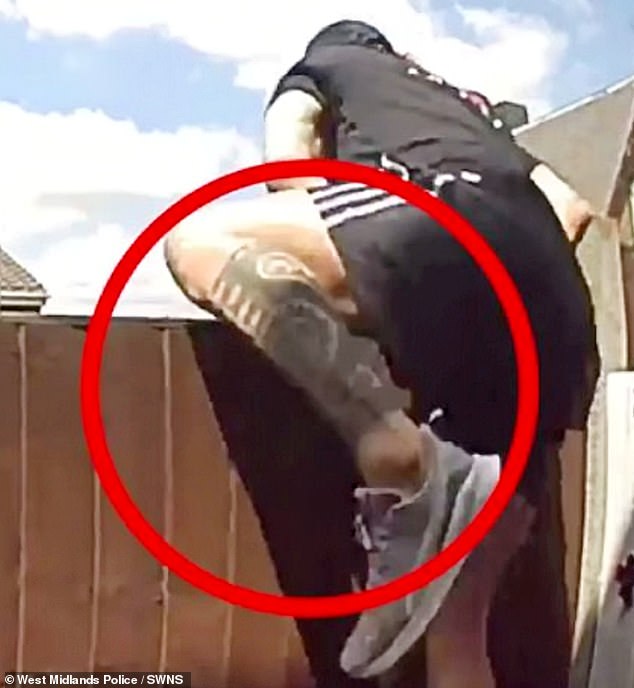 Adrian Stanton, 42, failed to cover his ink and was caught after a social media appeal 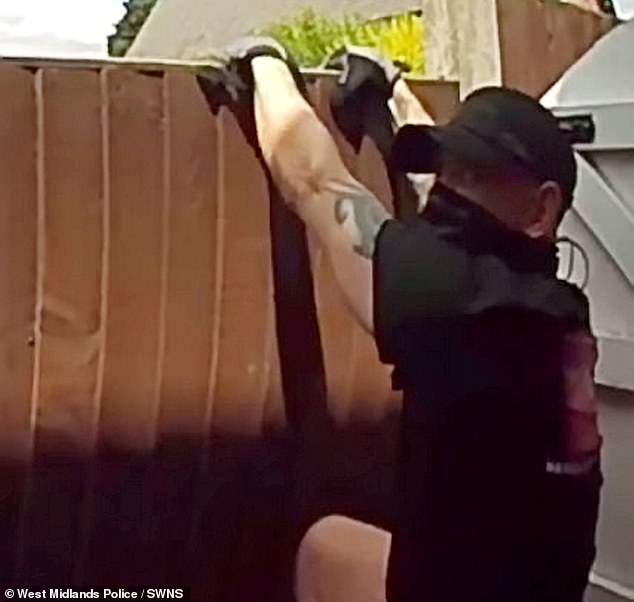 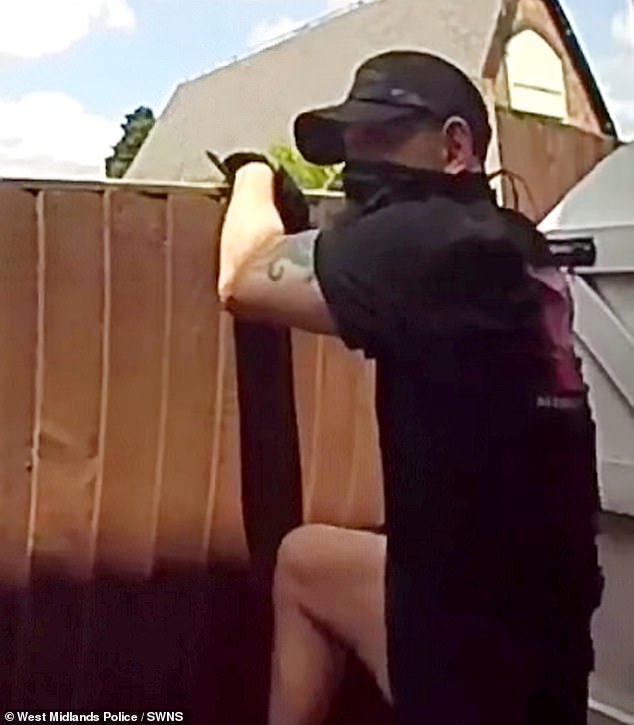 Police posted the footage on social media and they received a tip-off from someone who recognised him from his body art.

Stanton was arrested by beat officers who spotted him in Wednesbury, West Mids., last October.

He tried to run away but was arrested and was identified as being responsible for the burglaries in July and August.

He admitted two burglaries, including breaking into the same property two days in a row, as well as an attempted burglary.

A West Midlands Police spokesperson said: ‘Stanton committed several offences across Walsall and Wednesbury where he broke into homes stealing jewellery, electrical equipment and on one occasion even football memorabilia. 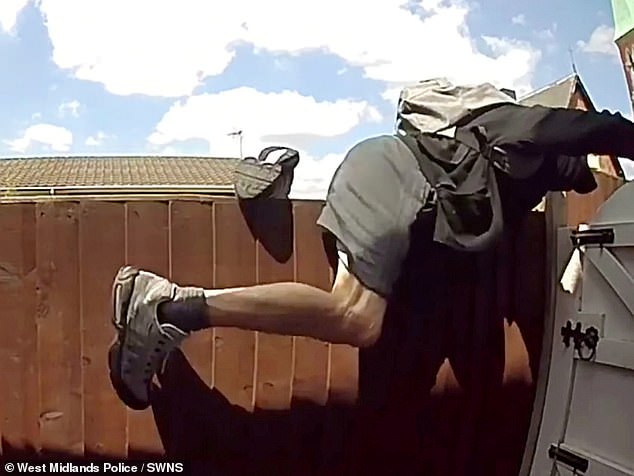 In the video, Staton can be seen making his getaway from the West Midlands property

‘Footage was shared on social media, officers saw the footage and through local knowledge recognised the man to be Stanton from his distinctive tattoos.

‘Investigators also located and recovered a Ford Focus, that was seen leaving a burglary at Stanton’s home address.’

Police are now hunting for Stanton’s accomplice who was with him on at least two of the burglaries.