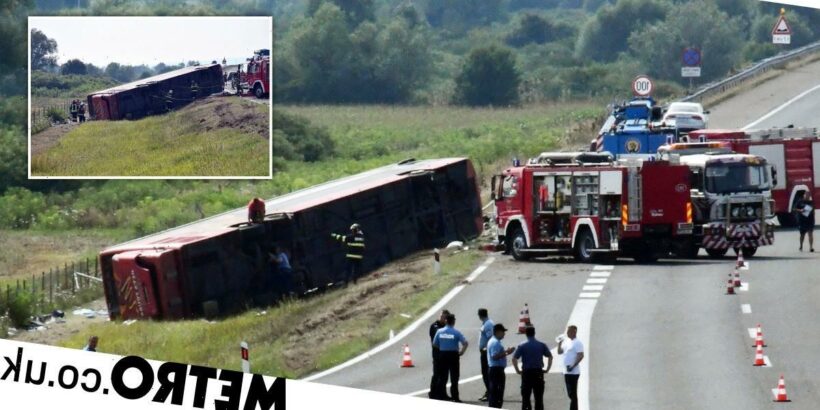 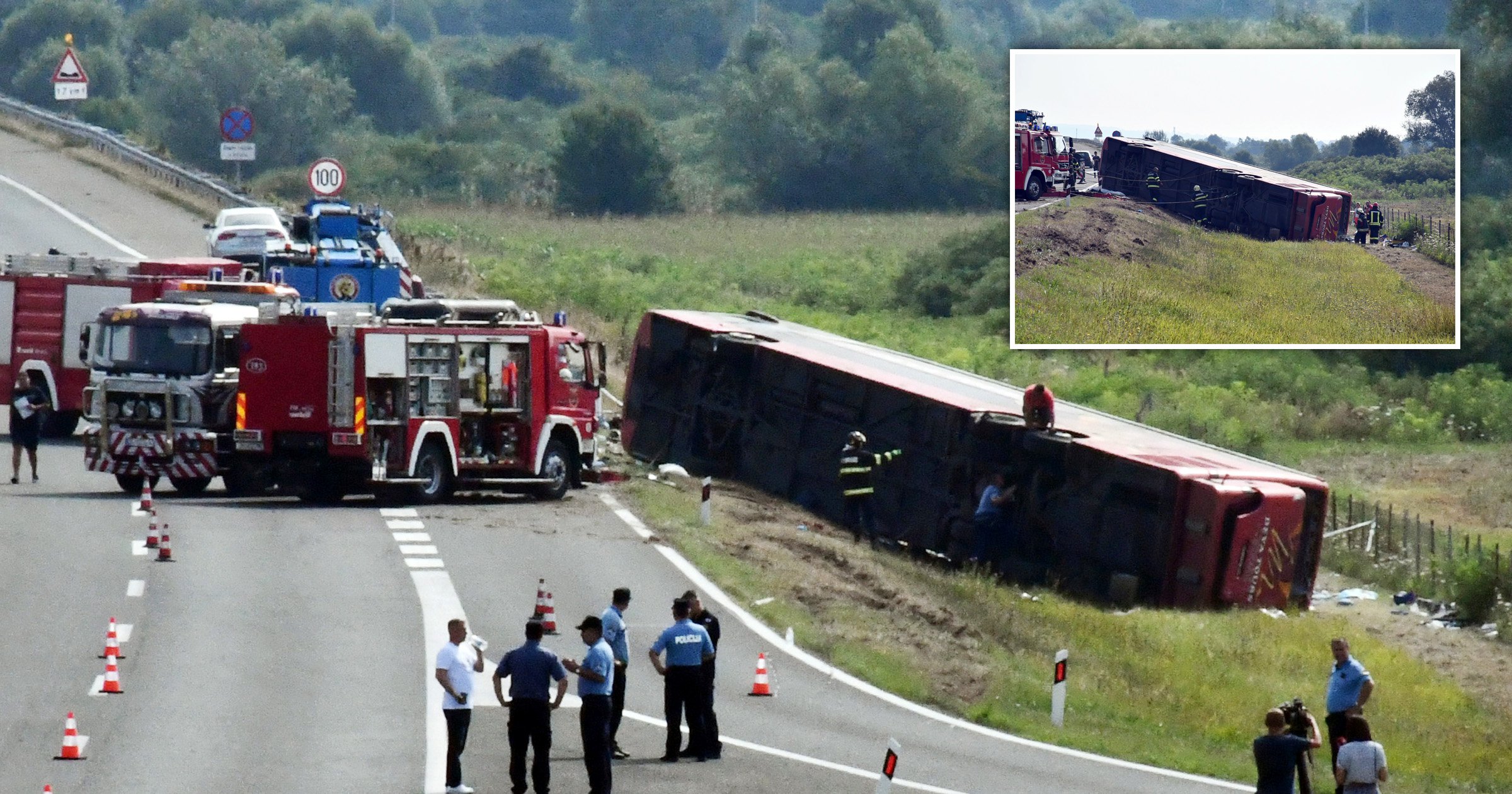 At least 10 people have died after a bus swerved off a major road in Croatia and had ‘one of the worst accidents’ officials have ever seen.

At least 45 people were injured in the crash close to the Serbian border in the early hours of Sunday morning, with reports suggesting the driver may have fallen asleep at the wheel.

Photos from the scene showed the vehicle on its side in greenery on the edge of a road near the town of Slavonski Brod on the highway between the capital, Zagreb, and Serbia at around 6am local time.

Firefighters and rescuers could be seen around the vehicle, while traffic on the motorway was stopped.

Officials said the bus was carrying 67 passengers, including 15 children, and two drivers.

Eight of the 45 people hurt are seriously injured, including a young girl, according to a hospital chief, Josip Samardzic, and health minister Vili Baros.

Local police chief Franjo Galic described the crash as ‘one of the worst accidents I have ever seen’.

Authorities said the bus driver was detained after he apparently lost control of the vehicle after briefly falling asleep.

‘He said he fell asleep for a moment,’ local deputy prosecutor Slavko Pranjic said, according to Index news site in Croatia.

Officers added that the bus had Kosovo licence plates and was on a regular route from Germany to the Kosovan capital, Pristina, south of Serbia.

The cause of the crash was not immediately known but local media reported that the driver admitted briefly falling asleep.

The 45 casualties were taken to hospital in Slavonski Brod.

The Croatian Prime Minister Andrej Plenkovic expressed his ‘sadness and grief’ following the incident and sent his condolences to the families of those who died and the Kosovan people.

In a tweet, he added: ‘We hope the injured will recover’.

Kosovo’s interior minister has gone to Croatia, with top officials offering their condolences and hopes for the swift recovery of the injured.

President Vjosa Osmani is in Tokyo for the Olympics, but used a Facebook message to express her sorrow.

She said: ‘With our heart and in spirit, we are close to the families who lost their loved ones in this tragedy.

‘It is an indescribable pain and a great loss.’

The road is a key route through Croatia which is often busy during the summer because of tourism and foreign workers travelling home from Western Europe.