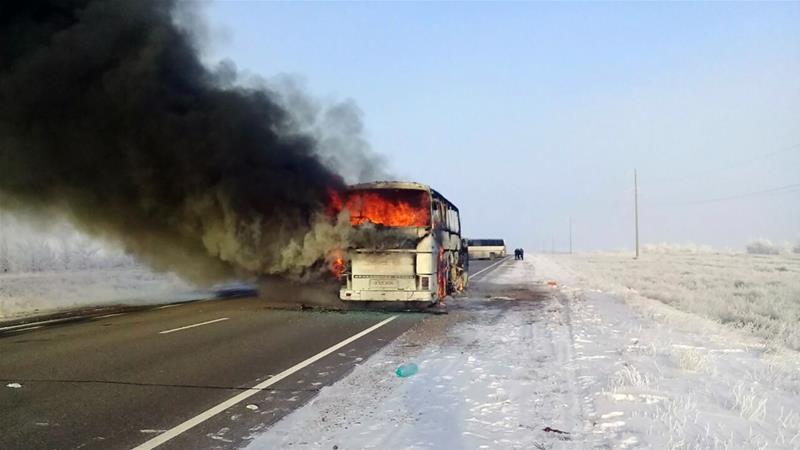 Fifty-two Uzbek citizens have been killed in a bus fire in Kazakhstan.

The bus, carrying 55 passengers and two drivers, was travelling along a remote road in the northwestern Aktobe region when it burst into flames on Thursday morning.

Only five people managed to escape, the Kazakh emergencies department said in a statement.

“Five people who managed to escape are receiving medical assistance,” the statement said. “The remaining 52 people died on the spot.”

The survivors included three Kazakhs and two Uzbeks, the Kazakh ministry for investments and development said in a post on Facebook. The bus did not have a license to transport passengers, the ministry said.

“I wish the wounded people a speedy recovery and a return to their families,” he said, adding his country has set up a special commission to determine the cause of the fire.

Uzbekistan also sent officials to Aktobe to establish the cause of the accident, according to the Interfax-Kazakhstan news agency.

Vitaly Sinev, an official in Aktobe, told Kazakh news site BNews the fire may have been caused by a short circuit.