Where’s the driver? Mystery as ‘stolen’ bus is found on a Lincolnshire beach with its engine running and doors open and has to be towed out of the sea by Coastguard

A bus had to be towed away after being abandoned on a beach in the early hours of this morning with it’s engine running and both side doors open.

Teams from the RNLI and HM Coastguard Donna Nook Rescue Team were called to Cleethorpes beach in Lincolnshire at around 2.50am after the vehicle was discovered next to the Pier.

When they arrived at the scene, the crew found the single decker bus was a metre deep in water, with the doors were open and the engine still running.

The team established that there was nobody inside before carrying out searches along the beach for anyone who might have been on board.

Once they found that no-one was found on the shore or in the water, the teams towed it out of the sea and onto the roadside at the request of Coastguard officers to prevent pollution and assist with eventual recovery.

Volunteer crew member Phil Playford said: ‘We get all sorts of calls here at Cleethorpes but I don’t think we’ve ever been to a bus in the water before!’

A spokesman for RNLI told Mail Online that the bus appears to have been stolen and driven straight into the water and the person or people who were inside likely would have jumped out because the doors were found open. 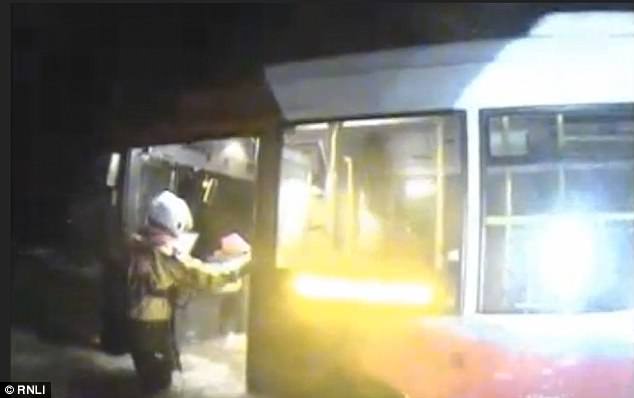 Eerie: The bus was discovered at around 2.50am with its engine running and the doors open. Here, Coastguard teams check if anyone’s inside 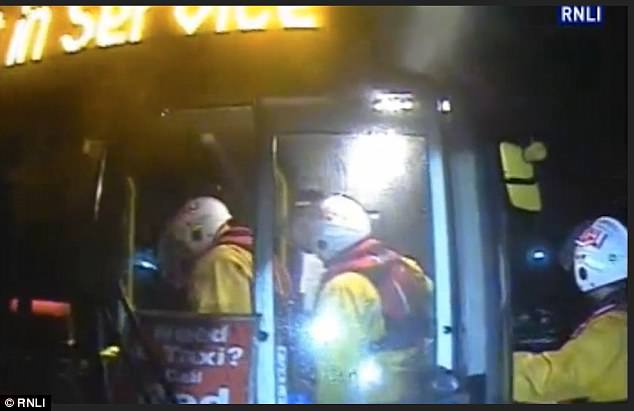 Out of service: Teams go aboard the stranded vehicle. A spokesman for RNLI said that the bus likely to have been stolen and from Skegness about forty miles away

‘We have reason to believe that the bus came from Skegness about 40 miles away,’ he said.

Our first concern was to check to to see if there was anyone in the water then we wanted to tow the vehicle out quickly to stop any pollution from oil and diesel from the bus and to assist with recovery.

‘It looks as though it was driven into the sea, there is a slipway near the pier and we suspect that’show it got down to the beach. 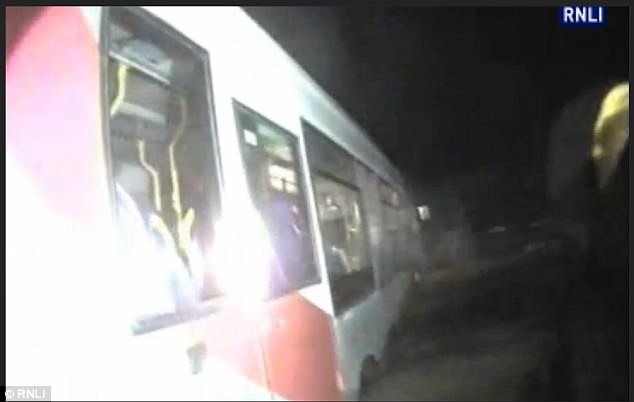 Mysterious: The team established that there was nobody inside before carrying out searches along the beach for anyone who might have been on board 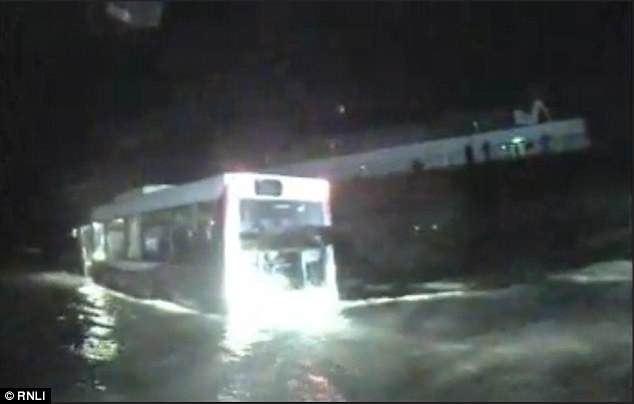 Bizarre: Teams had to work in waist deep water that ‘had the potential to be very dangerous’

‘It was half hour before high tide, so it had the potential to be very dangerous. Someone could have easily been washed away.

‘The water was up to the team waists and that’s a dangerous position for crews to work in. 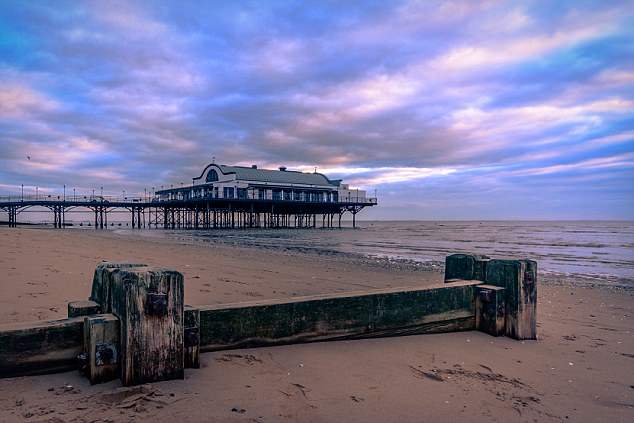 Cleethorpes beach in Lincolnshire, where the bus was discovered next to the pier

A spokeswoman for Humberside Police said: ‘Police assisted the Coastguard in recovering a bus which was located on the beach at Cleethorpes overnight.

‘Nobody was in the vehicle, which has now been recovered, and inquiries are under way to establish the circumstances leading to the single- decker, red-and-white bus being on the beach.’