George W. Bush congratulates Joe Biden and tells Trump that he must concede because the election ‘was fundamentally fair and its outcome is clear’

George W. Bush congratulated Joe Biden on his election victory Sunday – and delivered an unmistakable message to Donald Trump that he must now concede.

The only living former Republican president broke his silence more than 24 hours after Biden was declared the winner in a call by TV networks and the Associated Press to say that he had spoken to the Democratic victor, and to Kamala Harris, the vice president-elect.

‘I just talked to the President-elect of the United States, Joe Biden,’ he said in a statement. No Republican leader has so far called Biden president-elect.

‘Though we have political differences, I know Joe Biden to be a good man, who has won his opportunity to lead and unify our country.’

And in what will be instantly read as a rebuke to Trump over his claims of fraud and a direct message that he must publicly concede the election, Bush said there were no doubts over the integrity of the result.

‘No matter how you voted, your vote counted,’ he said. 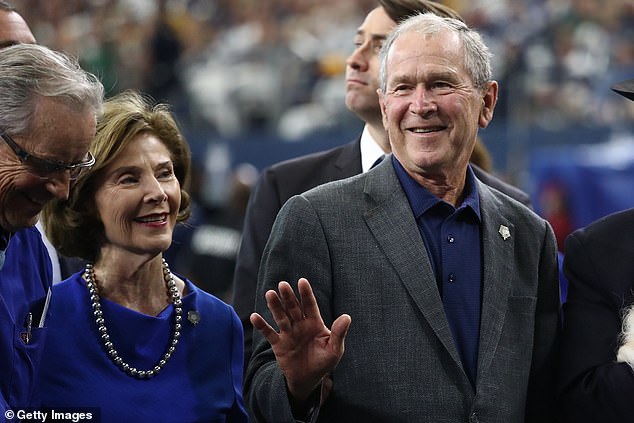 Hail to the new chief: George W. Bush made clear that Donald Trump must give up his refusal to concede, saying that he and Laura congratulate the president-elect, Joe Biden, and that he had spoken to both Biden and Kamala Harris and offered them his prayers 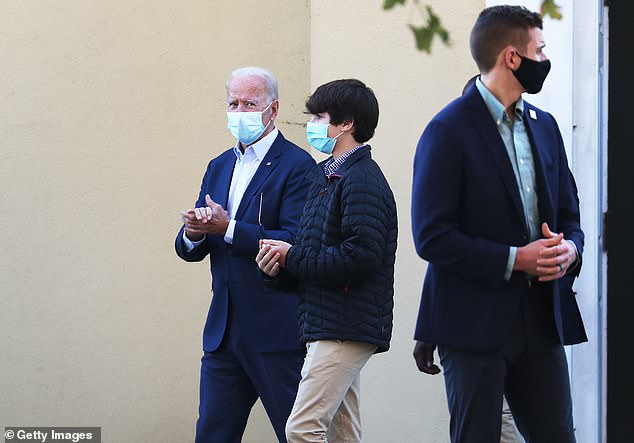 ‘A good man.’ George W. Bush said the 46th president would be Joe Biden and that they had political differences, but he believed in Biden’s ability to ‘unify’ the country – another pointed message to Trump 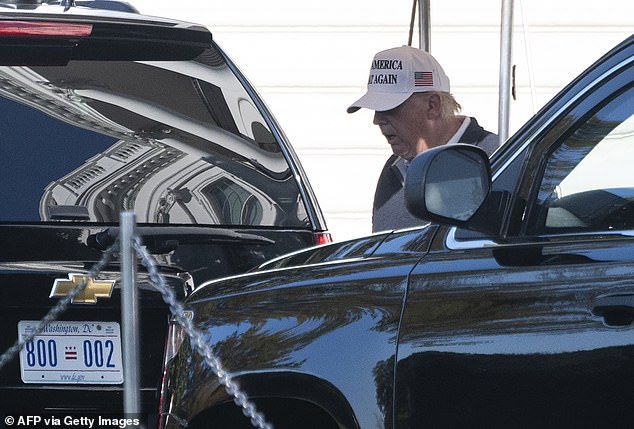 Will he listen? Donald Trump headed for his golf course in Virginia where he was later spotted golfing – the same place where he learned that the election had been called for his rival Joe Biden

‘President Trump has the right to request recounts and pursue legal challenges, and any unresolved issues will be properly adjudicated.

‘The American people can have confidence that this election was fundamentally fair, its integrity will be upheld, and its outcome is clear.’

The message from the 43rd president could hardly be clearer and shows the pressure mounting on Trump to give up his apparently doomed fight to remain in the White House for a second term.

His family appeared split on the issue, with Jared Kushner reported to be telling him to give up the fight and concede, but his sons Eric and Don Jr. aggressively tweeting claims of voter fraud – none of them with evidence – and demands for a ‘manual recount’ across the country.

Vocal allies took to the Fox News circuit this morning, including Newt Gingrich, Mike Huckabee, Lindsey Graham and his personal attorney Rudy Giuliani, all pushing for the fight to continue.

But the intervention by Bush will serve to remind Republicans of the damage not conceding could present to the party in the future.

I just talked to the President-elect of the United States, Joe Biden. I extended my warm congratulations and thanked him for the patriotic message he delivered last night.

I also called Kamala Harris to congratulate her on her historic election to the vice presidency.

Though we have political differences, I know Joe Biden to be a good man, who has won his opportunity to lead and unify our country. The President-elect reiterated that while he ran as a Democrat, he will govern for all Americans.

I offered him the same thing I offered Presidents Trump and Obama: my prayers for his success, and my pledge to help in any way I can.

I want to congratulate President Trump and his supporters on a hard-fought campaign. He earned the votes of more than 70 million Americans – an extraordinary political achievement. They have spoken, and their voices will continue to be heard through elected Republicans at every level of government.

The fact that so many of our fellow citizens participated in this election is a positive sign of the health of our democracy and a reminder to the world of its strength.

No matter how you voted, your vote counted.

President Trump has the right to request recounts and pursue legal challenges, and any unresolved issues will be properly adjudicated. The American people can have confidence that this election was fundamentally fair, its integrity will be upheld, and its outcome is clear.

We must come together for the sake of our families and neighbors, and for our nation and its future. There is no problem that will not yield to the gathered will of a free people.

Laura and I pray for our leaders and their families. We ask for God’s continued blessings on our country. And we urge all Americans to join us in wishing our next President and Vice President well as they prepare to take up their important duties.