A multi-millionaire businessman’s company has been accused of using money from the Government’s coronavirus furlough scheme to pay staff who were still working.

Workers at Russell Canner’s engineering firm Proform Group claimed the company used the funds to pay staff while keeping them on shifts, meaning 80 per cent of their wages were covered by the taxpayer and just 20 per cent by the firm.

Wage slips seen by The Sun, which broke the story, appeared to back up the claims.

And a manager at the firm was allegedly recorded offering staff the chance to work whilst taking ‘your furlough pay up to 100 per cent’ – a move they admitted was ‘bending a few f*** rules’ and ‘breaking the law’.

Mr Canner, 62, who lives in a £1.1million house on Wirral in Merseyside, also runs a successful care home business. 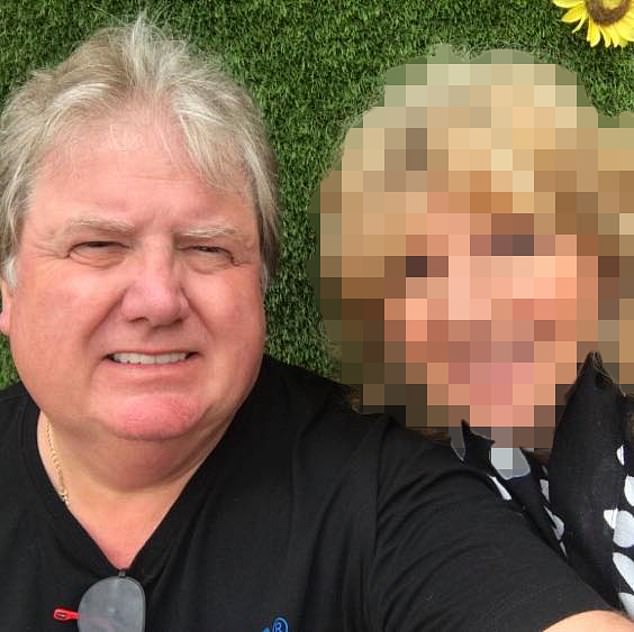 In a statement to The Sun, the businessman denied any wrongdoing but admitted ‘inaccuracies’ had been found in the firm’s wage records and said their accountants would do a ‘complete review’ to correct ‘any errors.’

The furlough scheme, introduced by Chancellor Rishi Sunak, paid employees 80 per cent of their wages while they were unable to work during the coronavirus lockdown and was designed to ensure their employers did not lay them off.

In the leaked alleged conversation between a manager at Proform and an employee, it is claimed they outlined Mr Canner’s  ‘offer’ to break the rules.

The manager is claimed to have told the employee it would be a ‘pain in the ****’ to take them off furlough.

Instead, they were offered ‘quick cash’ to come to work for the day while the firm would ‘take your furlough pay up to 100 per cent.’

They claimed it was ‘not a bad deal’ before adding, ‘Obviously we are bending a few f*** rules here mate so I’m a little bit on edge about it. 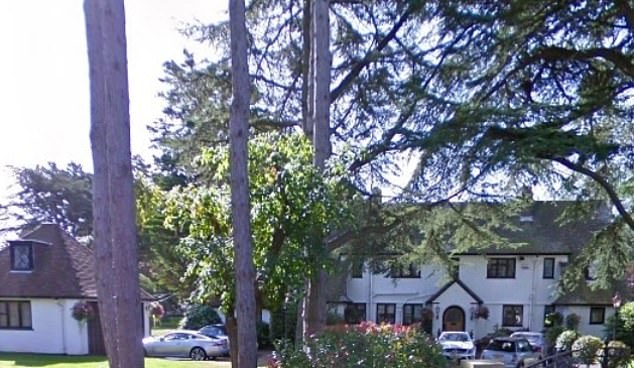 Mr Canner, 62, who lives in a £1.1million house on Wirral in Merseyside (pictured), also runs a successful care home business

‘But I tell you what you are obviously trustworthy aren’t you, we’re both breaking the law here mate aren’t we so f it.’

According to its website, Proform provides services including laser and 3D waterjet cutting to provide ‘metal processing and precision engineering needs.’

Mr Canner and his wife live in a luxurious house in an upmarket part of The Wirral.

The five-bedroom home is set in extensive grounds and is said to have cost £750,000 five years ago.

As well as the engineering and care home businesses, Mr Canner is also a director of at least four other firms, according to records on Companies House.

He set up his care home, Salisbury House, more than 30 years ago with his wife Marika. 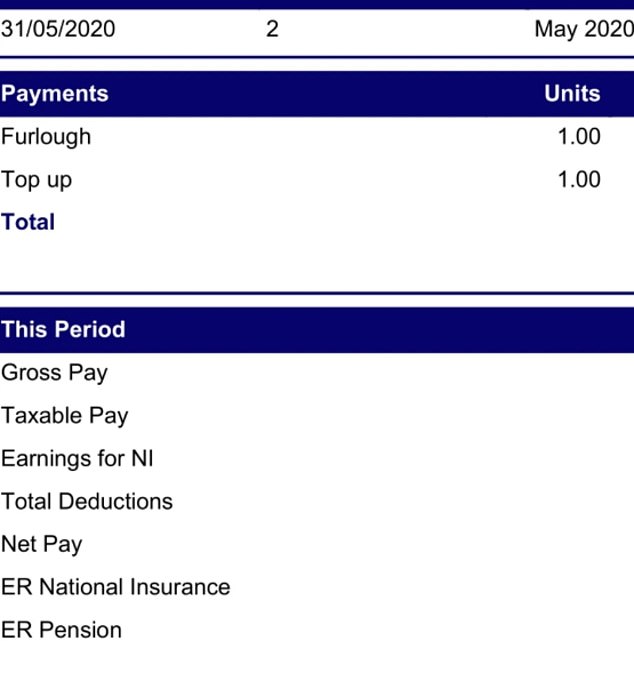 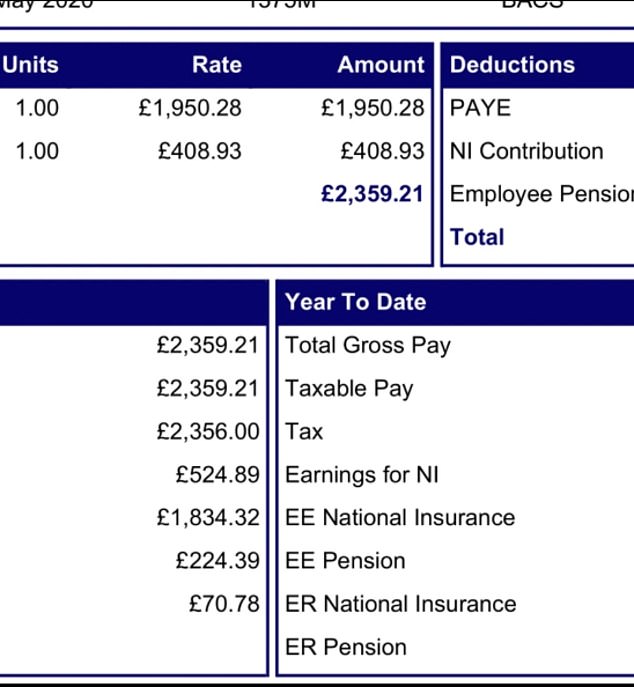 Wage slips seen by The Sun, which broke the story, appeared to back up the claims

The home is based in a restored Victorian property on the Wirral and employs more than 40 staff.

Its most recent accounts show it had shareholders’ funds of £5.1million.

Mr Canner told The Sun that his factory remained open during lockdown to fulfil contracts for emergency service providers.

He said several staff worked reduced hours and were not furloughed.

He added: ‘After going through the wage records during this period we have indeed discovered several inaccuracies in our accountants submissions to HMRC thank you for bringing this to our attention.’

He said the firm had instructed their accountants to review all returns sent to HM Revenue and Customs (HMRC) ‘with a view to rectifying any errors.’

The businessman claimed many firms had made similar inaccurate submissions because of ‘a confusing time’ for businesses during the coronavirus crisis.

MailOnline has approached Mr Canner through Proform for comment.

A spokesman for Merseyside police said they had not received any reports of wrongdoing. 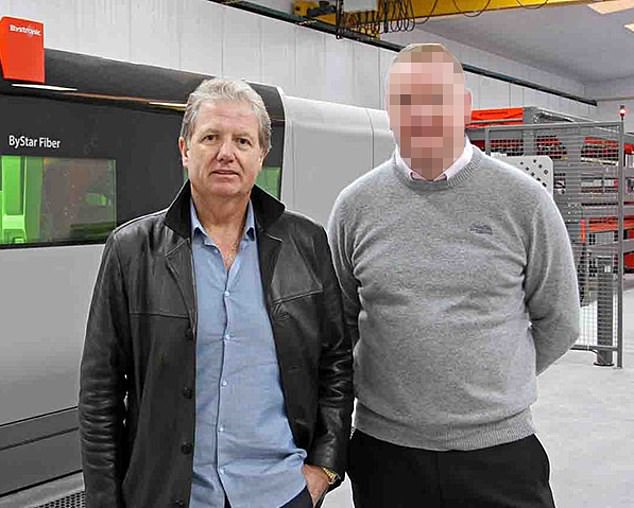 In a statement to The Sun, the businessman denied any wrongdoing but admitted ‘inaccuracies’ had been found in the firm’s wage records and said their accountants would do a ‘complete review’ to correct ‘any errors’

An HMRC spokesperson said: ‘The Coronavirus Job Retention Scheme is part of the collective national effort to protect jobs.

‘This is taxpayer’s money and fraudulent claims limit our ability to support people and deprive public services of essential funding.

‘It could be that you’re not being paid what you’re entitled to, they might be asking you to work while you’re on furlough, or they may have claimed for times when you were working.’

Last month, it emerged that up to £3.5billion may have been paid out in wrong or fraudulent claims made to the furlough scheme.

HMRC calculated that between five and 10 per cent of payments could have been stolen or paid in error.

The total bill for the scheme, which will be scrapped at the end of October, currently stands at more than £35billion.

If HMRC’s working assumption proves to be accurate it will mean that somewhere between £1.75 billion and £3.5 billion could have been paid out by mistake or as a result of fraud.