‘They should be called vegetable craftsmen!’ Butchers have beef with the rise in ‘veggie choppers’ using their job title

Greengrocers are embroiled in a row with butchers today who have accused them of stealing their job titles.

Harrods this week opened its redesigned Fresh Market Hall which includes a Vegetable Butchery, where ‘vegetable butchers offer everything from on-the-spot food preparation to advice on what’s seasonal and food pairings.’

But the CEO of The Institute of Meat claims the title ‘vegetable butcher’ is a ‘sleight on butchers’ skills’ and workers should instead be called ‘vegetable craftsmen’. 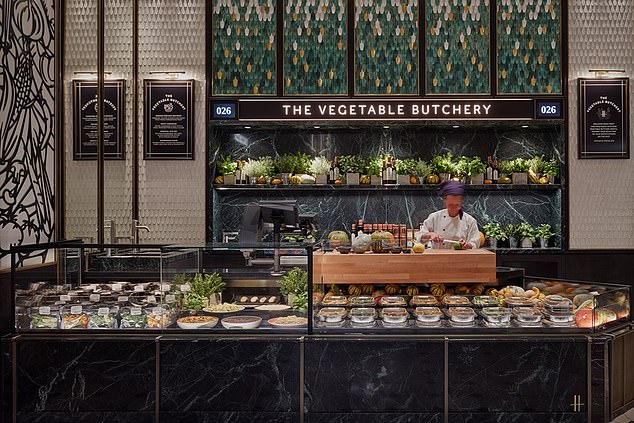 A third of Britons now eat less meat or none at all, with one in eight now identifying as vegan or vegetarian, according to a survey of 2,000 adults across the UK in July.

Accordingly, Harrods has wisened to the fact that increasing numbers of its shoppers of its customers would rather have their produce spiralised or julienned, rather than filleted or skinned.

Harrods says: ‘There are fewer culinary professionals who specialise in cooking the season’s most vibrant produce. Thanks to our vegetable butchery, however, such practical advice is now on hand.

‘Look to the vegetable butchers in the Fresh Market Hall for everything from on-the-spot food preparation to advice on what’s seasonal and food pairings.’

However Keith Fisher, CEO of the Institute of Meat, said many butchers would see the job title as a ‘sleight on their skills’.

He told The Daily Telegraph: ‘Perhaps they’ve got someone who really knows their vegetables.

‘I can see the merit in that and I wouldn’t knock it, but they should be called ‘vegetable craftsmen,’ or something else.

‘”Butcher” really does belong to meat.’ 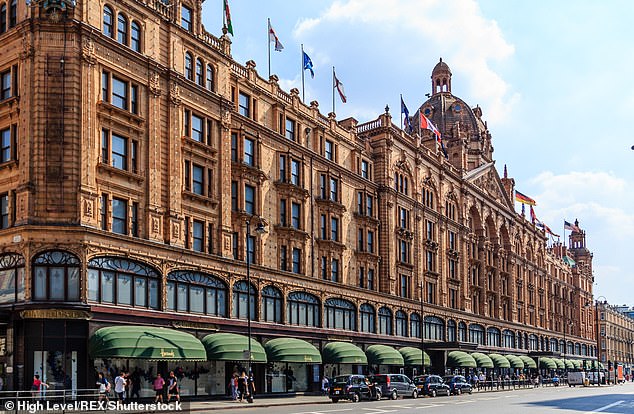 Harrods has wisened to the fact that increasing numbers of its shoppers of its customers would rather have their produce spiralised or julienned, rather than filleted or skinned

Prior to the opening of the counter, the Knightsbridge store advertised for a new ‘vegetable butcher’ to join its team.

Harrods says the role of a vegetable butcher combines the information of an old school greengrocer with the knife abilities of a sushi chef.

There, she offered to ‘demonstrate easy ways to use the whole vegetable – from grating to roasting and juicing and different techniques to prepare veg including ribbon cut, spiralised, mandolin sliced, wave-cut and julienne.’

A further fifth of UK consumers now (21%) describe themselves as “flexitarian” – eating increasing amounts of plant-based meals without eliminating meat entirely – while half of those who say they are vegan or vegetarian eat meat at weekends, occasionally or on special occasions, a survey for the annual Waitrose Food and Drink report suggests.