Emergency services including two air ambulances were raced to the scene in Caerphilly, Wales, after horrified locals reported hearing a "bang". 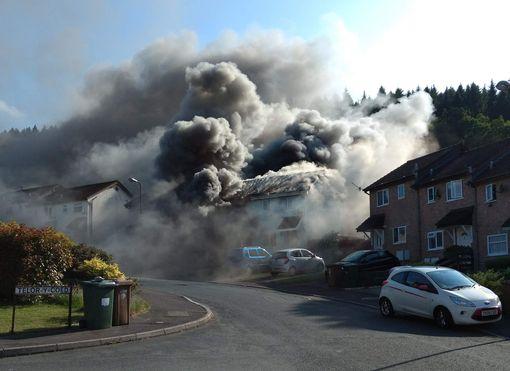 Dramatic pictures show the roof ripped from the house after the blast at around 5.30pm today.

Ken Lloyd, 66, told the BBC: “I came out onto the street because I heard a bang.

“Then there were a couple more explosions. It was frightening because we didn’t know what was causing it.”

Another neighbour, Brian Jenkins, 64, said: "I was out in my back garden and we saw black smoke going up and then it turned white. We also heard popping." 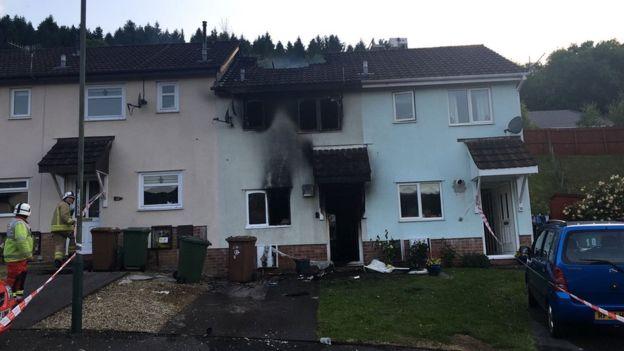 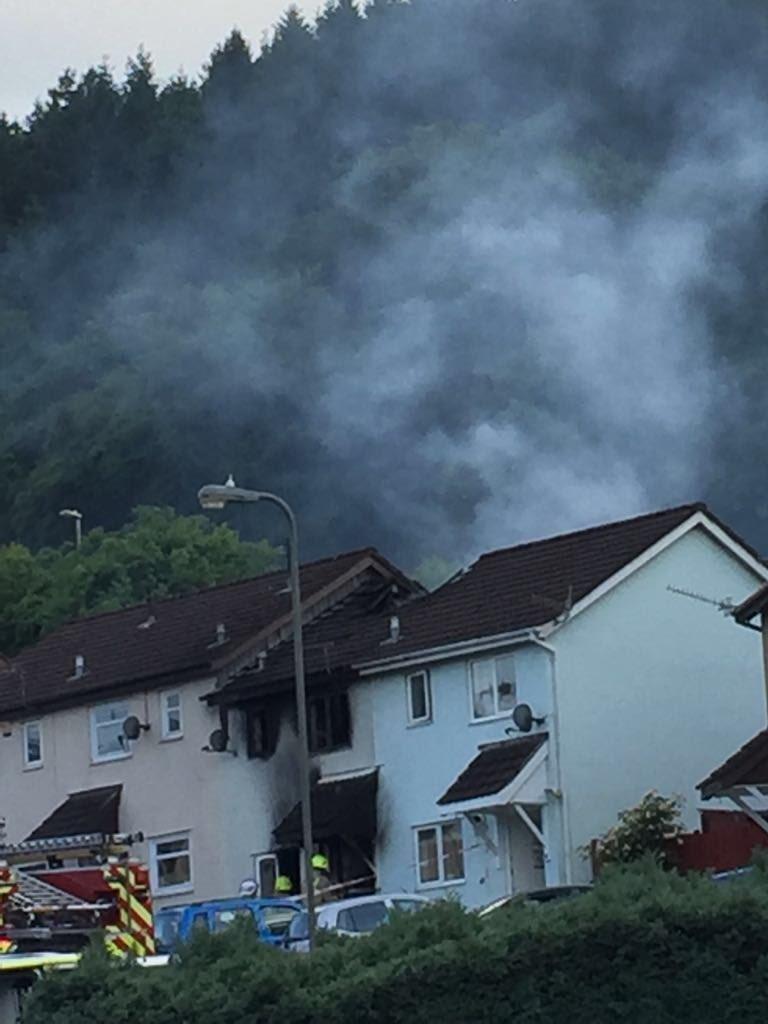 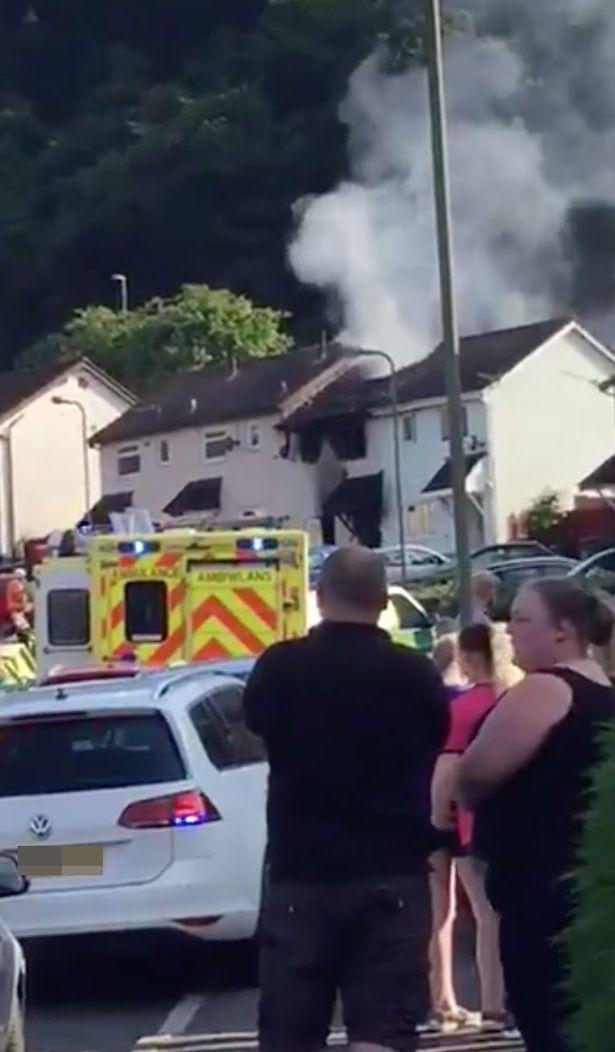 One of the injured people has been flown to hospital in Birmingham for specialist treatment, while three are being cared for in a burns unit in Morriston Hospital.

The fifth injured person is being treated at University Hospital of Wales, Cardiff, reports claim. 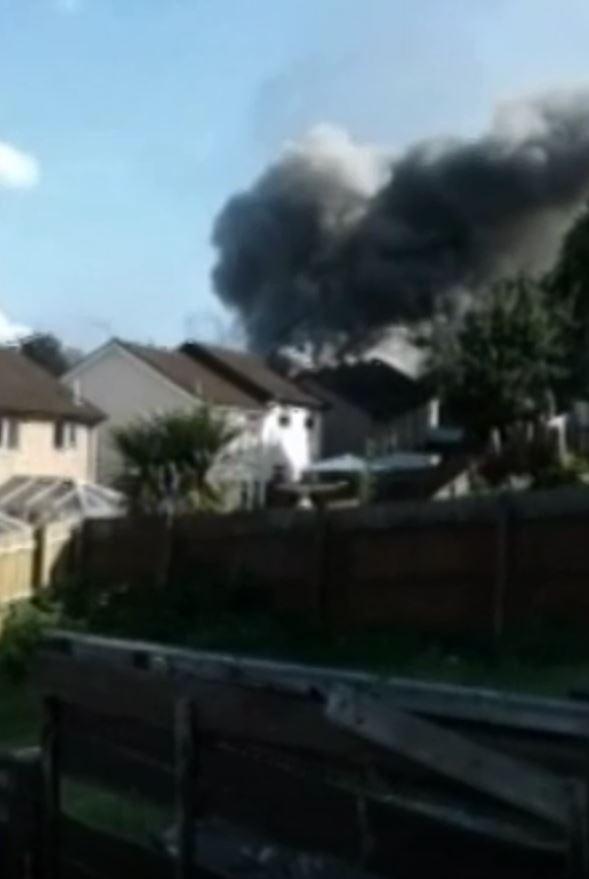 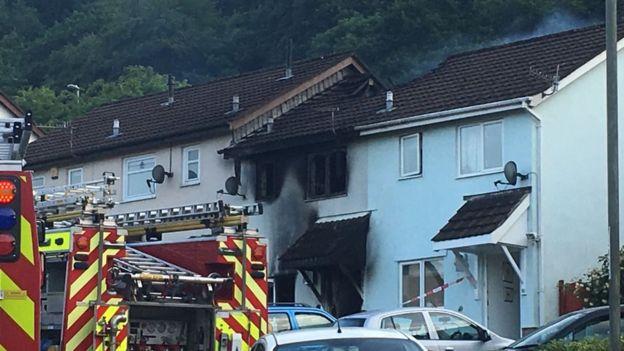 The cause of the explosion is now under investigation but it is understood a gas blast hasn't been ruled out, Wales Online reports.

A spokesperson for Wales & West Utilities said: “We’re aware of reports of an explosion at a property in the Dan-Y-Darren area of Llanbradach, Caerphilly.

“We are supporting the emergency services and working with them to investigate the cause of the explosion.”

Gwent Police confirmed they were scrambled at around 5.30pm along with South Wales Fire and Rescue, who said neighbours carried out first aid before emergency crews arrived.

The police force added: "An explosion was reported at 5.33pm.

“There were five occupants at the address, all of which managed to escape.

“All five have injuries, including burns, but there have been no fatalities.”