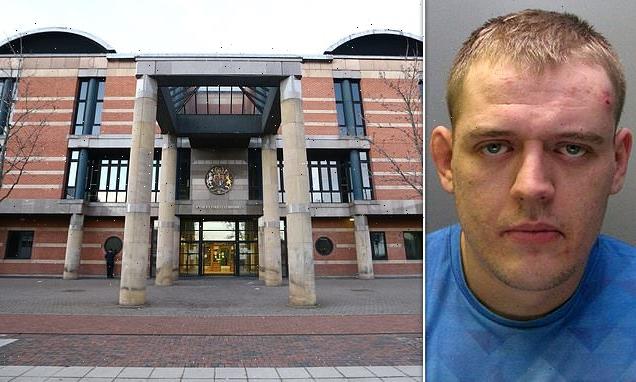 Cagefighter, 33, is jailed for life after attacking his girlfriend and two 13-year-old girls during drink and drugs binge – 12 years after killing a man in pub fight 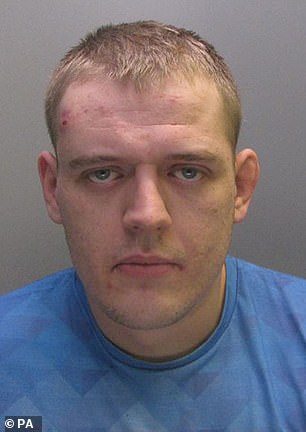 Dangerous: Liam Hall, 33, has been jailed for life after violently attacking two teenage girls and his 24-year-old girlfriend in Co. Durham

A cagefighter and convicted killer has been jailed for life for a horrific attack on two 13-year-old girls and his partner.

Weighing 20 stone and standing 6ft4in tall, Liam Hall punched, kicked and choked the unrelated teenagers at his girlfriend’s home in Chilton, County Durham, in September, when he was drunk, on drugs and angry at having lost his wallet.

Hall, 33, then launched into a terrifying and prolonged assault on his 24-year-old girlfriend, whose two young children were upstairs, leaving her with broken bones and serious facial injuries, before he calmly walked out of the blood-spattered house.

The judge described Hall, a convicted killer who was jailed in 2010 for manslaughter, as a ‘ticking time bomb’ and said she could not be sure when the risk of him causing serious harm to other people would diminish.

Hall was convicted of manslaughter after he killed a man in a pub fight in 2009 and was jailed for two and a half years. In 2012, he was jailed again – this time for 21 months – after attacking a soldier with a knife.

When this latest offence took place, the cagefighter had only been dating the woman for a couple of months since he was released on licence from a prison sentence for other serious, violent offences.

Jolyon Perks, prosecuting, told Teesside Crown Court that Hall banged one girl’s head against the wall, then grabbed the other and choked her unconscious.

He also punched her repeatedly in the face and stamped on her face, and she later recalled choking on blood.

Hall broke her eye socket, nose and arm, and a consultant later said she had too many injuries to count.

The other 13-year-old was also knocked unconscious and she later recalled Hall dragging her upstairs by the hair.

Another child witnessed the scene and ran home hysterically to raise the alarm, telling her mother ‘there’s blood everywhere’, the court heard.

Each of his victims had statements read for them in court which detailed their on-going trauma. 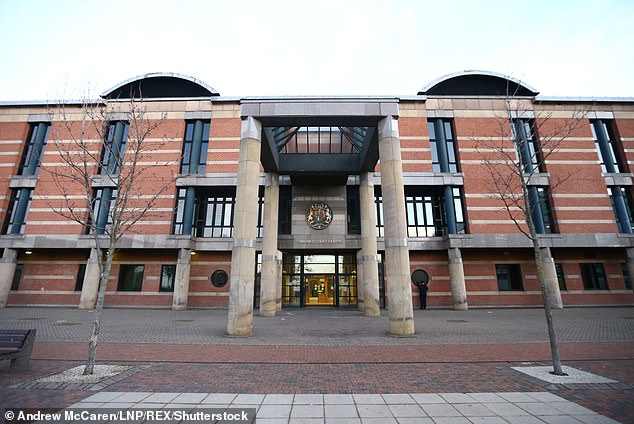 One girl said: ‘I look in the mirror and I think I just don’t recognise myself.’

The other said: ‘I cannot remember everything. I think it would be better if I had remembered, it bothers me.’

His now ex-partner added: ‘I cannot begin to imagine how frightened they must have been when they went through what happened to them.’

His barrister, John Turner, said Hall could not remember the incident but has expressed remorse.

Recorder Jo Kidd dismissed the defendant’s claims of remorse and said that following his release from prison in May 2021, he was a ‘ticking time bomb’.

She said the attack was unprovoked, on children, and was ‘grave and gross’.

‘Your relative size and weight by comparison to these children cannot be under-estimated.

‘In light of your previous conviction for manslaughter, where you killed a man by punching and kicking, you should have been only too aware of the risk you posed to anybody, but particularly children, if you chose to behave in that way again.’

She sentenced him to life in prison with a minimum of eight years inside before he can apply for parole, and imposed an indefinite restraining order regarding his victims.