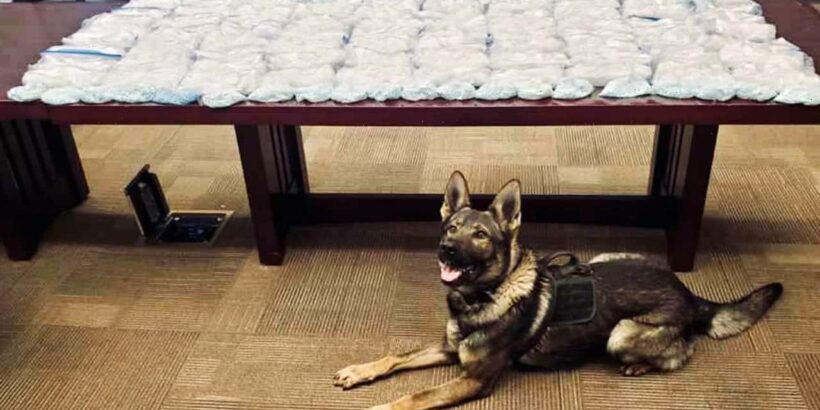 California authorities seized 92 pounds of drugs in a bust with sniffer dog assistance during a traffic stop Wednesday. 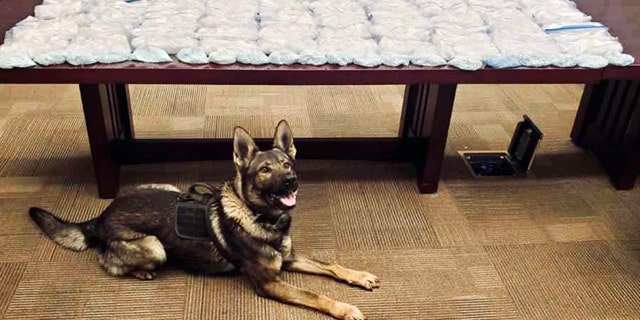 CHP K-9 "Apis" was utilized to sniff the vehicle and he gave a positive alert to the odor of narcotics.
(CHP-Valley Division)

CHP pulled over a 2021 Toyota Corolla for a speeding violation, but several “undisclosed factors” led the arresting officer to suspect the driver and a passenger were involved in some criminal activity, authorities said.

The officer used a sniffer dog, Apis, to check the car, finding positive signs of drug possession. A search of the vehicle led to the discovery and seizure of the massive drug haul. 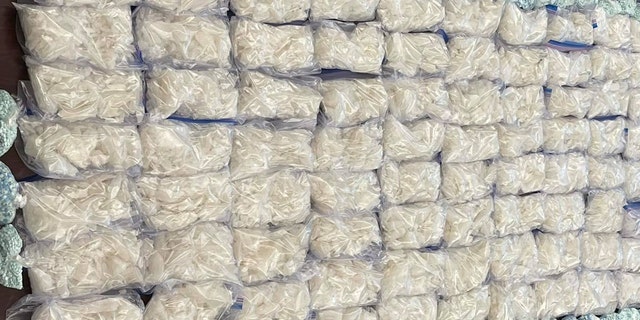 Approximately 81 pounds of methamphetamine inside a large cardboard box inside the vehicle, along with 11 pounds of fentanyl tablets.
(CHP-Valley Division)

Both of the vehicle occupants were arrested in connection to the bust.

The location of the bust remains unknown.

Since the summer of last year, the U.S. has seen a surge in fentanyl seizures, with a reported increase of 233% in seizures along the southwestern border in the first quarter of 2021.

That equates to around 2,098 pounds of smuggled fentanyl compared to 629 pounds over the same period in 2020.