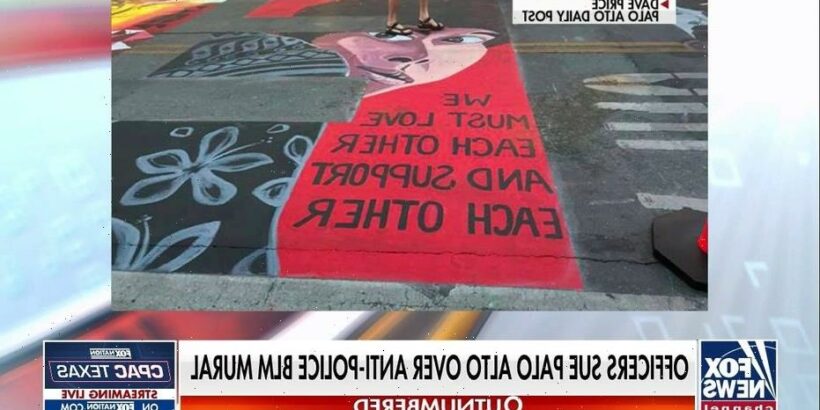 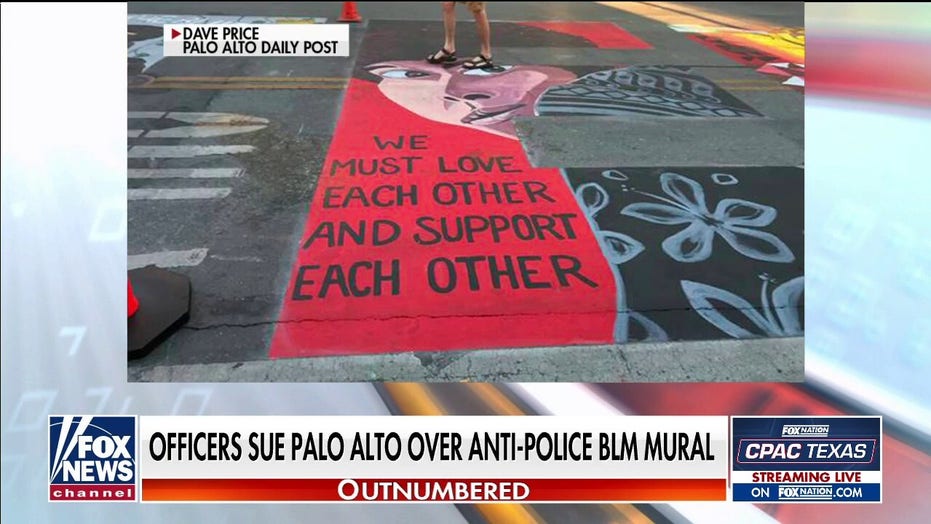 ‘Outnumbered’ panel weighs in on the lawsuit

Five California police officers filed a lawsuit against a city in Silicon Valley over a Black Lives Matter mural containing “discriminatory” anti-police imagery that was put on display across from City Hall.

“Law enforcement officers, including Plaintiffs, were forced to physically pass and confront the Mural and its offensive, discriminatory, and harassing iconography every time they entered the Palo Alto Police Department,” the lawsuit filed against Palo Alto said.

The lawsuit cites images such as the logo for the American black nationalist organization the New Black Panthers and an image of convicted police killer Assata Shakur.

Shakur, also known as Joanne Chesimard, was convicted in the 1973 killing of a New Jersey state trooper. She subsequently escaped prison, fled to Cuba and has never been found.

The mural was put on display last June across from the Palo Alto City Hall, and came amid a wave of protests and riots in response to the death of George Floyd. It was intended to remain in place for a year, but was no longer on display by November of 2020.

The officers in the suit had lodged complaints to officials that the 245-foot mural violated the state Fair Employment and Housing Act, but the city “ratified the conduct and insisted that it remain and persist,” the lawsuit said.

The mural also sparked a petition from the National Police Association for its removal last July, which said it was “reprehensible” to celebrate a convicted police killer.

Black Lives Matter murals have been painted in cities across the nation following the death of Floyd and other Black Americans during interactions with police.

Supporters of police officers have responded with “Back the Blue” and “Blue Lives Matter” murals to combat the anti-police sentiment that has swept the nation but have been met with resistance from Democratic leaders.