Six people have now been arrested after being found with allegedly stolen items in places cleared as a result of the fire which has claimed the lives of at least 48 people. 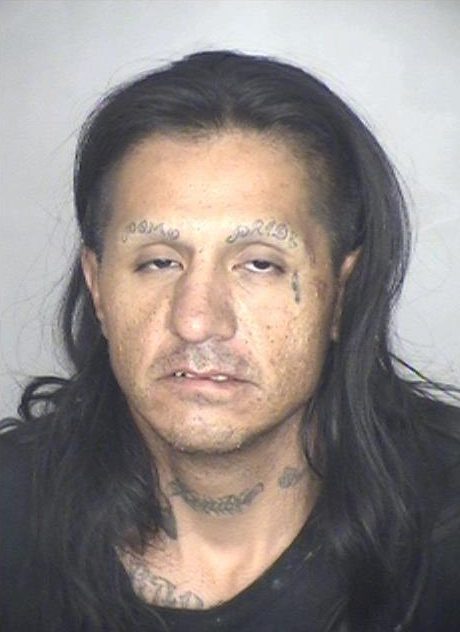 The Butte County Sheriff’s Office has revealed the suspects have been charged with a string of offences, including vehicle theft and looting.

Jason Burns, 41, and Michael Salisbury, 48, were among the six people arrested and were found in possession of a loaded handgun, methamphetamine, and heroin.

They were discovered hiding in a bedroom of a looted house and police later discovered an AR-15 rifle, several chainsaws and a quad bike in the garage.

It was then released that the house belonged to a family member of Burns but that the family were unaware he had returned after evacuation. 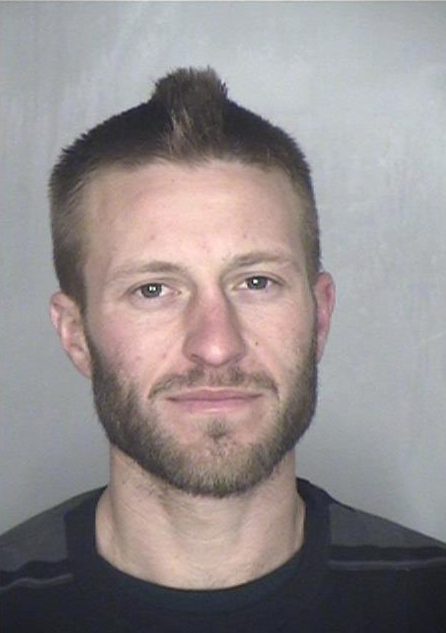 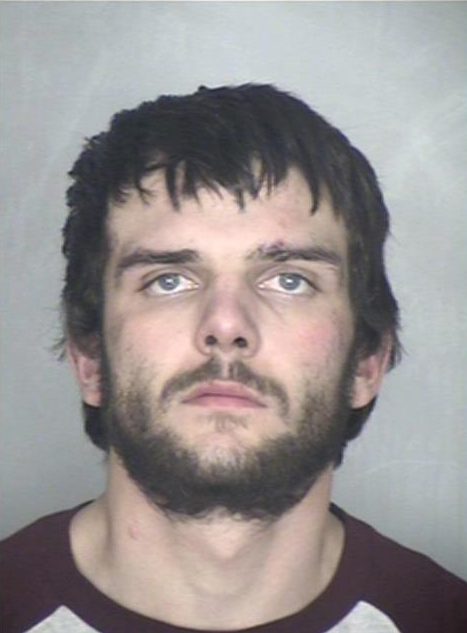 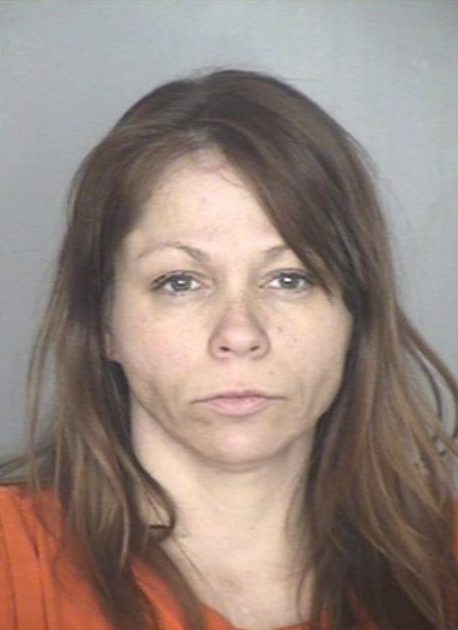 “We’re going to deal with them to every extent of the law that we can.”

On November 13, Teddy King 27, and John Brown, 38, were both caught in an evacuated area in possession of a stolen laptop and drug paraphernalia.

Later the same day, Shayne Tinnel Jr. 22, and Tracy Sizer, 42, were spotted driving a missing motorhome and were charged with vehicle theft and looting. 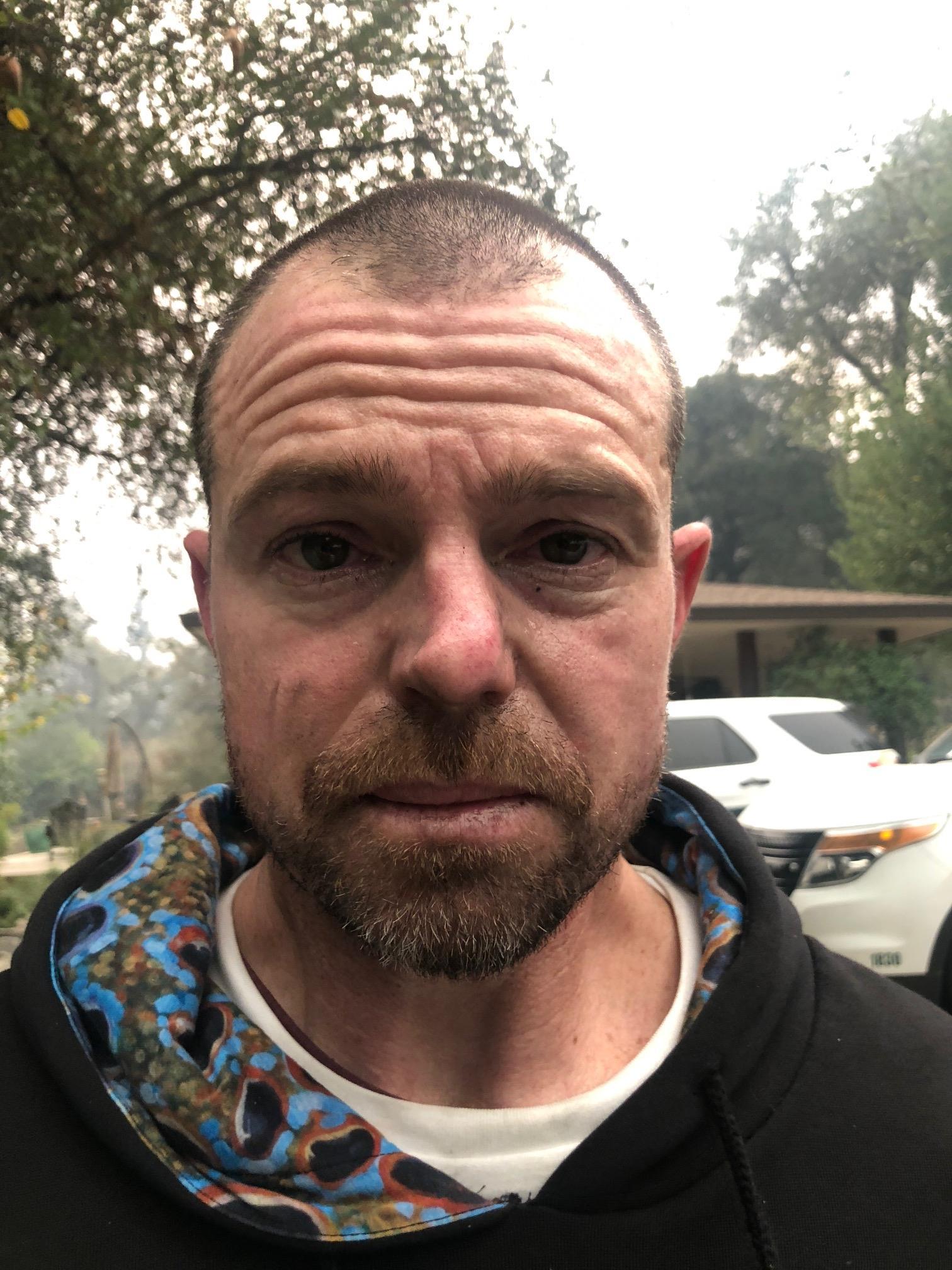 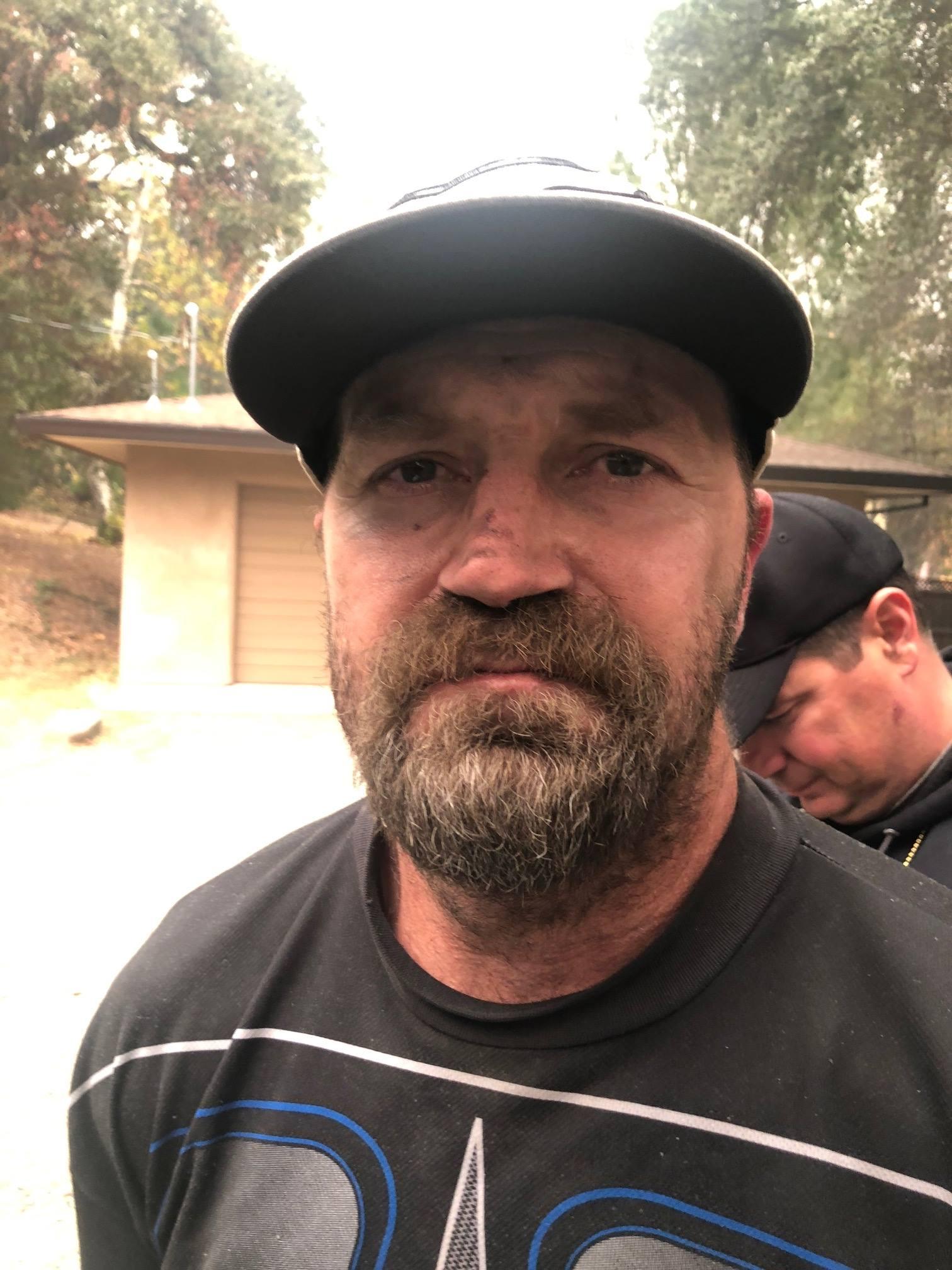 The arrests followed a caution from Butte County Sheriff Kory Honea that looters would be severely punished.

He said in a community meeting, “We’re going to hunt you down.

“If someone out in this community is so despicable that they think that they can prey upon people who have been displaced from their homes, we’re going to continue to look for you.” 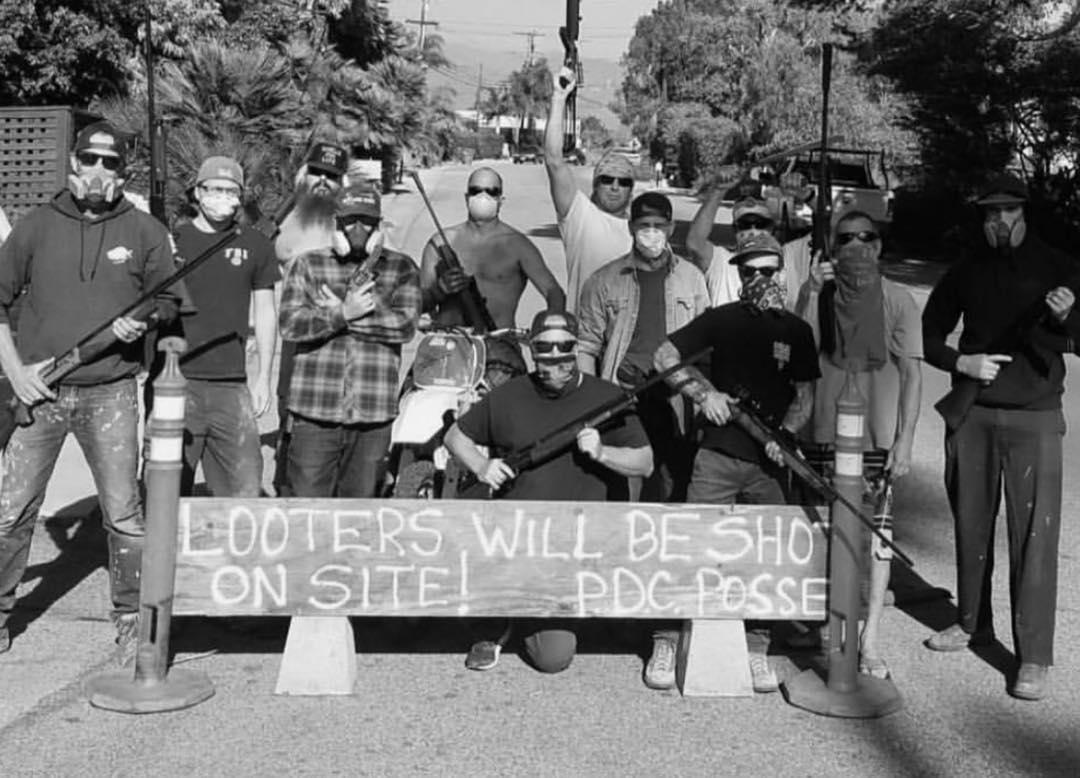 Looting in the evacuation zones has become a major issue in the wake of the Woolsey Fire and Pink’s husband Carey Hart has warned that thieves will be "shot on sight".

The former pro-motorcycle racer, who has been forced to flee his home with his pop-star wife, issued the ominous warning on Instagram

He declared that looters should "think twice" before coming into Malibu alongside a photo of masked gunmen behind a sign that says: "Looters will be shot on site".

The message was paired with a photo of masked gunmen behind a sign that says: "Looters will be shot on site". 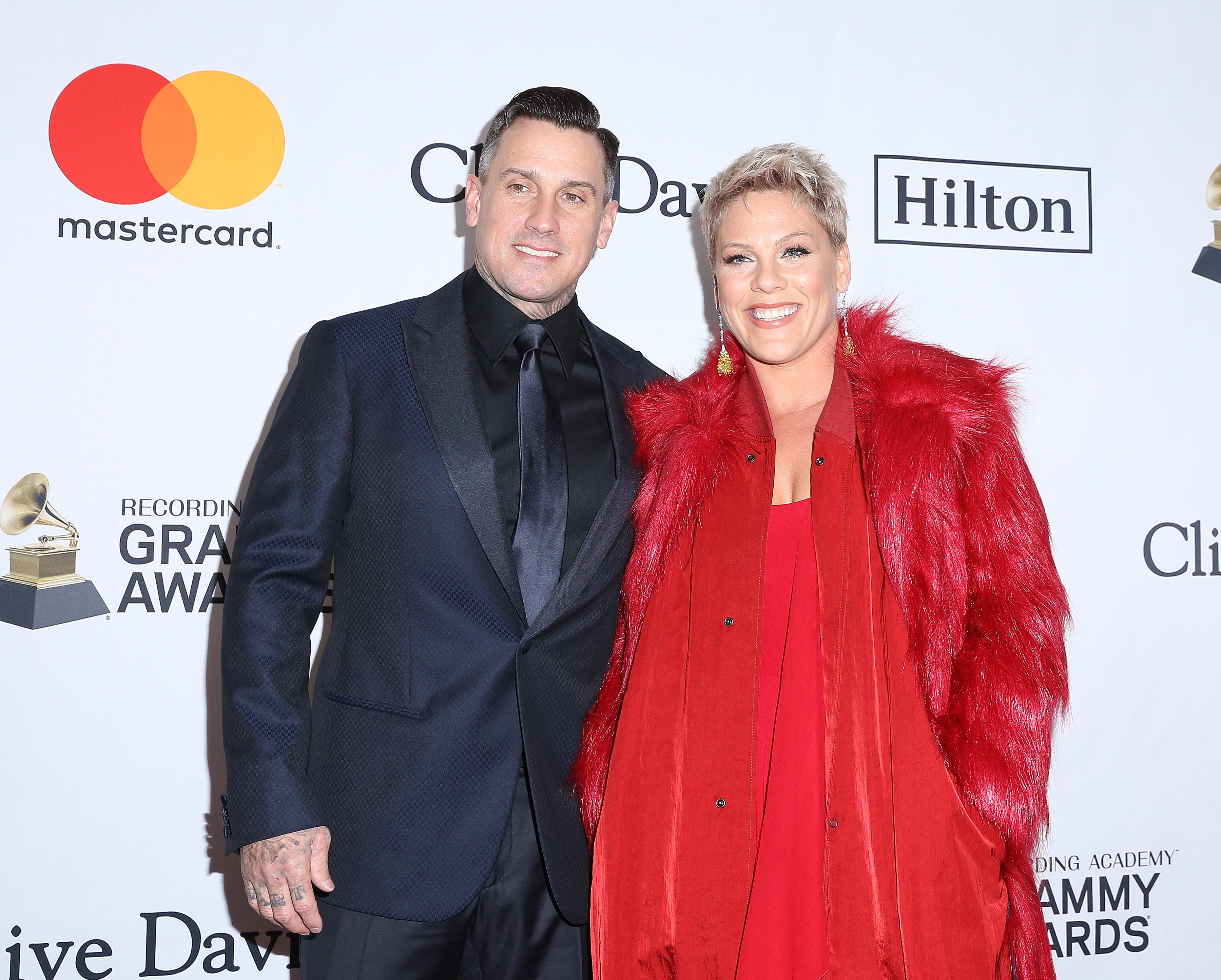 Ventura County Sheriff's Office announced Monday that it was dispatching teams of officers to handle the situation.

The department said in a release: “We have experienced some looting activity during the past two days. Southeastern Ventura County is within a declared disaster area.

“People found in areas where they do not belong will be contacted by law enforcement and may be arrested.” 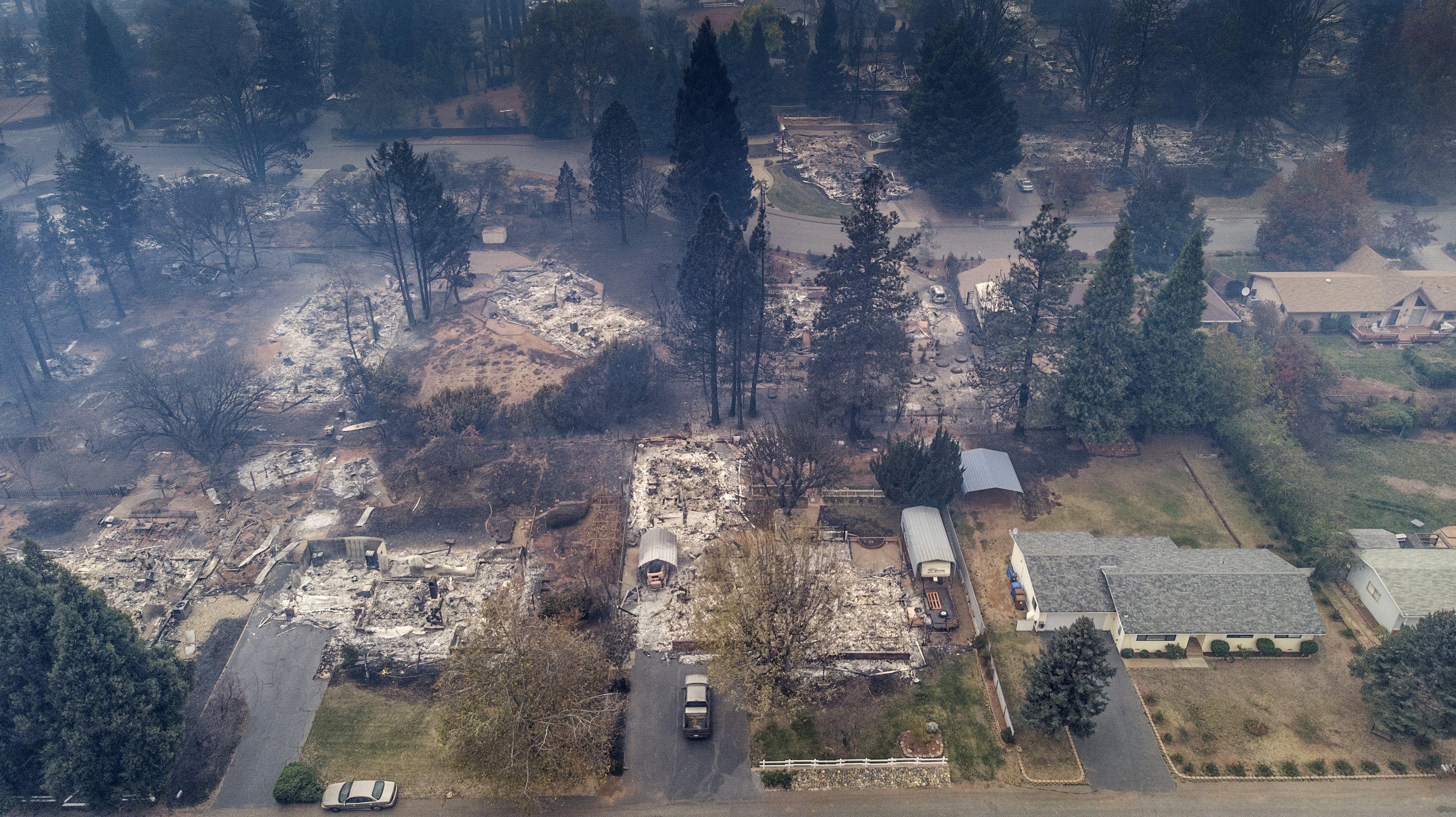 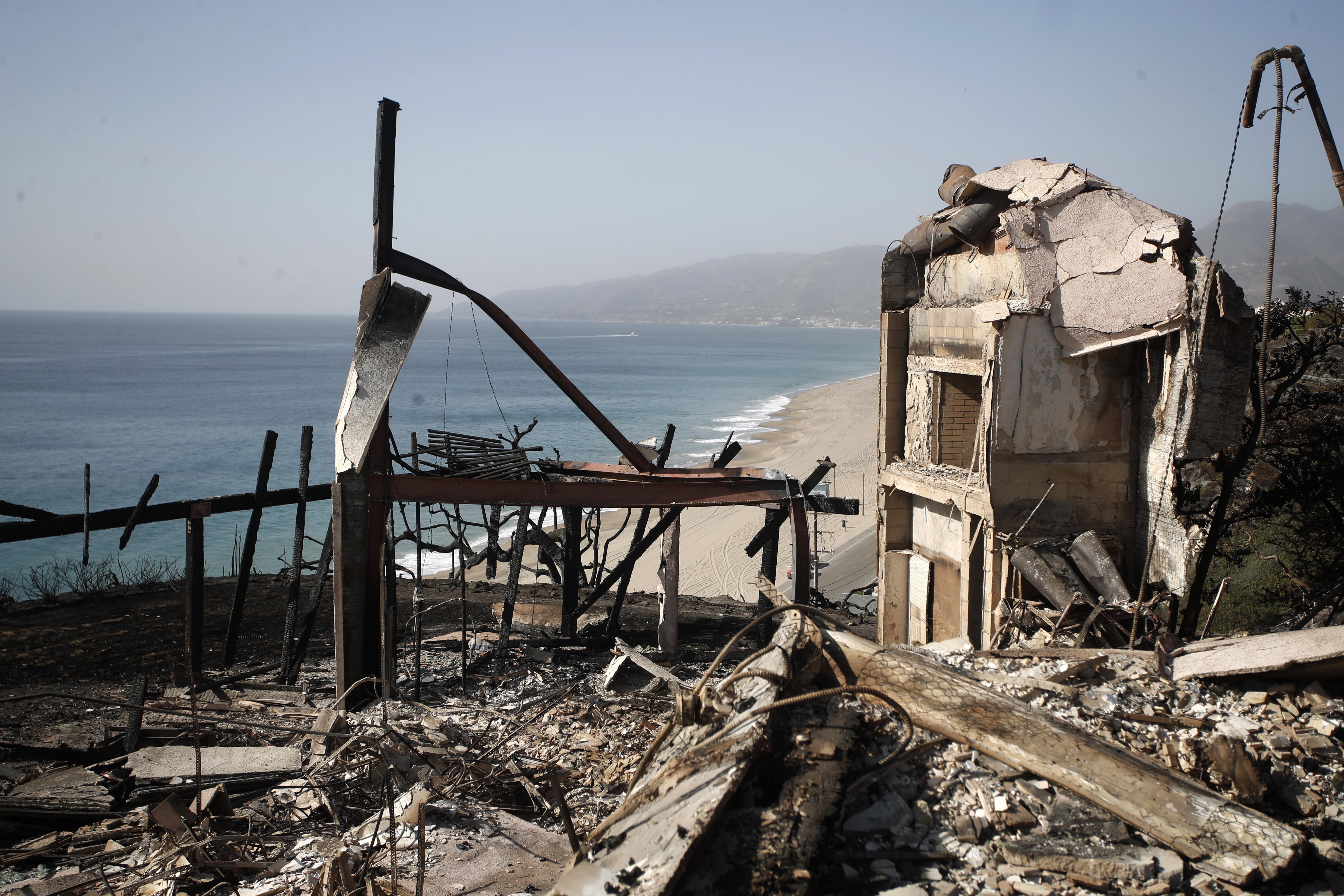 He wrote: “It's unfortunate that some people take advantage of others in a crisis. While the Malibu fires have been burning, some locals have been fighting off and defending their property against the fires.

“There have been sightings of looters breaking into homes. Well, if you are a looter, think twice if you are heading back into malibu (sic). #DefendYourLand #2ndamendment.” 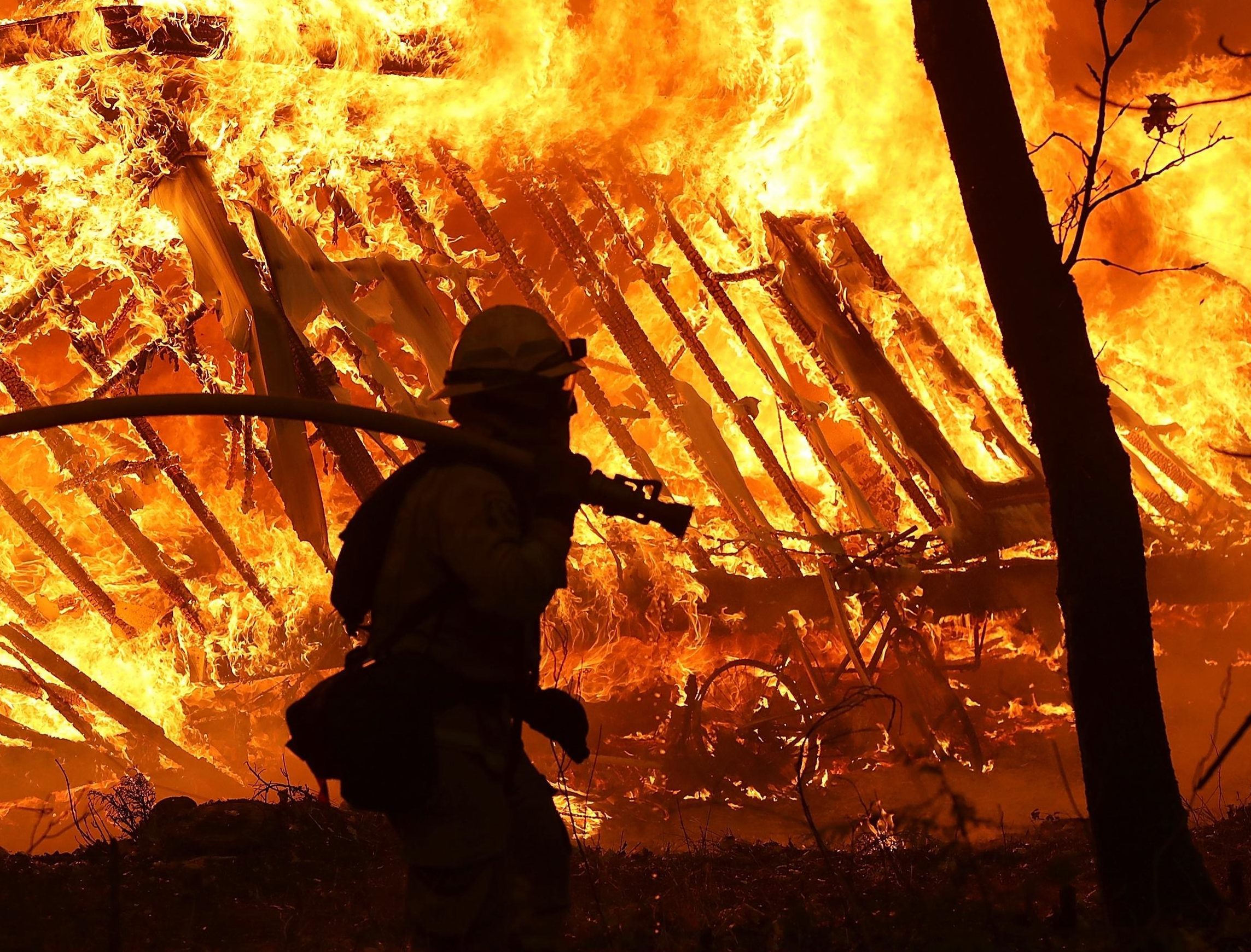 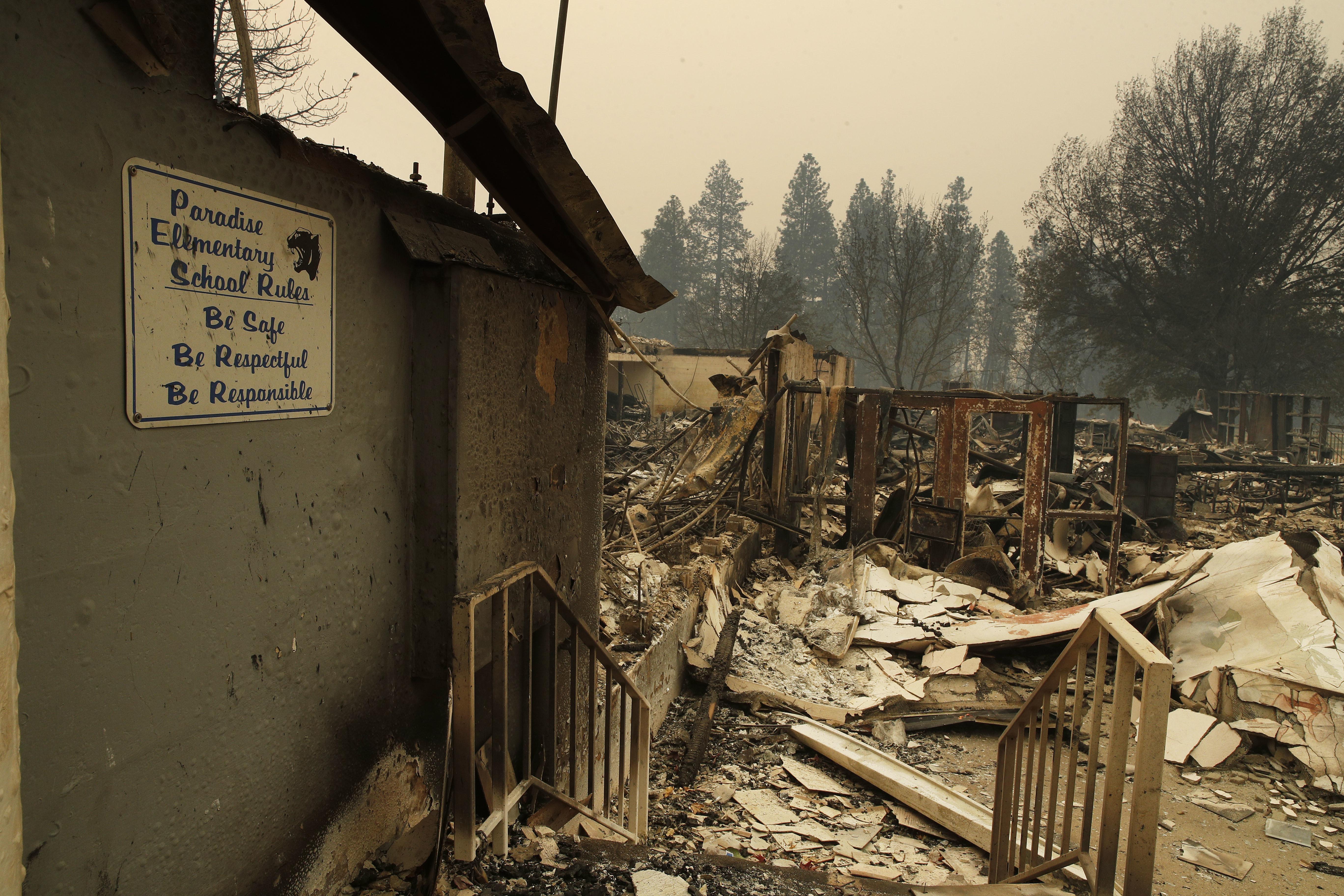 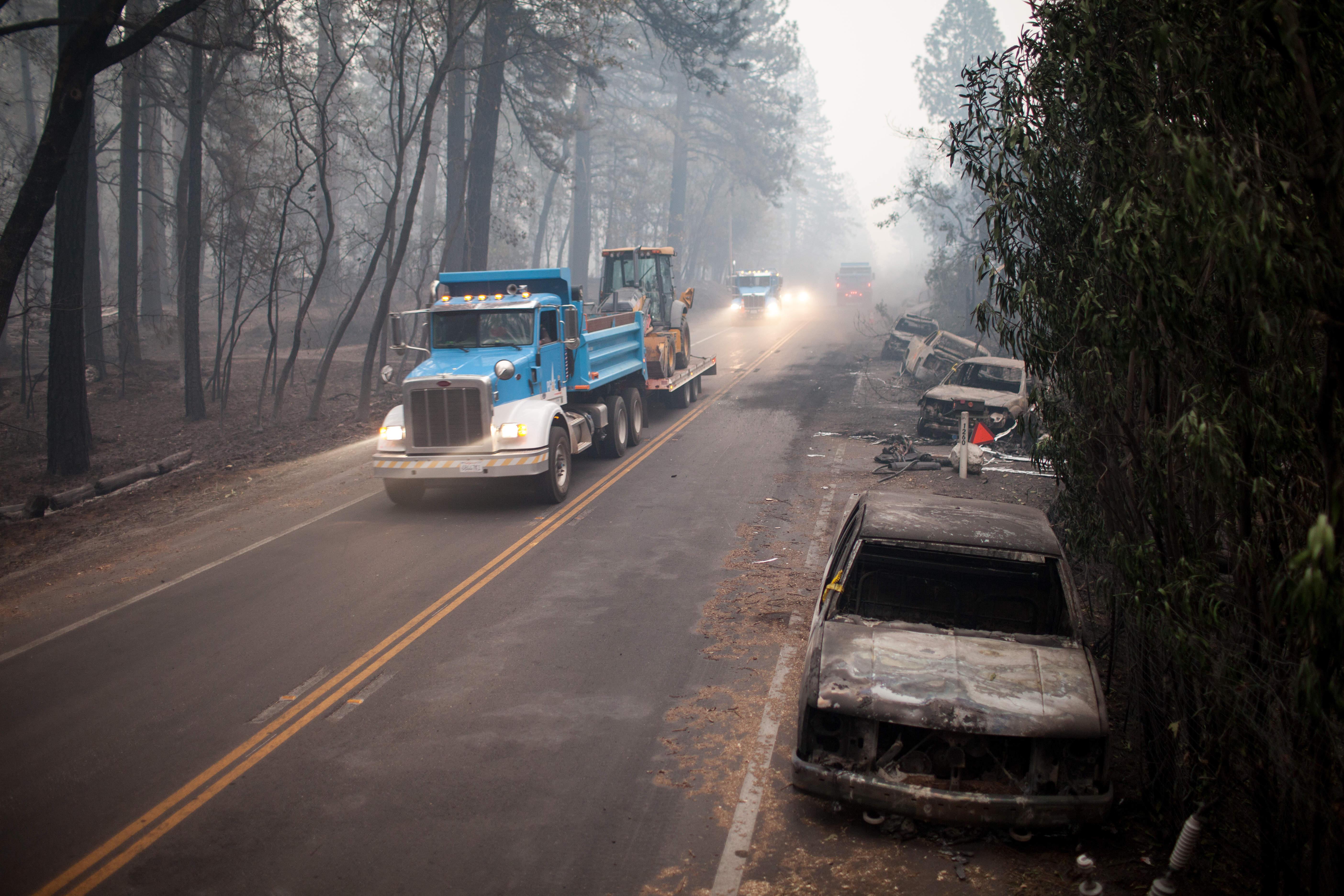 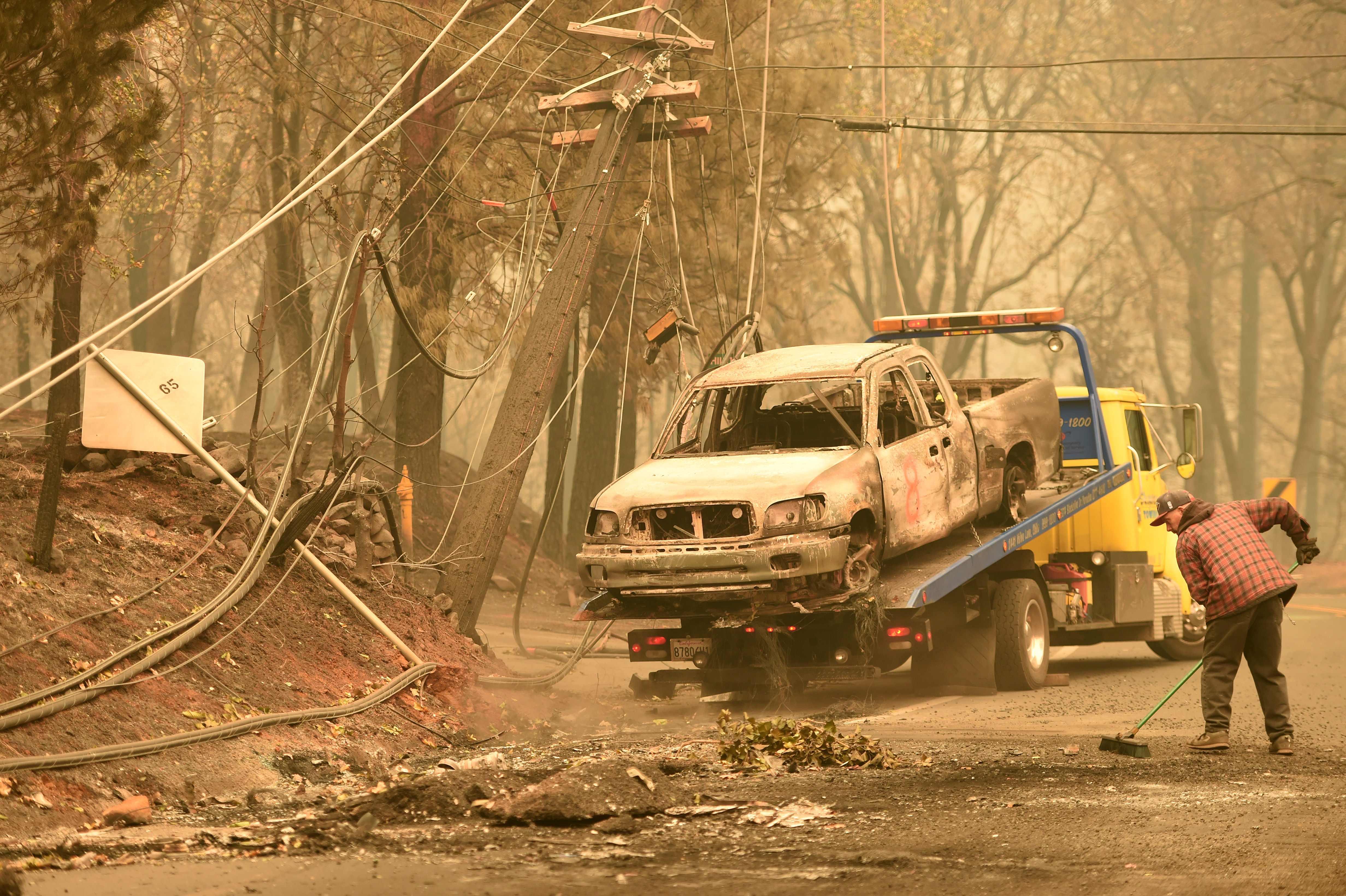 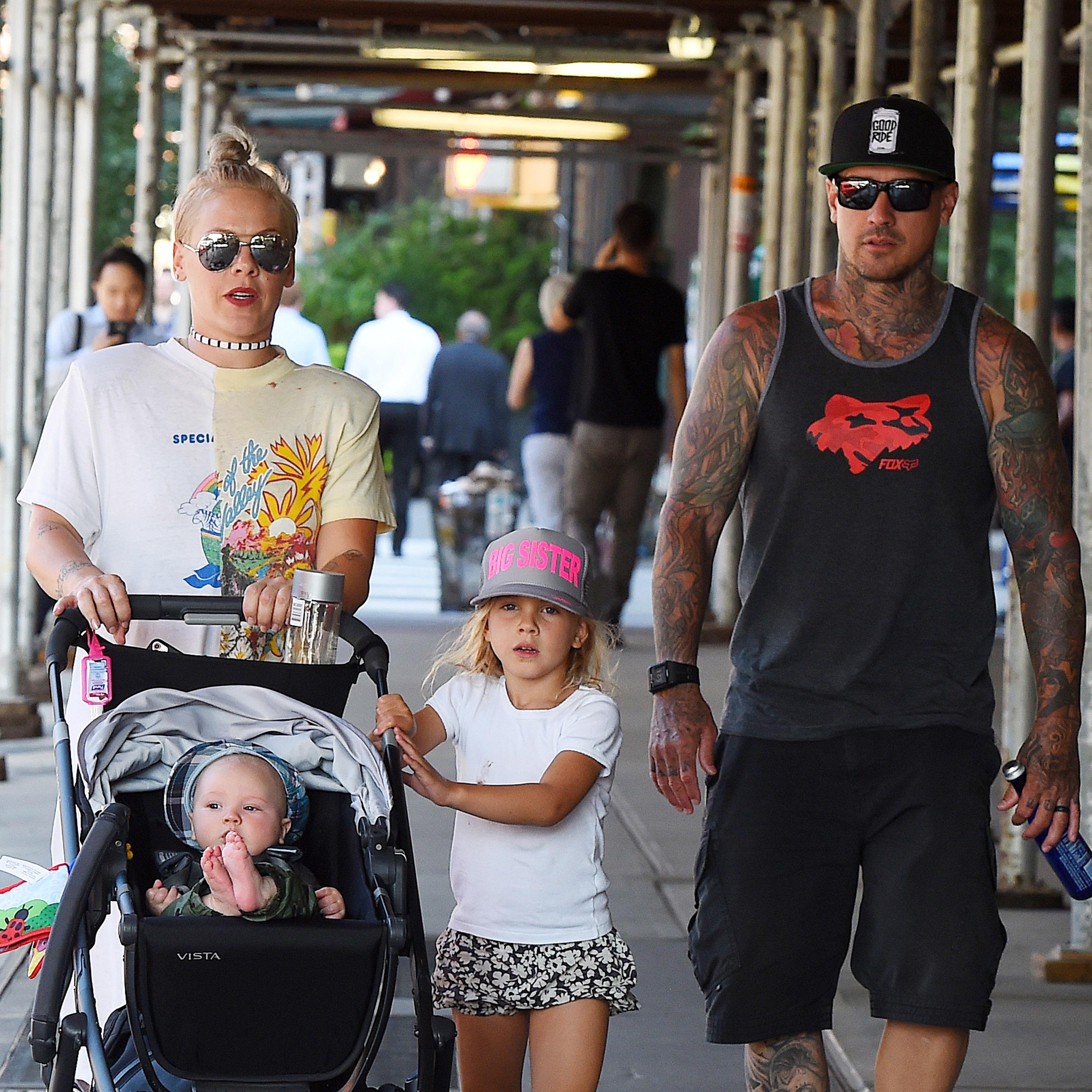 Actress Ireland Baldwin, just one of a number of celebrities ordered to evacuate, was even met by a police officer when she tried to return to her home to gather more possessions.

She was accused of looting, and also took to Instagram to voice her displeasure.

Thieves know most homeowners have evacuated, and power outages have turned off security systems on many properties, creating prime conditions for looters.

In one instance, two potential looters were arrested dressed as Forest Service personnel as they attempted to capitalise on abandoned California homes.

Pink, real name Alecia Moore, and Carey were forced to flee their beachside property in Malibu although their home reportedly escaped the flames. 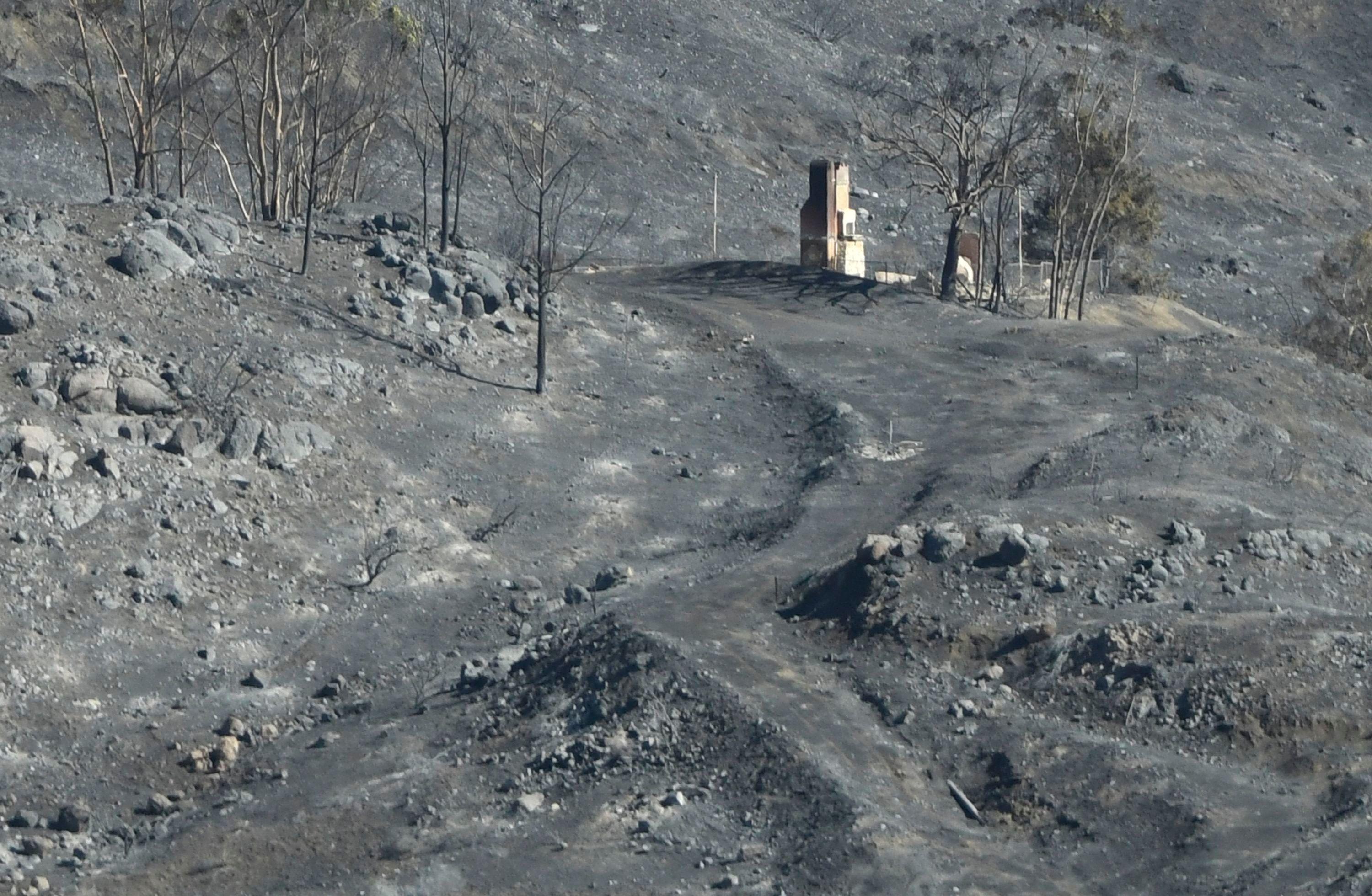 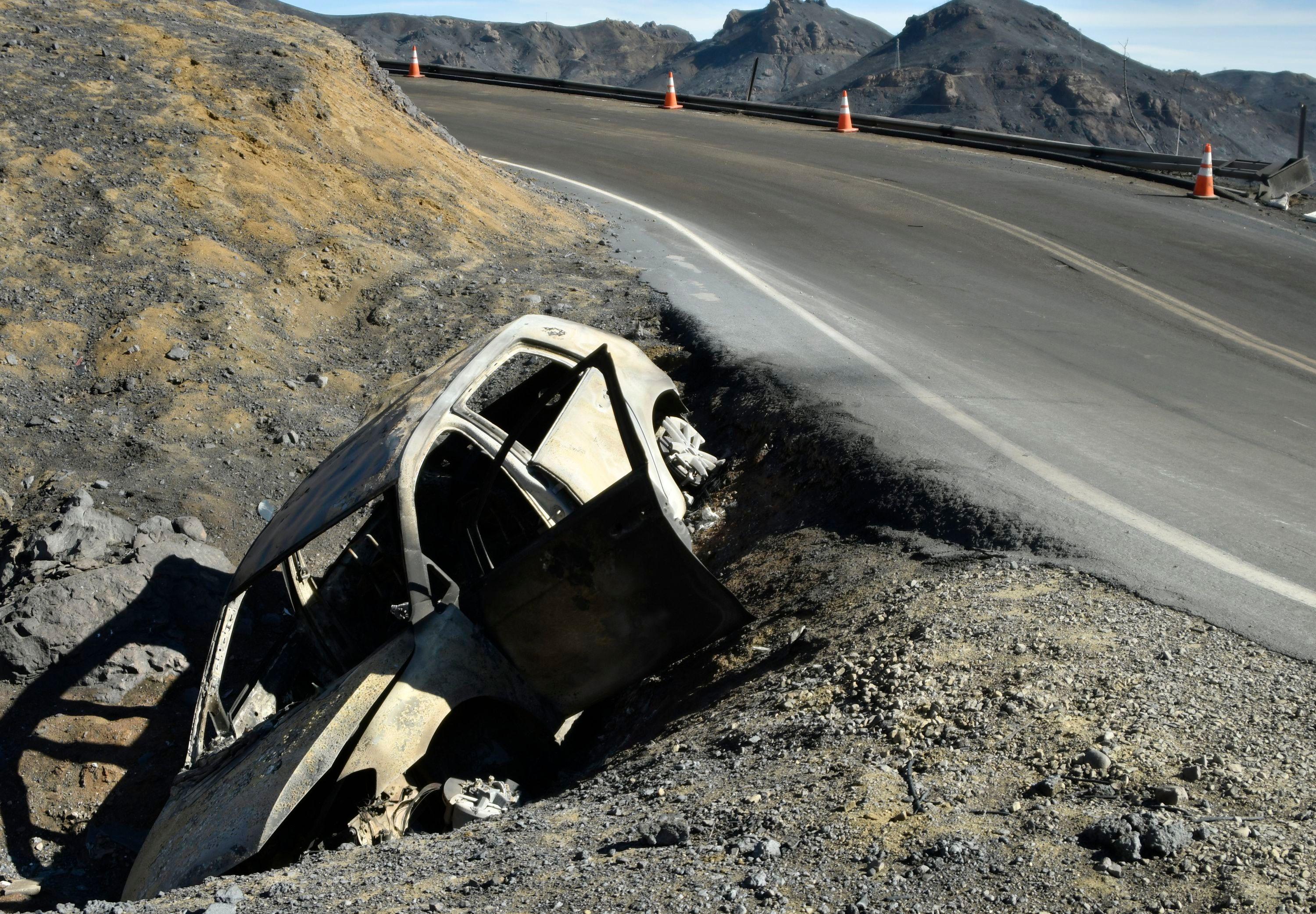 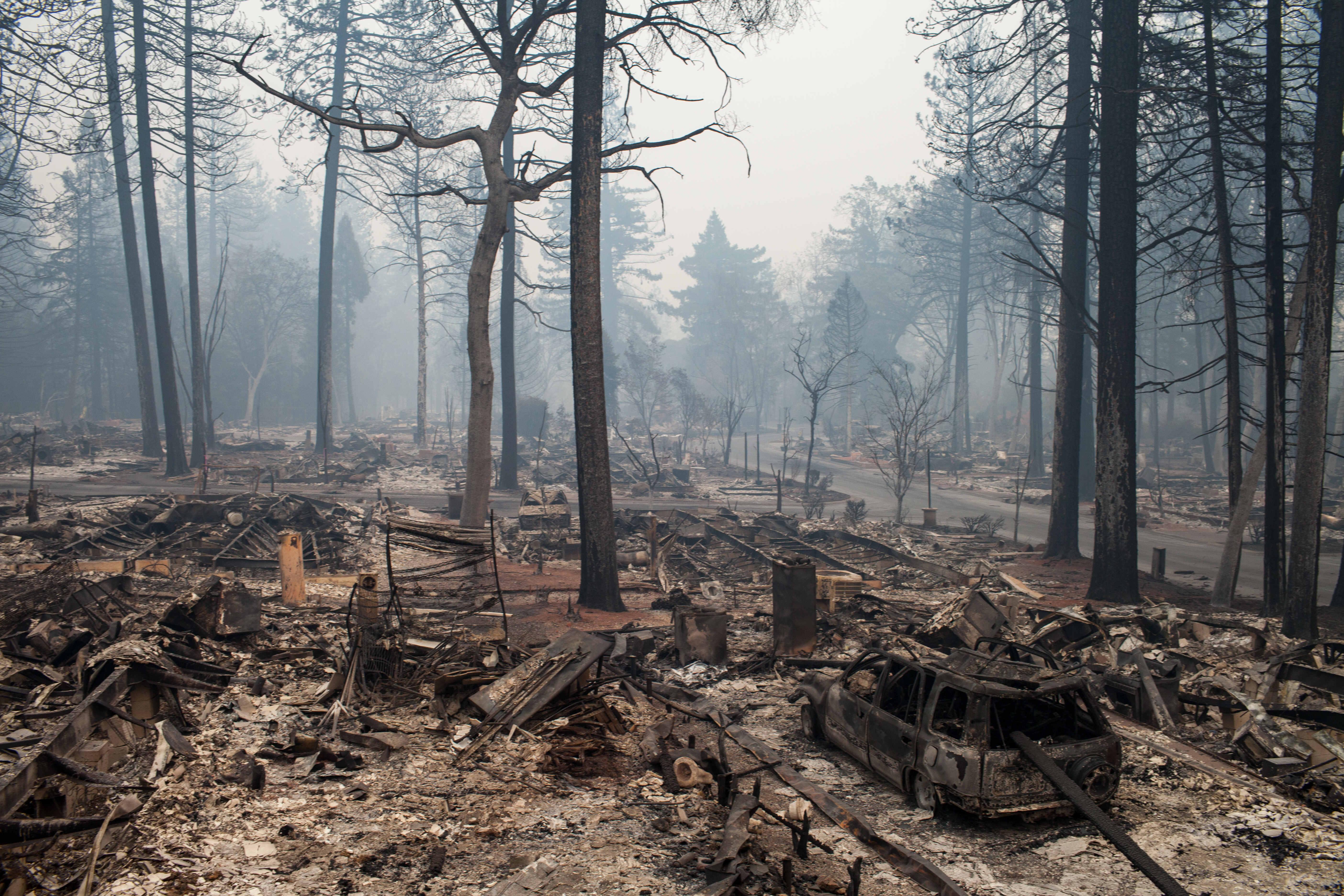 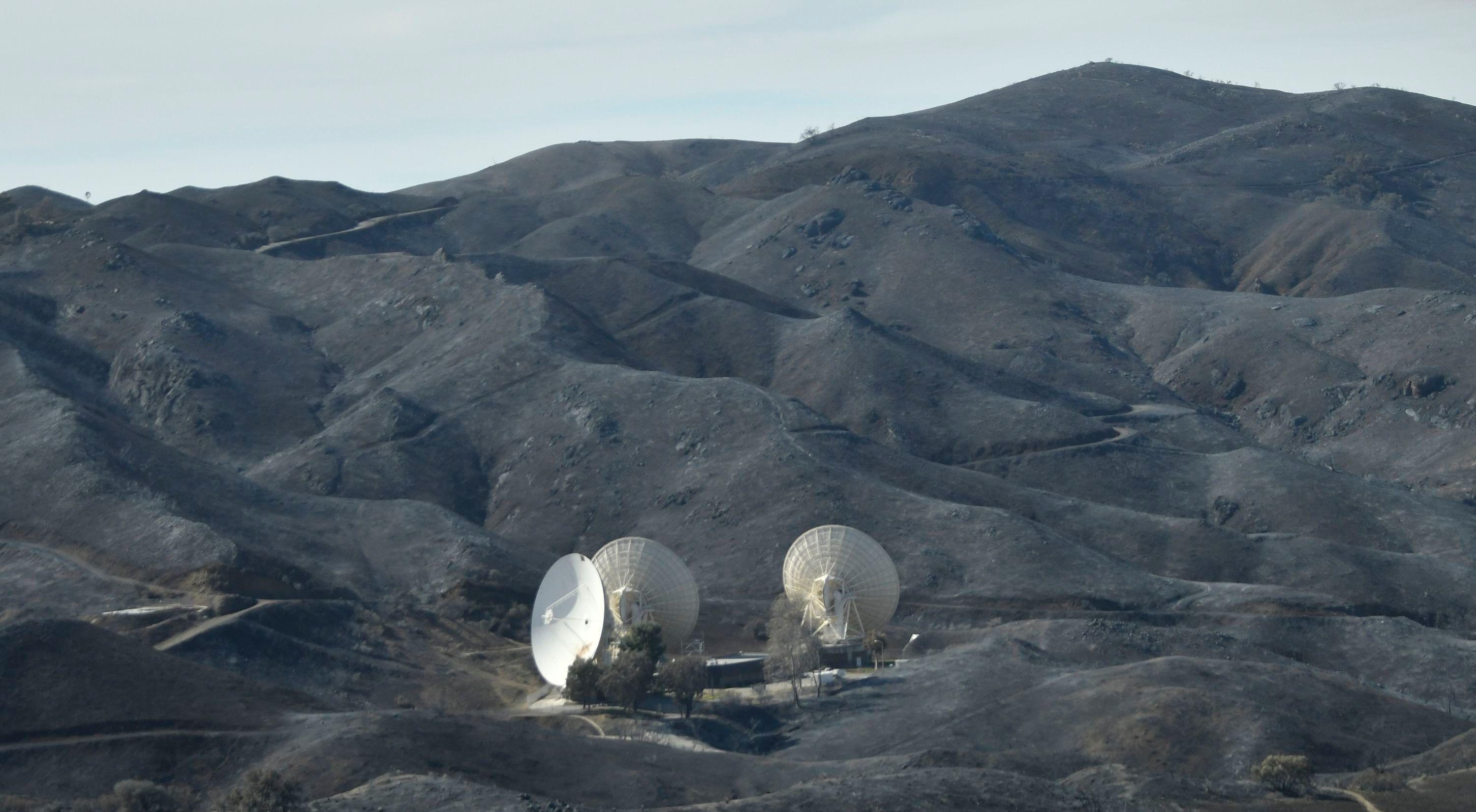 At least 435 buildings north of Los Angeles have been lost in the fires and 250,000 have been evacuated.

National Guard troops were due to arrive on Wednesday to help search for victims in the charred, ash-strewn ruins where the northern California town of Paradise stood, before it was erased in the deadliest, most destructive wildfire in state history.

The Guard contingent, about 100 military police trained to look for and identify human remains, will reinforce the coroner-led recovery teams, cadaver dogs and forensic anthropologists already scouring the ghostly landscape of a fire that has killed at least 48 people.