REVEALED: Facebook data collected by Cambridge Analytica was accessed from Russia and professor who designed the program was ALSO working in St Petersburg 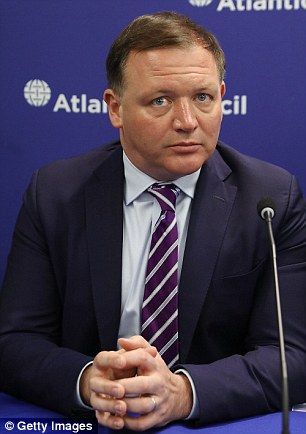 Facebook data collected on tens of millions of American users by Cambridge Analytica was accessed from Russia, a British MP has said.

The Information Commissioner’s Office in Britain made the discovery, conservative MP Damian Collins told CNN. Collins, who heads up a British Parliamentary investigation into fake news, said he wanted to know who accessed the data, what were they able to see, and if the data was used for anything.

At the heart of the scandal is Dr Aleksandr Kogan, who designed the personality test on Facebook that gathered information from users and their friends.

Kogan is a psychology professor at Cambridge Univeristy. He began to work with Cambridge Analytica in 2014.

Collins says Kogan, who was born in the Soviet Union, had been in Russia at the same time, working on a cyber-bullying project sponsored by the Russian Government.

In an article written for the Times of London, Collins says: ‘Dr Kogan’s work is being investigated by the UK Information Commissioner and they believed that the Facebook data he gathered may have been accessed by third parties in other countries, including Russia’. 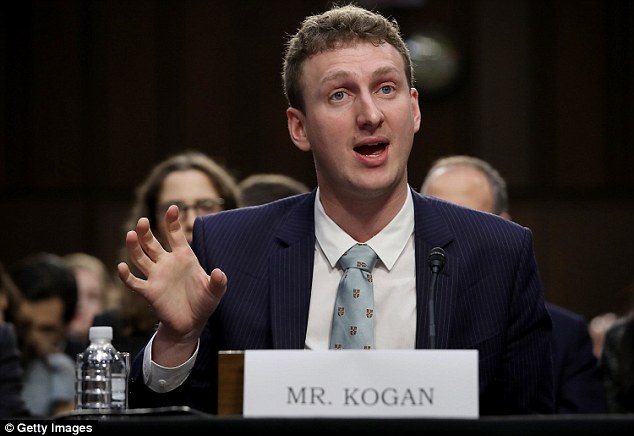 Dr Aleksandr Kogan (pictured), who designed the app used on Facebook to collect the data, was simultaneously working in St Petersburg on a cyberbullying project sponsored by the Russian government

He says the Russians used ‘sophisticated targeting techniques’ to amplify more extreme voices – especially those with hard views on race relations and immigration.

The MP also said the select committee he chairs in the British House of Commons had been told by Facebook the Russians also ‘ran anti-immigration ads targeting users in the UK in the run up to the Brexit referendum’.

Kogan confirmed to CNN he had been to Russia multiple times, but denies providing any of the data he had collected for Cambridge Analytica to any Russian entity.

The professor did concede he may have accidentally exposed the data, and said it was possible someone in Russia could have hacked his computer without him knowing.

‘I don’t know what could have happened to the data [from the Facebook app] once I handed it over to Cambridge Analytica so it is difficult for me to speculate,’ he said. 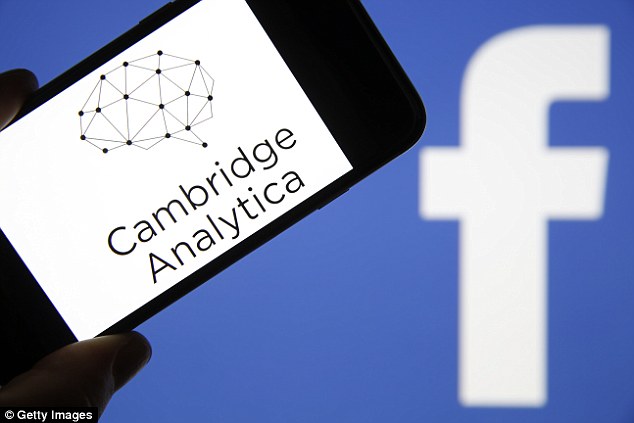 Kogan says it is possible the data was accessed by a hacker, but the ‘access’ could be as innocent as someone working for the company checking their emails while in Russia

‘This could be really innocuous, it could be as simple as an SCL (Cambridge Analytica’s British parent company) representative was in Russia and they remotely accessed the server to see some of the files.’

‘It could have nothing to do with the Russian authorities, it could just be someone checking their mailbox.’

The Information Commissioner’s Office in Britain noted in a report issued last week Kogan had declined to meet with the office to be interviewed, but Kogan said he and his legal team were discussing speaking with the office.

The group are accused of hacking into Democratic email accounts during the 2016 presidential election and releasing stolen and damaging conversations.

They are also accused of stealing information on 500,000 US voters after hacking a state US election board.

Hours after the indictment was released, Twitter suspended two accounts allegedly run by the agents, which were used to disperse the stolen information.