Fabrice Guerin, 50, took the picture of his friend in the Archipelago of the Azores, off Portugal. 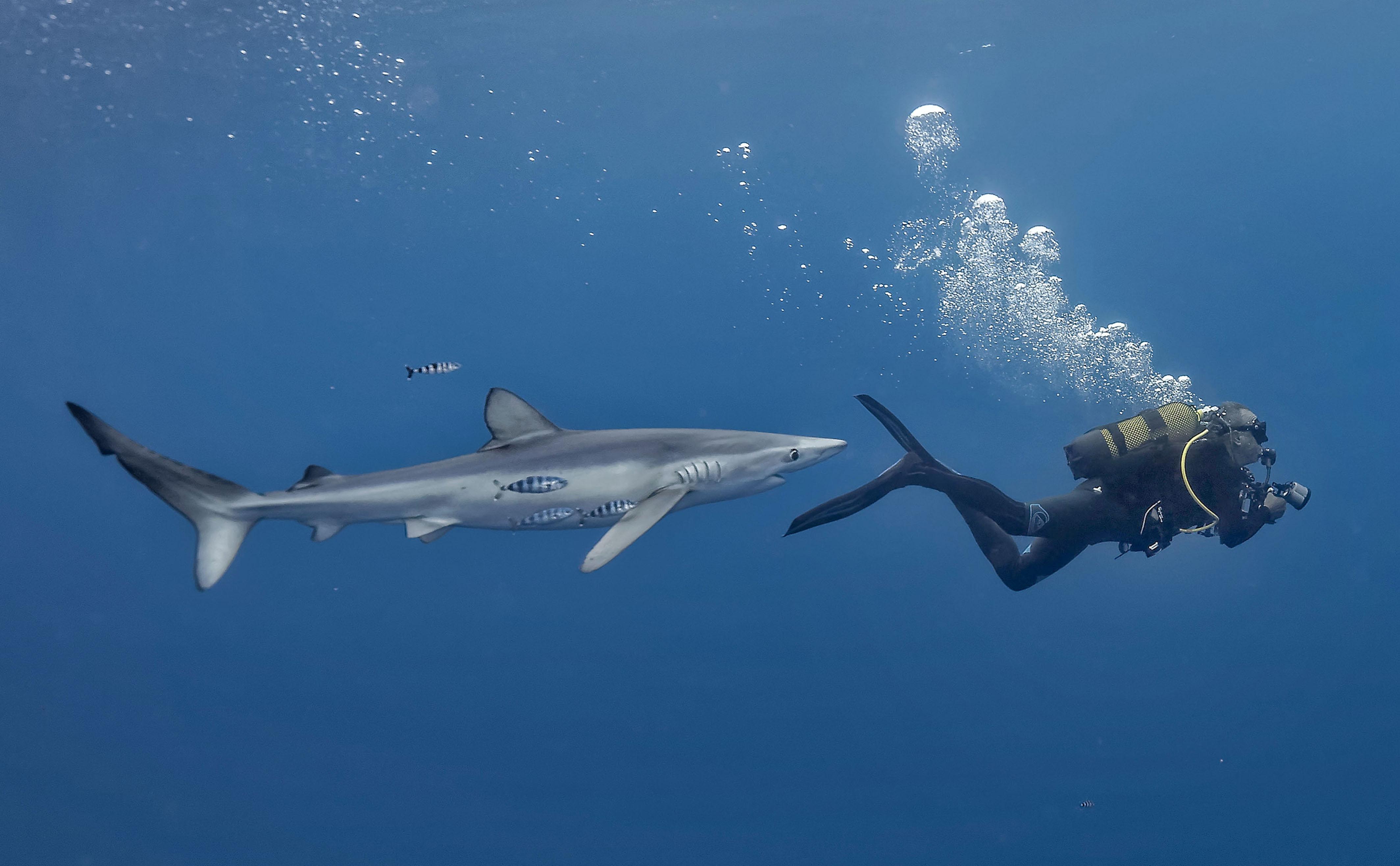 He said: “There was no threat to my buddy. It was a funny picture.”

“This world is fascinating because nature is prioritised over all. An animal doesn’t lie, it’s authentic and that is what I like.

“Suddenly our local guide screamed ‘blue shark!’, so we decided to slide in the water and join them.

“Underwater, I saw the shark swimming fast to the surface and, seconds after, I took the shot of him with a great shearwater on his jaws. 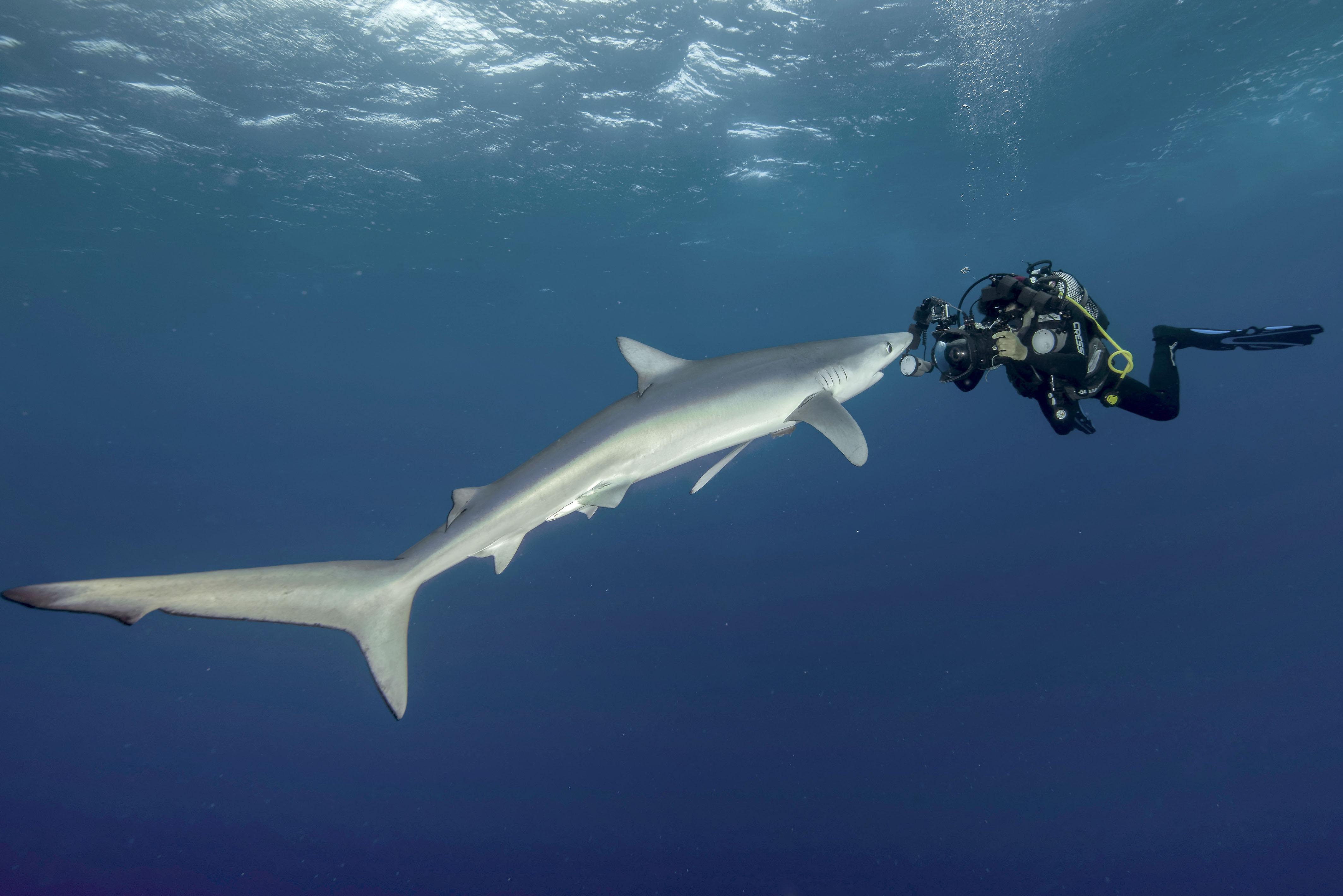 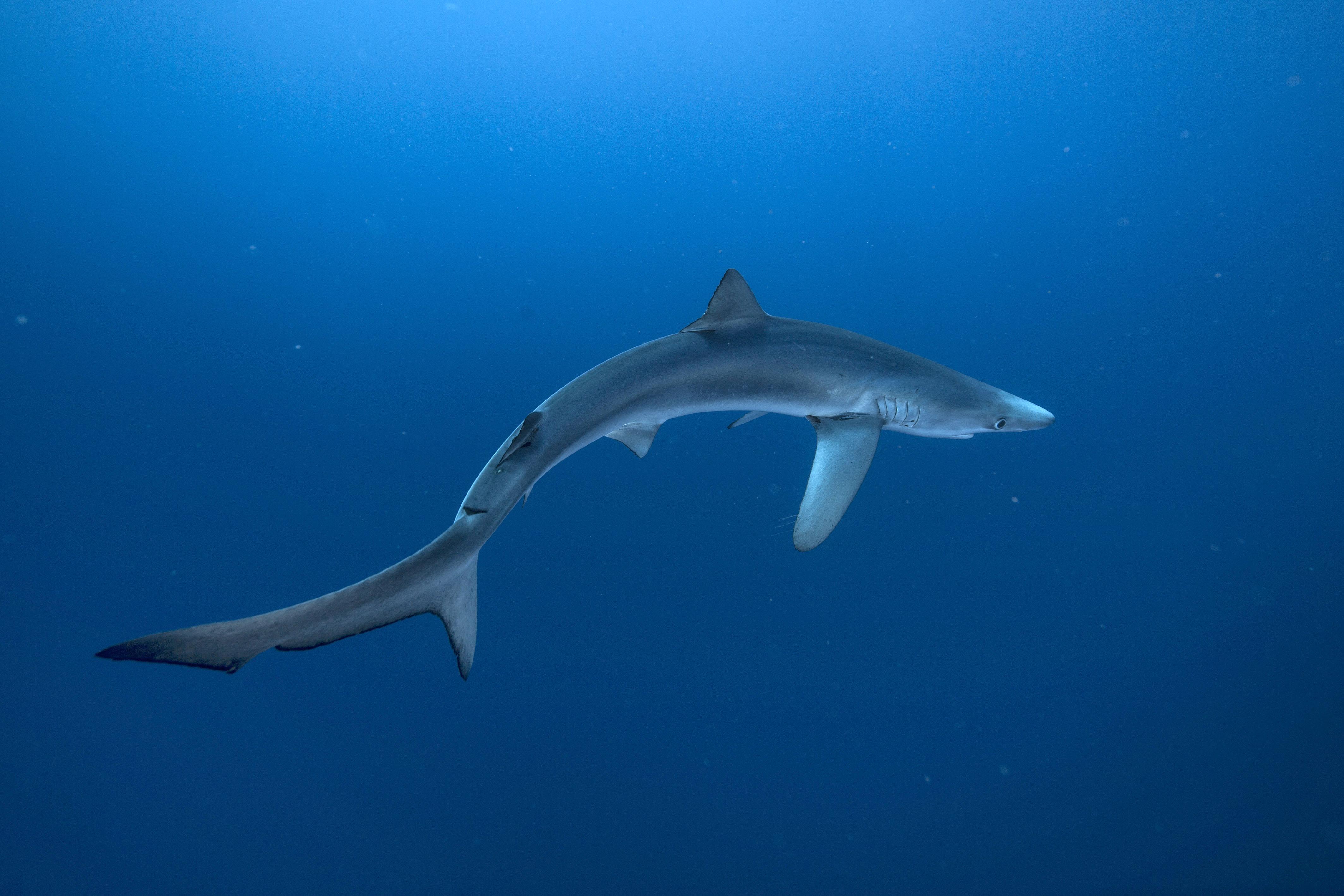 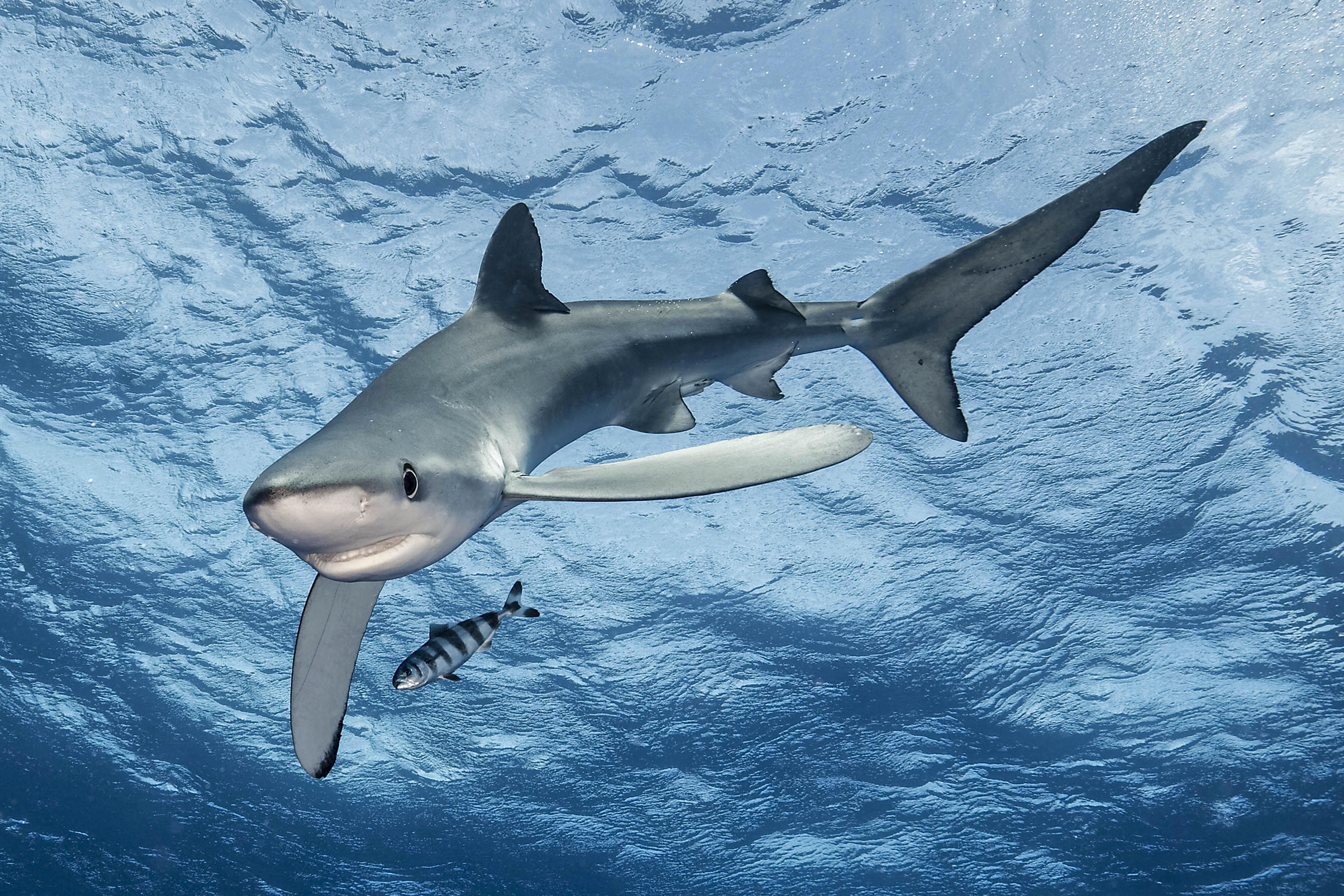 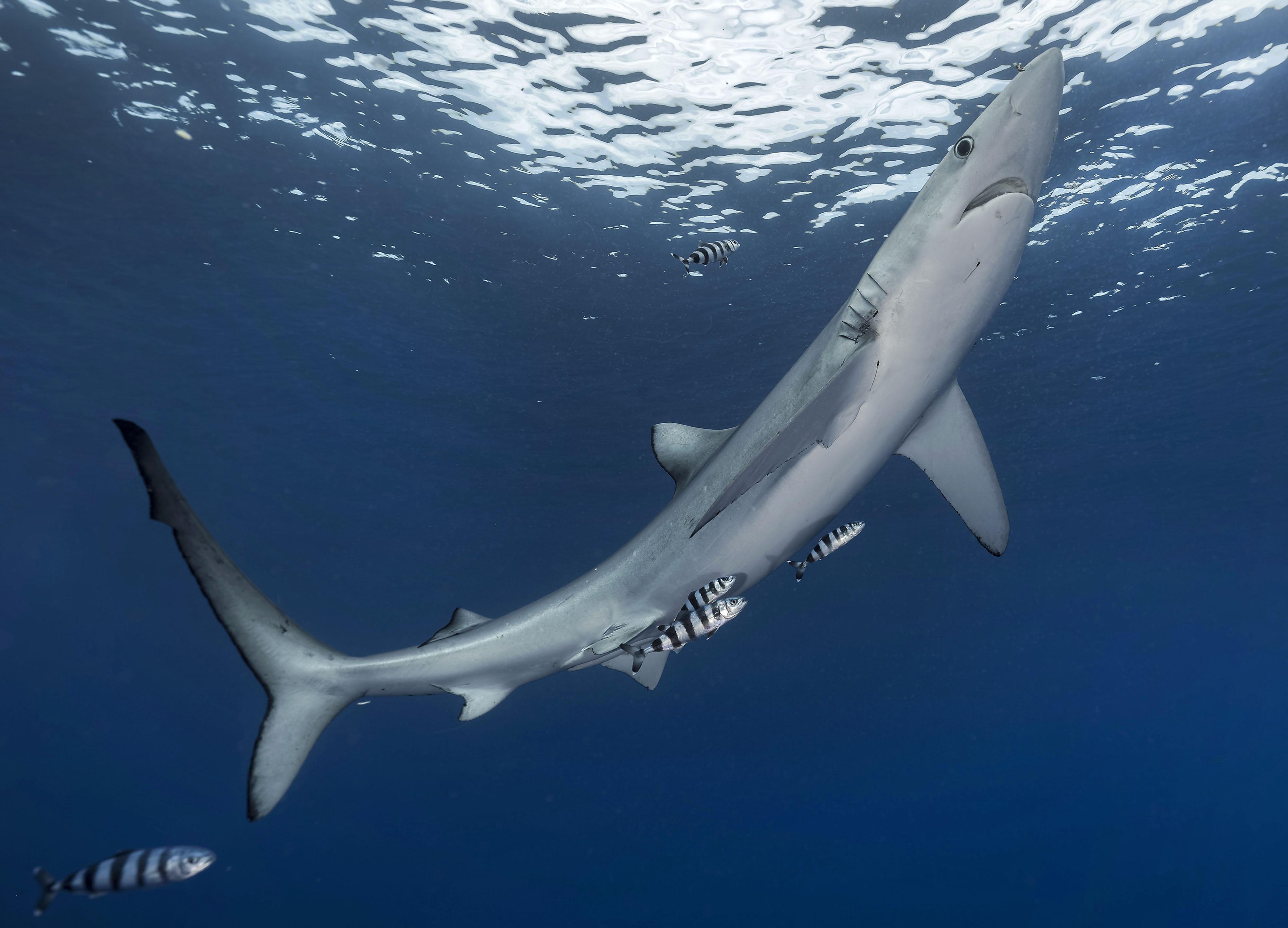 “A few minutes later, probably because of the smell of the pray, two other curious blue sharks joined us, turning around the place.

“That was the moment when I took the photo.

“With its slender silhouette, big eyes and long nose, blue shark looked like a cartoon character.

"It is very curious and shy, but it is actually real and vulnerable!