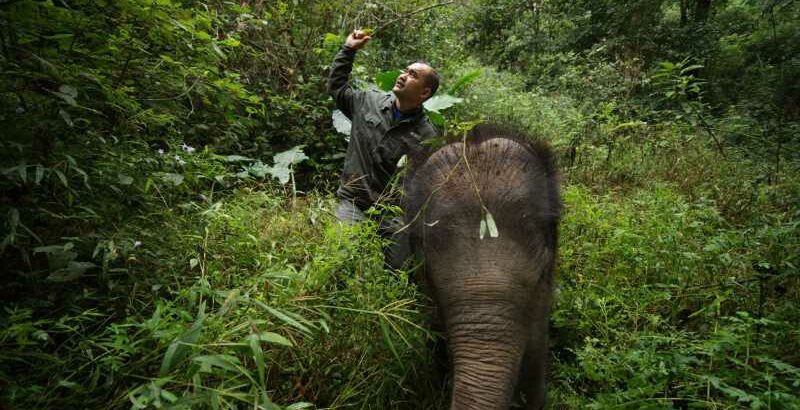 Longlong the elephant is eight months old, 300kg – and still hungry. Even a short amble through the forest of his sanctuary takes some time, as he eats every bit of foliage in range of his trunk.

He was found with his leg trapped in vines and taken to a rescue centre in Xishuangbanna, southwest China.

Chen Jiming is a ranger at the sanctuary, but he says his most important job is “elephant dad”. He spends all day with Longlong. 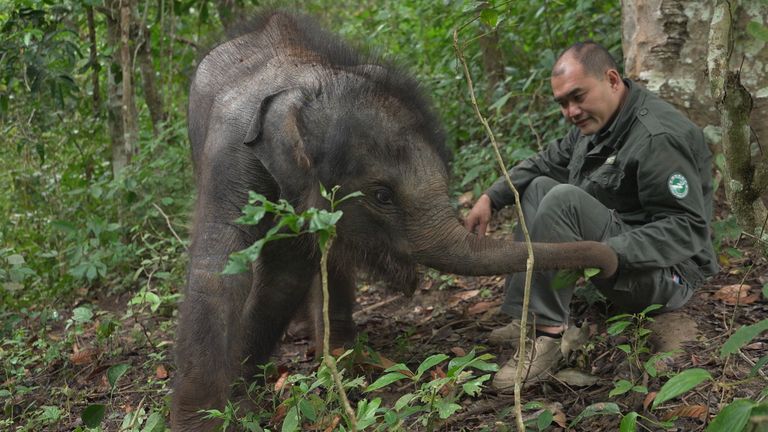 For a long time, biodiversity took a backseat to economic development in China. But now the country is putting much more effort, and resources, into protecting its wildlife.

“The wild elephants, according to our observation, their population is growing with years,” Chen tells Sky News.

“We have noticed that every time when wild elephants move in or around the protection zone and the wild elephant valley, we always find new baby elephants. That proves the growth of the population of wild elephants with years.”

The population has grown so much in fact – from 150 elephants in the 1980s to more than 300 today – that they’ve been setting out in search of pastures new.

This summer a herd of elephants packed their trunks and went off on an adventure, travelling hundreds of miles and spending 17 months on the road. Their long march broke the Chinese internet and was the story of the summer.

In Xishuangbanna, they introduced new systems last year to monitor wild elephants and minimise the chance of conflict.

More than 600 infrared cameras keep watch throughout the area. 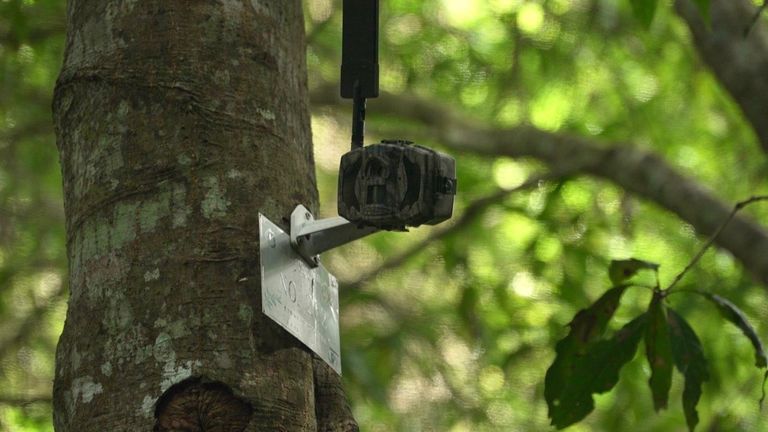 When they detect movement, they take a picture and computer software identifies whether it’s an elephant or not. Alerts are sent to anyone in the elephant’s warpath via an app and loudspeakers sound warnings in the villages.

Tan Xuji, director of the centre, tells Sky News: “We and the Forestry Authority do a lot of education work and popularise elephant protection knowledge to local people.

“Once we issue the alerts, local people get them, they won’t go close to elephants nor scare them or drive them away.

“The conflicts between elephants and humans have reduced a lot.”

The tech is combined with more hands on work in the field.

Rangers track the elephants on foot, sometimes climbing five metres up trees for a safe view. 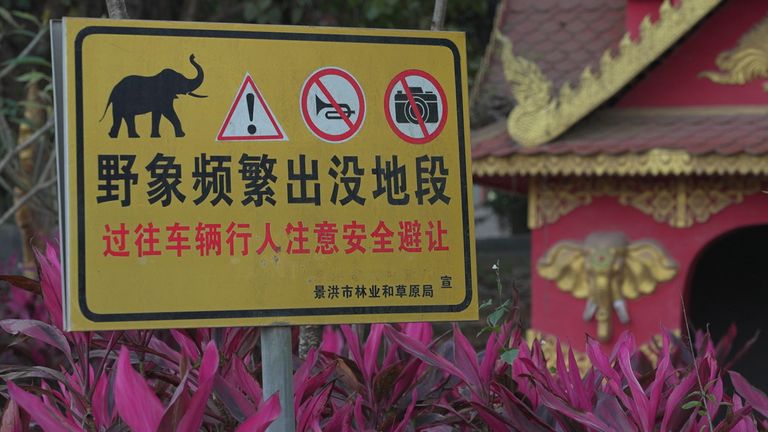 They have widened some of the routes usually walked by elephants, to encourage them away from population centres, and fitted them with infrared cameras.

More recently, they have planted what they call “elephant canteens” – areas filled with elephants’ favourite food.

“This area is one of elephants’ passages,” Yan says.

“Every year, they pass by. Another reason is that no people live here. it can reduce the damages on people. This place is away from people’s villages. It can protect people’s safety. We set up an elephants’ canteen here to feed them so that they won’t go to people’s houses.”