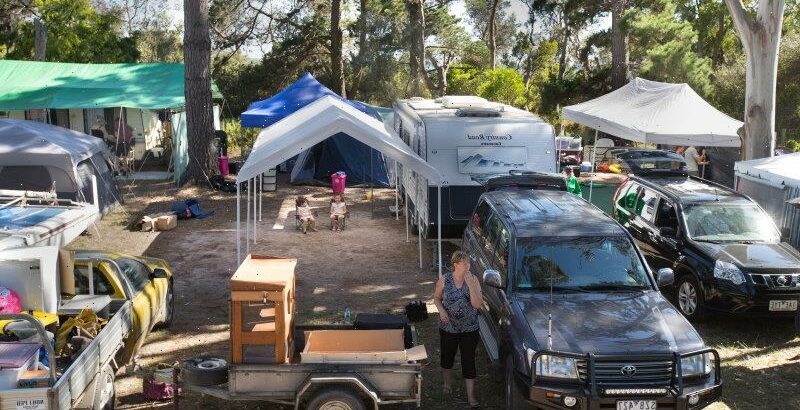 Camping will be delayed at popular Mornington Peninsula sites for up to eight weeks after recent storms caused extensive damage in the region.

The Mornington Peninsula Shire has reported the areas affected include Rosebud, Rye, Sorrento and McCrae. 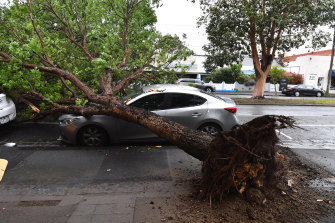 There were plenty of these scenes in Melbourne last week. Credit:Joe Armao

A council statement said there had been a high volume of calls from residents needing assistance after the recent bout of wild weather.

This week some residents of the Mornington Peninsula still remained without electricity after the storms caused extensive damage to power infrastructure.

Mornington Peninsula Shire mayor Despi O’Connor said she hoped to have some sections of the campground open soon, but the safety of campers was the priority.

“We will await advice from the experts that trees have been declared safe before opening,” she said. “We are so keen to have campers back on the peninsula, but unfortunately we’ll have to wait a little longer.” 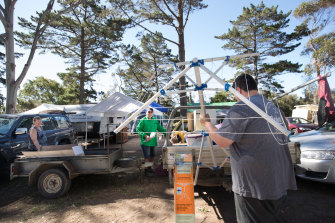 Campers setting up at Rosebud in happier times in 2018. Credit:Simon Schluter

The council said it had notified campers of the delay to the season, which was set to begin on Friday.

The reopening of camping grounds will be staggered once they are considered safe.

Cr O’Connor said residents had made thousands of calls for support on Friday last week and over the weekend to the State Emergency Service and the council.

“There are many days and weeks of recovery ahead of us, and we continue to assess the extent of the storm damage.”

Mornington Peninsula Regional Tourism Board chairman Roger Lancia said campers were a vital part of summer tourism in the region.

He said many shops near the camping grounds depended on campers during the busy season.

“Campers are essential to their summer,” he said.

“They’re as important to the tourism economy as someone who has booked a hotel room or an Airbnb.”

He said many businesses had been hit hard by the recent storms and were unable to open up for the Melbourne Cup weekend just as they were preparing for an influx of visitors.

“There are a lot of businesses that missed an entire weekend’s trade,” he said. “That would be devastating.”

In Rye, Vulcano Gelato owner Maria Azevedo said it had been so busy recently that local businesses would be unaffected by the late start to the camping season.

She said many people had also moved to the Mornington Peninsula permanently.