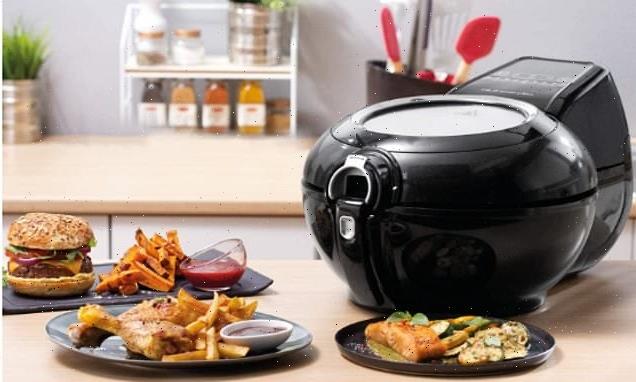 Have yourself a frugal little Christmas! One in five families will use air fryer to cook their festive dinner and cut costs

Christmas is usually a time of overindulgence but this year some are shunning the usual extravagances in favour of more frugal and laid-back festivities.

One fifth of us are expected to opt for trendy air fryers rather than ovens to cook Christmas dinner in a bid to cut energy bills as the cost-of-living crisis bites.

Air fryers use less than half the energy that an oven requires, so over time they can reduce gas and electricity bills.

Those cooking for Christmas will be relieved to hear the appliances can roast green vegetables, potatoes and poultry – including turkey. 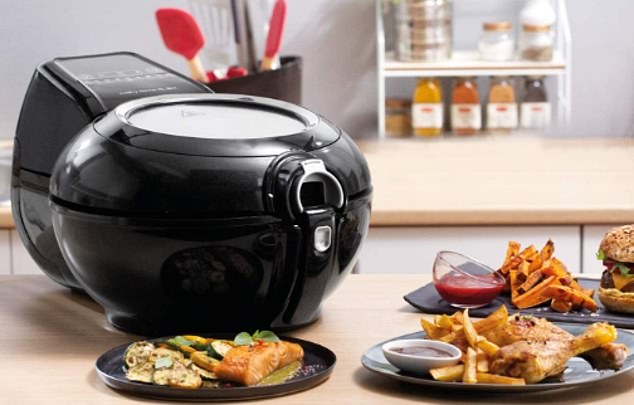 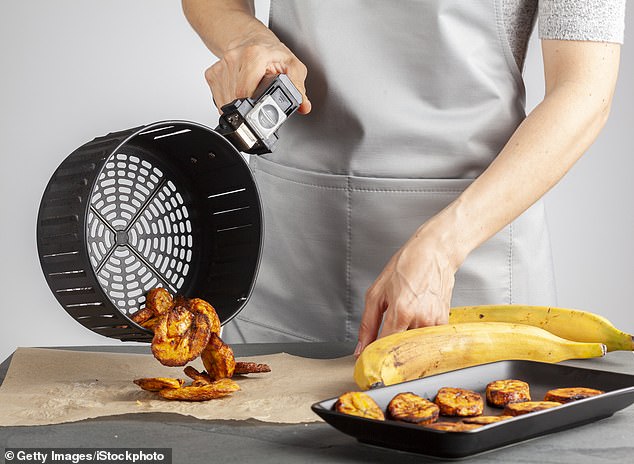 However, air fryers with capacities of less than 5.7l litres may not be large enough to cook a bird whole.

The counter-top machine can also be used as a healthier option because air fryers require significantly less oil.

A survey for John Lewis found many of us also plan to dress down this year, with only 9 per cent puting on their festive ‘glad rags’. Instead of sequins, velvet, black tie and high heels, this year will see almost half of us – 45 per cent – in relaxed apparel such as pyjamas or jeans on the day.

Meanwhile rocketing prices are forcing millions to scale back on lavish details and luxury presents. Four in ten of those cutting back admitted to buying cheaper presents for friends, while one in five are spending less on an office ‘Secret Santa’. And many started Christmas shopping earlier than ever this year to spread costs.

The study found donations to charity, gifts for pets and treats left for Santa were among the most likely outlays to be axed.

However, presents for children were given top priority, closely followed by alcoholic drinks. With the average Christmas dinner costing a third more than in 2021, according to Good Housekeeping, many plan to make further savings by cooking more from scratch.

Stuffing, gravy and mince pies are among the most popular elements to prepare at home.

Although turkey is the traditional star of the Christmas dinner table, a trussed-up competitor is vying for the crown.

Retailers are launching seemingly endless varieties of pigs in blankets amid a bird flu outbreak and competition for customers.

Each year, consumers spend over £30million on them in supermarkets, making the trimming big business for vendors. Food consultant Neil Nugent told The Observer new products pull in customers. He said: ‘Turkey needs all the help it can get. Salty, smoky bacon and nicely seasoned sausage … really helps.’

The Pizza Punks brand has a pigs in blankets pizza that ‘goes down a treat’ while burger chain Five Guys even tried a pigs in blankets milkshake. Tesco stocks 16 varieties, while Asda and Marks and Spencer both sell foot-long versions.