Snake in the grass: Can you spot the deadly deadly reptile hiding in the undergrowth?

A challenge to try and spot a venomous reptile seen hiding near a walking track has gone out to Facebook users.

Uploaded to Sunshine Coast Snake Catchers 24/7 on Wednesday, professional snake catcher Lockie Gilding invited his followers to try and find a serpent lurking in the bushlands.

An eagle-eyed observer just might be able to pick out the wild red-bellied black snake, captured on camera near a popular Sunshine Coast walking track. 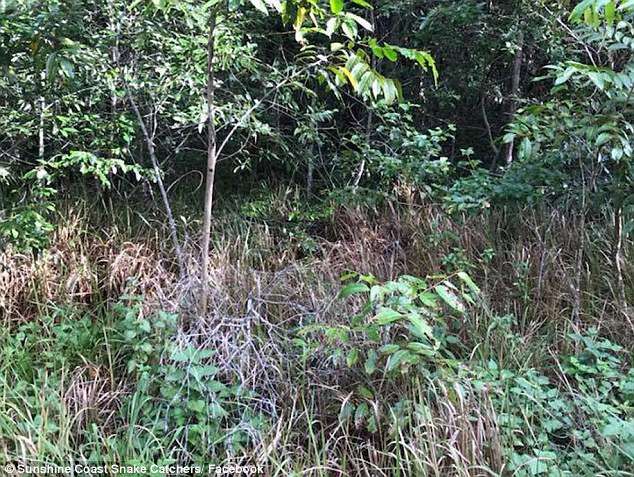 Almost 60 people had a go at spotting the snake, with only a couple being able to correctly identify the lurking predator.

One Facebook commenter made their guess, saying, ‘Stripy looking long thing! Curved around a bottom branch more to the left?’

‘I think it’s in the very bottom right,’ said another.

While Gilding admitted this was one of the hardest games of ‘spot the snake’ he’d uploaded to Facebook, a few of his followers spotted the serpent just off to the right of the centre of the photo. 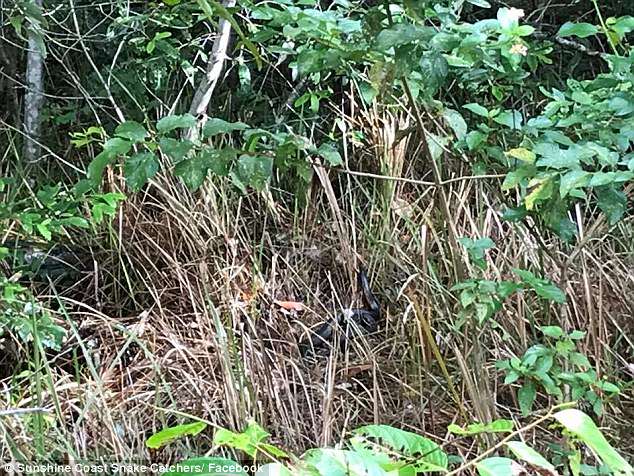 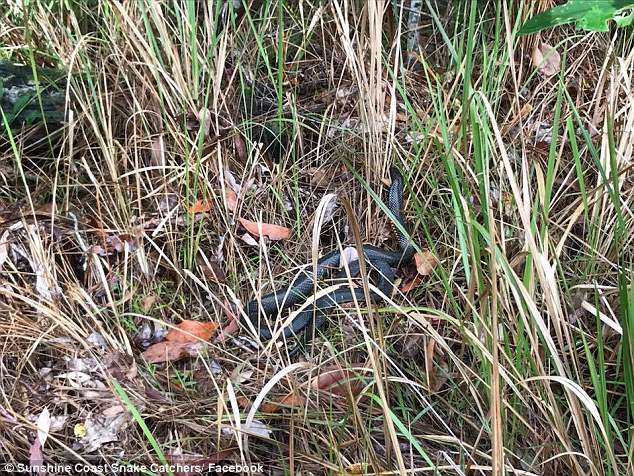 The snake was identified as a venomous red-bellied black snake, which is considered docile

The snake was identified by Gilding as a red-bellied black snake, which are not uncommon for the area.

One user on Facebook asked why there were so many snakes around during what is normally hibernation season.

The reply was that even though it is currently Winter, most snakes in the area are warm-blooded and still move around during the day, only slower than usual.

Though they’re considered venomous, the bite of a red-bellied black snake is not usually fatal.

One thing they do well, as Gilding’s followers found out, is blend in with their environment. 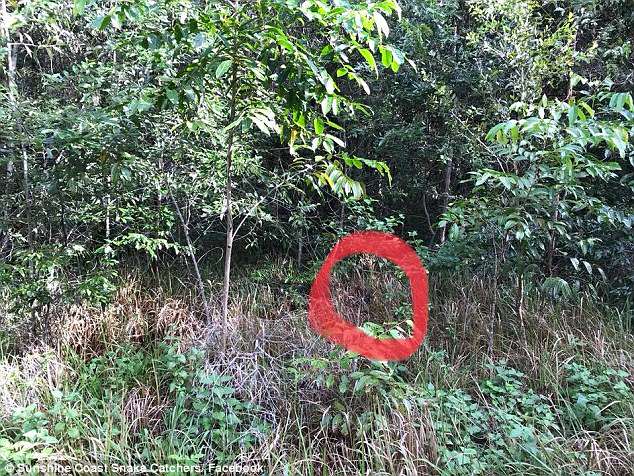