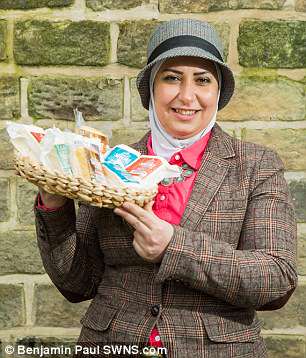 Syrian refugees who fled war and terror for a new life in Britain are hoping they can pay back their host nation’s hospitality – by helping to end the halloumi shortage.

Supplies of the Cypriot cheese are running low as the UK gobbles it faster than the product, a mixture of goat’s and sheep’s milk, can be produced.

Razan Alsous and her husband Raghid, who are Syrian refugees, decided to make a version of halloumi when they couldn’t source any in their new hometown in Huddersfield.

Razan, 35, and Raghid, 53, who fled war in Syria with their three children in 2012, first started making the ‘Squeaky Cheese’ that tastes just like halloumi, at their home in West Yorkshire.

Razan thought of the idea after struggling to find the foods she craved on her local supermarket shelves soon after she immigrated.

She said: ‘I couldn’t find halloumi in Huddersfield, so I thought, ‘why not make it myself?’

‘I started experimenting at home. We got a £2,500 loan to make it commercially.

‘My first premises was a fried chicken shop, and we were there for three years.

‘People love to eat our cheese.’ 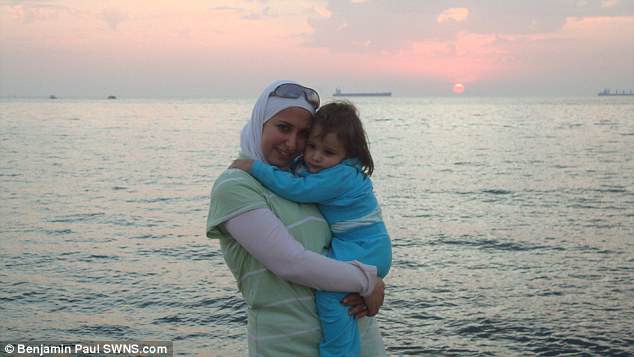 Razan Alsous, 34 with one of her children, in Syria, in 2010, The family were forced to flee just two years later 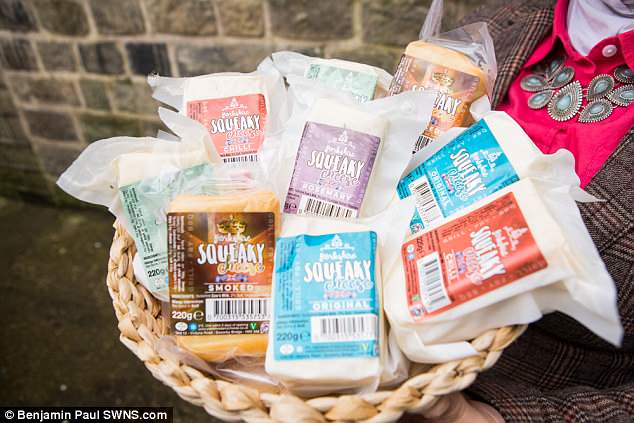 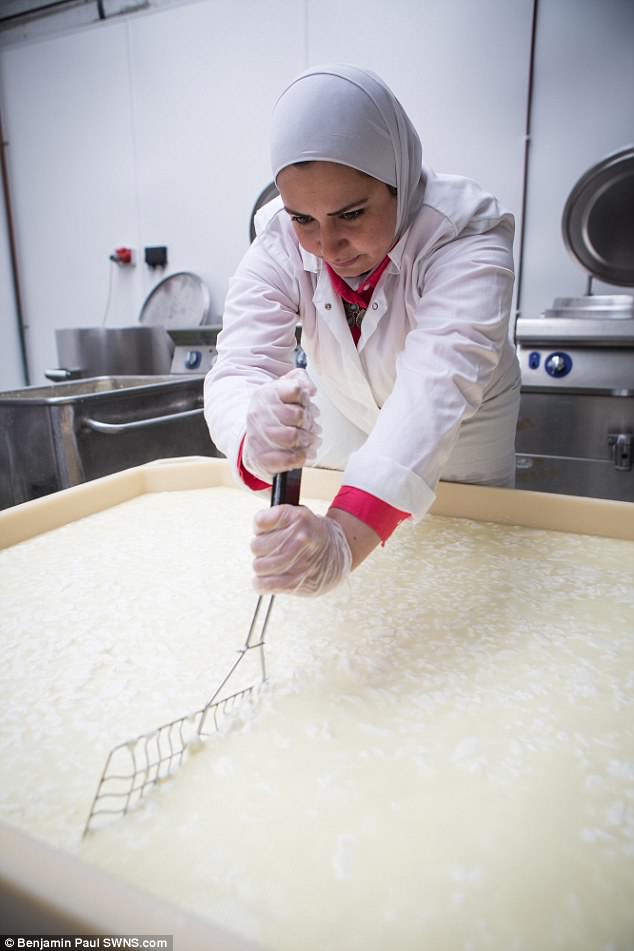 Currently, the UK eats more halloumi than any other nation outside of Cyprus.

The cheese, which sells for £3.50 online, has proven to be a hit winning lots of awards, including the World Cheese Award Gold Prize 2016.

Razan said: ‘I think people love that we’re local. There is provenance.

‘We make lots of different cheeses now – my husband is also looking into Syrian yoghurt.

‘I think the milk here in Yorkshire is very good.

‘But we are going to have to increase the output.’

Currently, the couple produces 2,500 blocks of Squeaky Cheese every week.

However, Razan says this isn’t enough any more – and, says, she’s noticed an increase in requests since the shortage from Cyprus.

She said: ‘Yes, in the last week I have seen more people ordering Squeaky Cheese.

‘But I have heard about this shortage. Whatever is going on, we cannot make enough – people order it before it’s made.

‘It’s normal for us to be very busy and that’s good. We have future plans.’ 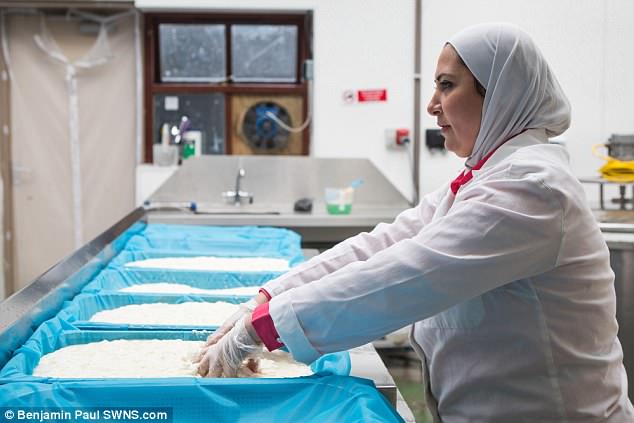 Mrs Alsous, who fled war in Syria in 2012, first started making the cheese at home in Huddersfield, soon after immigrating to the UK 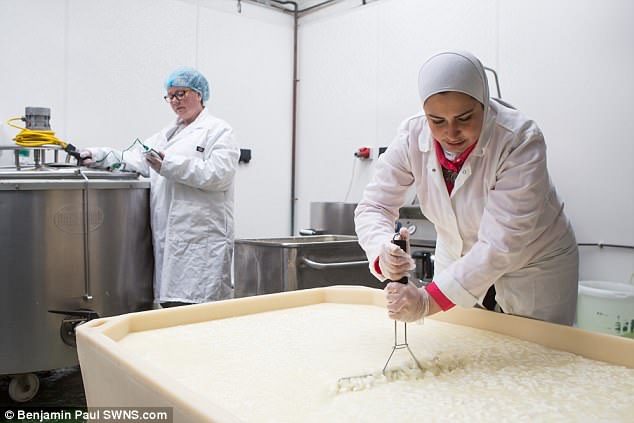 The process is underway to try and get Squeaky Cheese onto supermarket shelves for the first time.

Razan said: ‘We have been talking to the supermarket and we are doing training and documentation.

‘There’s a lot to do – we have to make sure the cheese is traceable and to the high standards.

‘It’s exciting – the company recognises the quality, and sees the potential.. We have a Yorkshire cheese made with local ingredients in an old authentic way.

‘I use cow’s milk to make mine, but the flavour is still very nice. 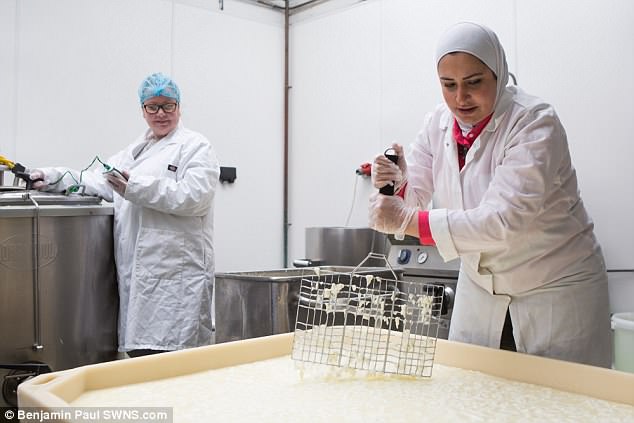 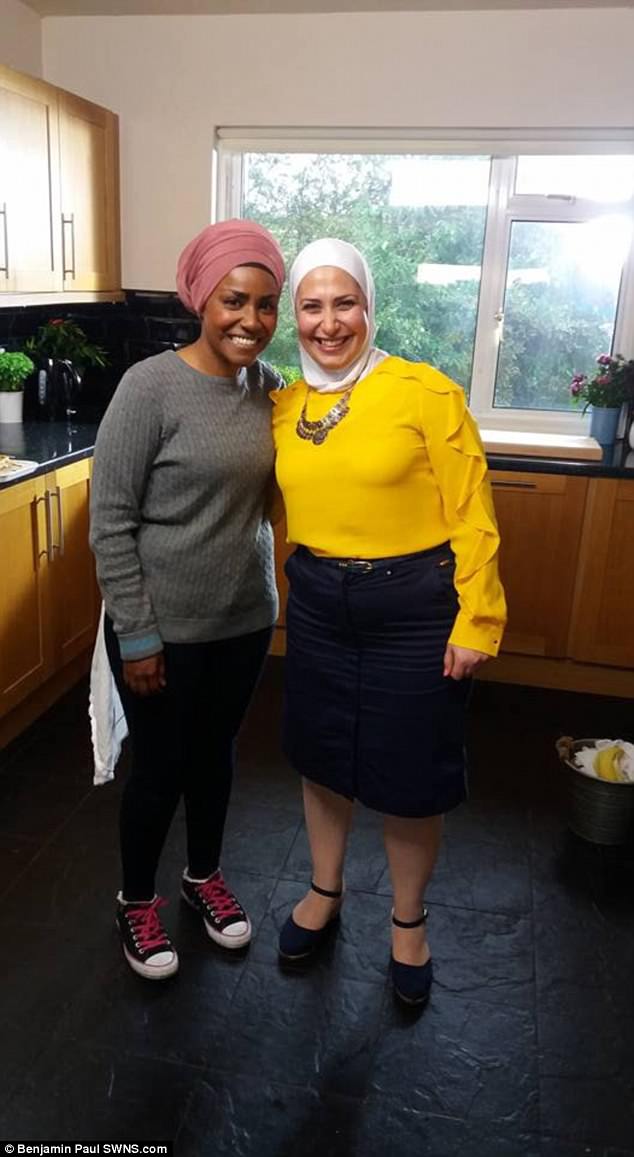 Razan Alsous, with GBBO winner Nadia Hussein in 2017. Razan came to the UK as refugee in 2012

‘We’ve been growing 45 per cent year-on-year since we started. It is good. But we just cannot keep up with all the orders – we have to grow’.

The family had a hard journey from Syria to Yorkshire, but while ‘a hard decision’, Razan says her family soon settled and got lots of support from the community.

She said: ‘It wasn’t easy to move, but people have helped our business.’

‘I don’t think culture here is too different to Damascus – people love heritage and food and communities.’