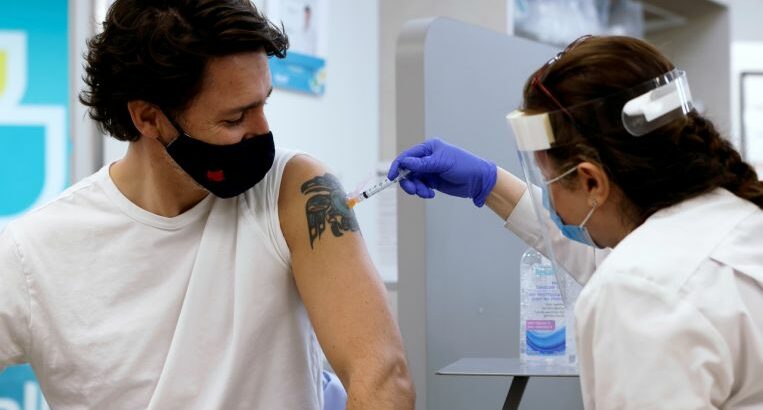 OTTAWA (REUTERS) – AstraZeneca’s Covid-19 vaccine is safe and Canadians should have confidence in it, Prime Minister Justin Trudeau said on Wednesday (April 28), reacting to news that a woman had died of a rare blood clot after being inoculated.

Ms Francine Boyer, 54, is the first Canadian fatality linked to the AstraZeneca vaccine.

She received a shot on April 9 and died last Friday in hospital where she was being treated for fatigue and headaches, her husband said in a statement.

“I have tremendous confidence in all vaccines, including AstraZeneca,” said Mr Trudeau, who got his first AstraZeneca shot last Friday.

“The risks of blood clots from getting Covid are much greater than the very, very rare, but real risk of side effects from AstraZeneca. It is a very simple calculation we should make,” Mr Trudeau told a Halifax radio station.

More than a dozen European countries temporarily suspended use of the vaccine after reports of blood clots combined with low platelets in a very small number of people.

Many countries have resumed using the shot.

Faced with a rampant third wave of the virus, several Canadian provinces recently began offering the AstraZeneca vaccine to people aged 40 and over.