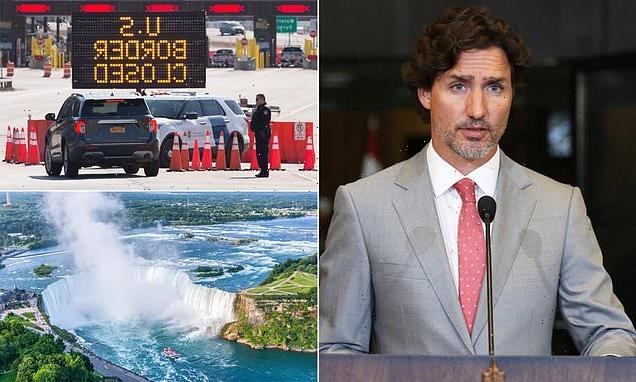 Officials have said that Canadian Prime Minister Justin Trudeau has discussed loosening the 14-day quarantine requirement for American travelers who have received two vaccines, but they may be still be subjected to testing for COVID-19 and shorter quarantine periods.

The plan is expected to be announced within a matter of days, Bloomberg reported, with transportation officials telling Politico that Canadian Public Safety Minister Bill Blair is considering naming June 22 as the day when restrictions could be lifted. 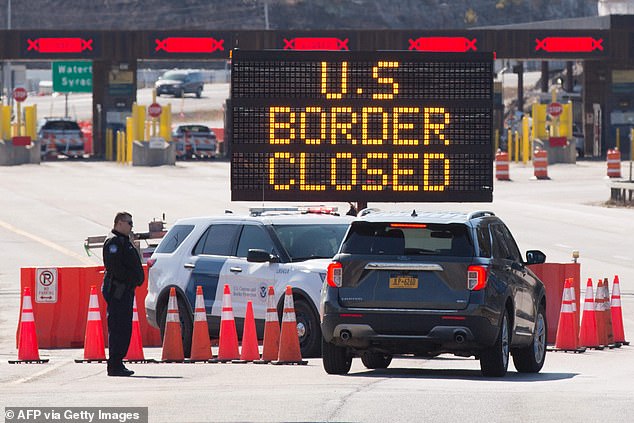 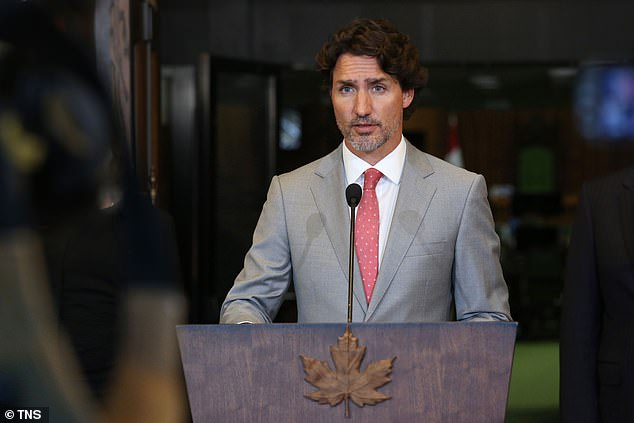 ‘He didn’t put it in stone, but he suggested that is the date they’re looking at,’ at a virtual meeting of the border mayors from Ontario,’ said Jim Diodati, the mayor of Niagara Falls. ‘We’re hoping to get some more confirmation this week.’

Trudeau has previously said that before the country can ease its COVID restrictions, including the travel restrictions, at least 75 percent of Canada’s population should have their first COVID vaccine and 20 percent should be fully vaccinated.

Windsor Mayor Drew Dilkens said Trudeau has told the mayors Canada was on track to hit that mark by June 21.

As of June 8, 61.7 percent of Canadians have received at least one dose of a vaccine, and nearly eight percent were fully vaccinated.

‘The federal government’s nervous,’ said Diodati, whose city relies heavily on American tourism. ‘They don’t want to make a mistake or misstep. We get that.’ 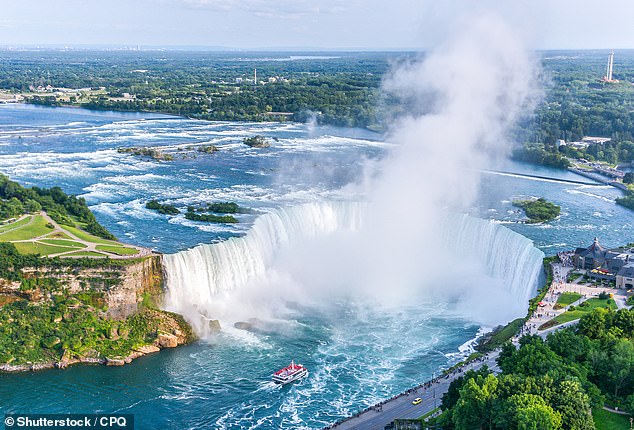 The pact that limits non-essential travel between the United States and Canada has been in place since March 2020 and is due for renewal by both countries’ leaders on June 21.

More than one million cars crossed over the border from Canada to the United States every month before the pandemic, according to Bloomberg, but that number decreased to just over 100,000 last year.

In order to open up the border, though, Trudeau has said he would like to work with American officials for ‘symmetry, coordination and collaboration at the border’. 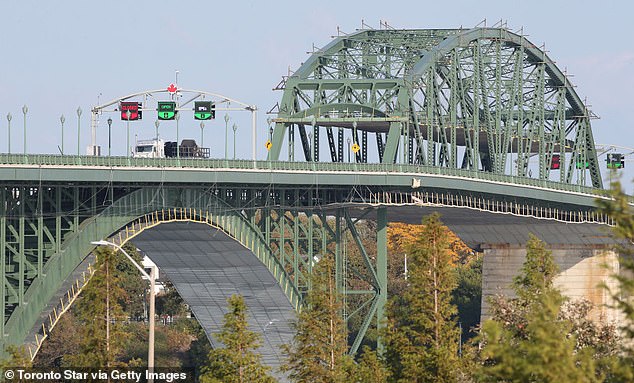 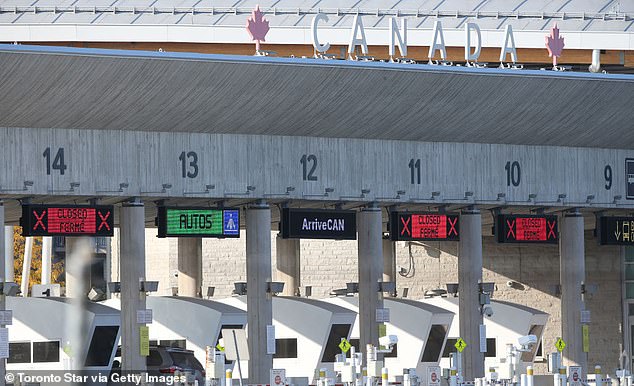 More than 1 million cars crossed over the border from Canada to the United States every month before the pandemic, but that number had decreased to just over 100,000 last year

Meanwhile, global leaders are preparing to speak about international travel at a G7 summit that starts Friday, following a virtual discussion last month between the countries’ tourism officials.

‘If we’re to safely and sustainably restart international travel on a global scale, we need a robust, accessible and coordinated approach,’ he said to The National News.

‘That’s why I’ve brought together my G7 counterparts to identify shared goals, address challenges we may face and progress work on a coordinated approach that will allow us to build back better as we look to the future.’ 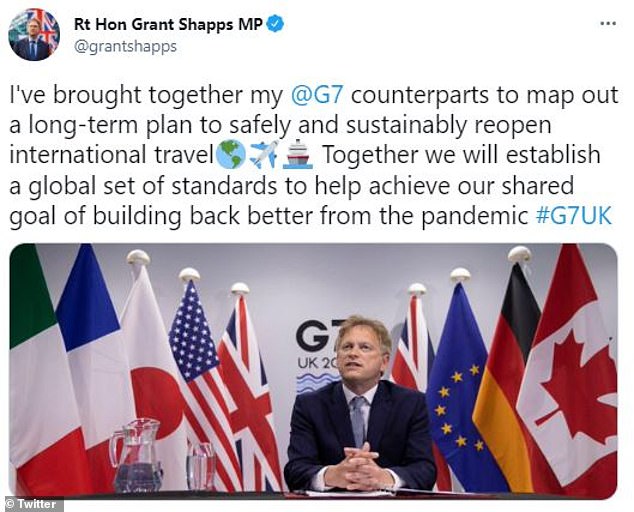 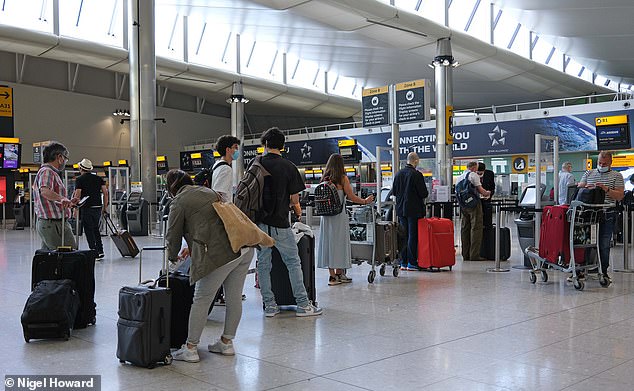 Major airlines are pressuring U.S. and U.K. officials to resume transatlantic travel ahead of the G7 summit this week

The European Union is already working on creating a digital pass that would allow people to show they have been vaccinated, tested negative for the coronavirus or had recently recovered from it to travel around the continent, and last month Italy reopened its borders to tourists from several destinations traveling on ‘COVID-free’ flights.

Travelers on these flights must get tested before their departure and again upon arrival regardless of their vaccination status , the country’s Minister of Foreign Affairs, Luigi Di Maio, announced on Facebook.

‘This is how we open to safe tourism from all G7 states after over a year,’ Di Maio said.

‘So far, with the COVID-free flights you couldn’t come to Italy for tourism from the extra EU countries,’ he said. ‘Now let’s reopen to this opportunity, which allows safe travels without quarantine.

‘With hard work we work to bring Italy out of crisis and save the tourist season,’ he wrote. 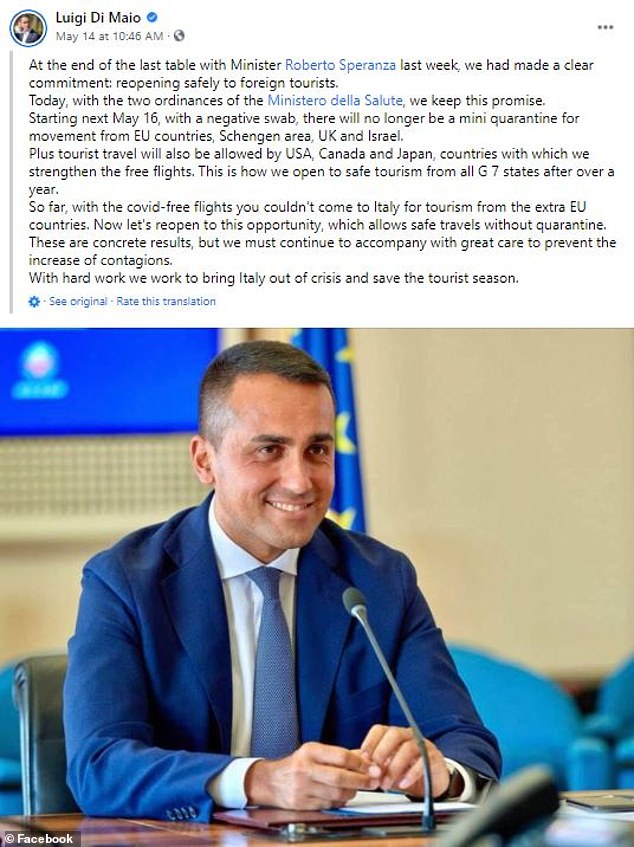 International tourist arrivals dropped 73 percent around the world in 2020, according to the World Travel and Tourism Council and 62 million jobs in the tourism industry worldwide were lost as a result of the pandemic.

Now, the CEOs of all airlines that offer travel between the United States and the United Kingdom, as well as Heathrow International Airport officials, are calling for a reopening of transatlantic travel.

On Monday, they spoke about the merits of having the United States added to the UK’s green list and encouraged the United States government to lift entry requirements for UK travelers who have provided a negative COVID test or are fully vaccinated.

International leaders are expected to discuss these measures at the G7 Summit, which will be held in the UK from June 11 to June 13, and an announcement about international travel is expected.