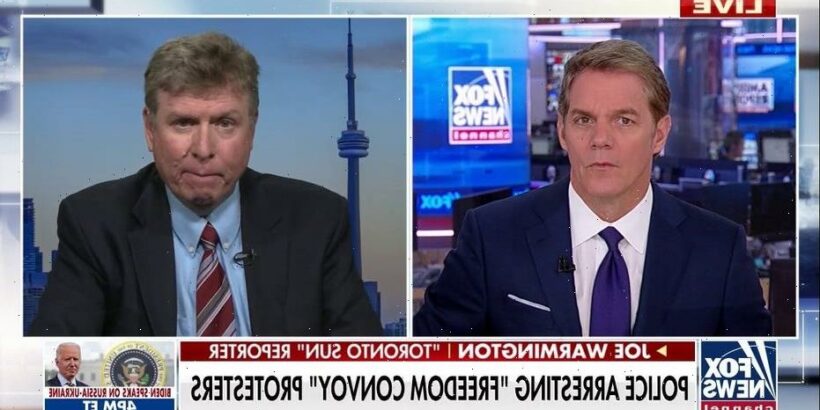 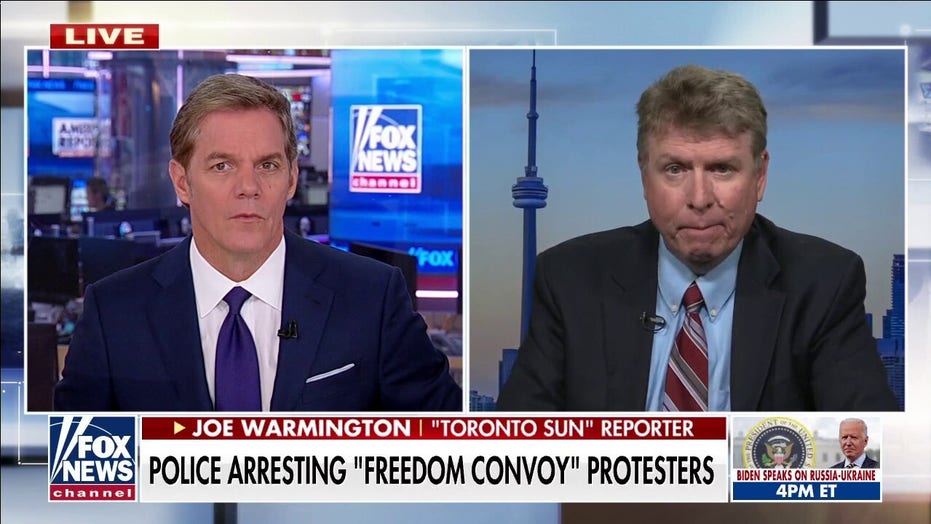 Canada is a police state at this time: Toronto reporter

Toronto Sun reporter Joe Warmington says there is no rule of law in Canada after Prime Minister Trudeau enacted the Emergencies Act.

Ottawa police on Friday announced the arrests of more than 100 protesters participating in demonstrations against COVID-19 vaccine and mask mandates in Canada that have been ongoing for weeks.

“You must leave,” Ottawa police said in repeated messages posted to their Twitter page in an effort to disperse protesters. “You must cease further unlawful activity and immediately remove your vehicle and/or property from all unlawful protest sites. Anyone within the unlawful protest site may be arrested.” 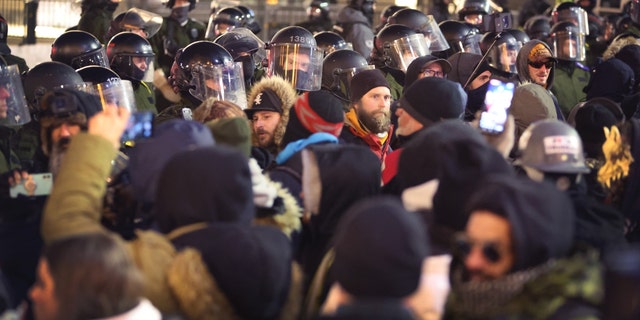 Ottawa police said in a Friday tweet that they arrested an individual for “intentionally harming a police service animal” after throwing a bicycle at a horse’s feet “in an attempt to injure it.” 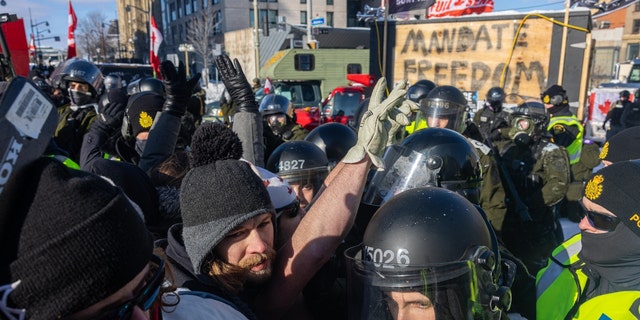 Protestors and the police face off in blockaded streets surrounding Parliament Hill on February 18, 2022 in Ottawa, Ontario, Canada. (Photo by Alex Kent/Getty Images)

“The protesters continued their assaultive behaviour with the police line, to prevent an escalation or further injury, mounted officers were sent in to create critical space between the police line and protesters. This is done to create a safe distance,” Ottawa police said after video footage of the incident went viral.

Later on, as video of the incident continued to spread online, Ottawa police doubled down, saying, “We hear your concern for people on the ground after the horses dispersed a crowd. Anyone who fell got up and walked away. We’re unaware of any injuries. A bicycle was thrown at the horse further down the line and caused the horse to trip. The horse was uninjured.”

In another Friday tweet, police said “no one has been seriously injured or passed away in any of today’s police actions.”

On Saturday morning, Global National reporter Sean O’Shea, who has been providing regular on-the-ground coverage of the protests since earlier this month, said “all the protest vehicles including trucks parked” in downtown Ottawa “are long gone overnight.”

Conservative members of the Canadian government have pushed back against the order. Member of Parliament Leslyn Lewis called the order “aggressive and unnecessary” in a Friday statement and said she would vote against it once Parliament resumes.

“It does not matter if you have opposed the protests, or if you have supported the Freedom Convoy — if you are watching what is going on, one thing should be painfully clear: there is not a single action being taken today by the police that could not have been done previous to the implementation of the Emergencies Act,” she said.

Lewis added that Trudeau’s order is “only about one thing: Justin Trudeau wants to financially attack and silence people he despises for disagreeing with him.”

“This entire situation started when he refused to use common sense and cancel the cross-border vaccine mandate for the truckers,” Lewis said. “Instead, he continued to wedge, divide, and stigmatize Canadians.” 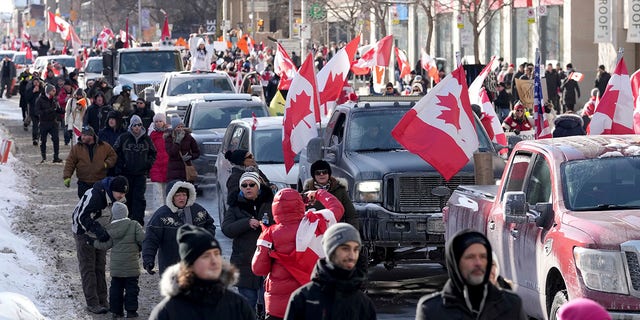 Trucks and supporters travel down Bloor Street during a demonstration in support of a trucker convoy in Ottawa protesting COVID-19 restrictions, in Toronto, Saturday, Feb. 5, 2022.
((Nathan Denette/The Canadian Press via AP))

“This week, to restore public order and protect Canadians as the situation evolves, our government invoked the Emergencies Act,” he said in a tweet. “We’ll continue to make sure municipal, provincial, and federal authorities have the resources they need, and do whatever is needed to keep people safe and get the situation under control – and we’ll make sure your rights and freedoms are protected. That remains our top priority.”

The demonstrations have created a shortage of auto parts, forcing General Motors, Ford, Toyota and Honda to close plants or cancel shifts. They could also further supply chain issues.