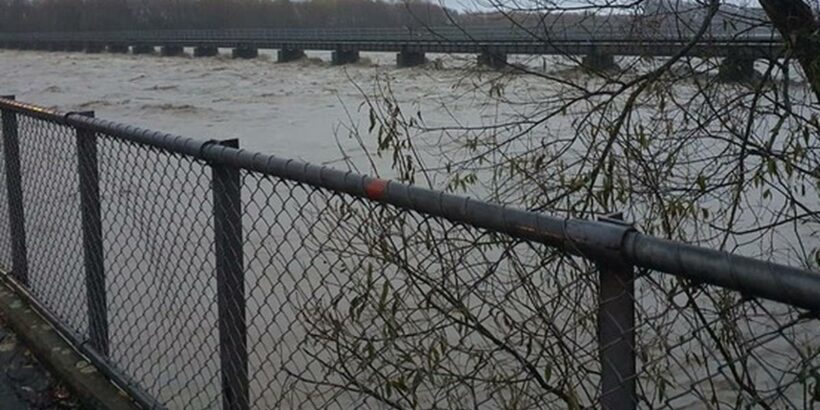 Ashburton residents are likely in for a long night awaiting possible evacuation as the river continues to rise following heavy rain throughout the day.

Ashburton is preparing for mass evacuations as the Ashburton River rises and heavy rain continues to fall, with up to 4000 homes at risk.

Ashburton resident Wendy Ranson lives in the town of Tinwald, just off the Asburton bridge.

She said she was expected the river to overflow, saying “it looks like it’s already started”.

“It’s totally crazy down here … I’m worried about the river coming down to us as it’s started now, but I haven’t heard from anyone to see if we need to evacuate yet.”

“My driveway is pretty bad at the moment, I’m debating whether I ring the council and ask for some sandbags, because I’m worried about my garage.

At 6pm on today she was not yet thinking about leaving, but said she also wasn’t sure where to go.

“We don’t really know where we’re going to go, all the town is pretty closed off at the moment from what I’ve seen on Facebook,” she said.

“We’ve been told we can go to Tinwald school but that doesn’t really help because that’s only around the corner.”

A large part of the area around the Ashburton bridge was beginning to flood, she said.

“On this side of town, as you’re driving towards the Ashburton bridge there’s a wee rest area with a bench and walking tracks … that’s completely covered in water now.”

“There’s an under viaduct where people can drive from street to street and that’s completely closed off. So it’s starting to come down the road.”

Resident Shanan Bailey lives in Rakaia, around 30km north of Ashburton, and said she felt safe staying put for the night.

She had been told the Rakaia River still had capacity and was unlikely to overflow.

“There’s not a lot of street flooding around the village because the council have done a lot of good work.”

“We’ve got a fair bit to go but if the rain keeps up like it has been, who knows,” she said.

“But we’ve got a pretty good fire brigade in Rakaia so they’ll let us know.”

“I think we’ll be alright in Rakaia tonight.”