The crash occurred last November near Llanddulas in Wales when the female driver of the silver car pulled out from a lay-by. 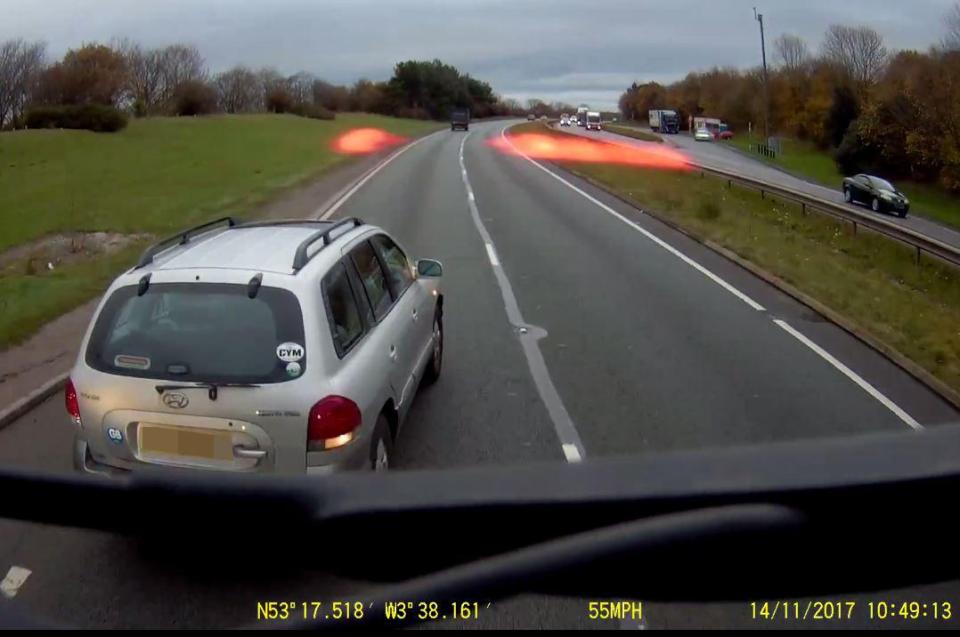 The dashcam footage shows the lorry slowing down as the car, which was indicating, pulls out but there was not enough time for the lorry to avoid hitting the car.

The force of the impact shunts the car into the outside lane where a blue Mercedes estate then smashes into it.

Both cars then come to rest in the central reservation after crashing into the barriers.

At the time a spokesman for the Welsh Ambulance Service said: “We were called at shortly before 9.55am this morning to reports of a two-vehicle road traffic collision on the A55 eastbound between junctions 22 for Old Colwyn and 23 for Llanddulas. 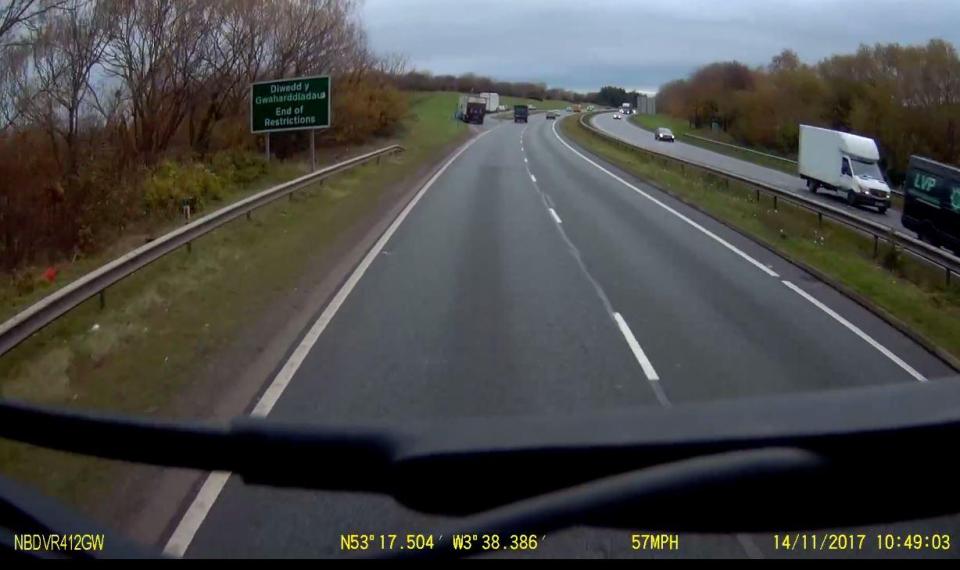 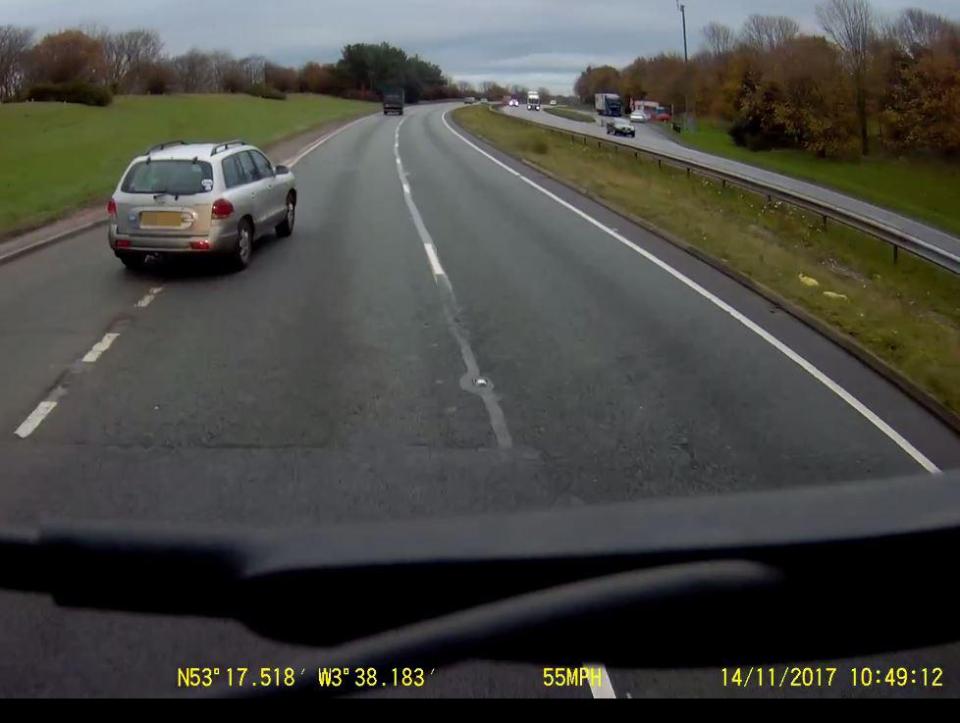 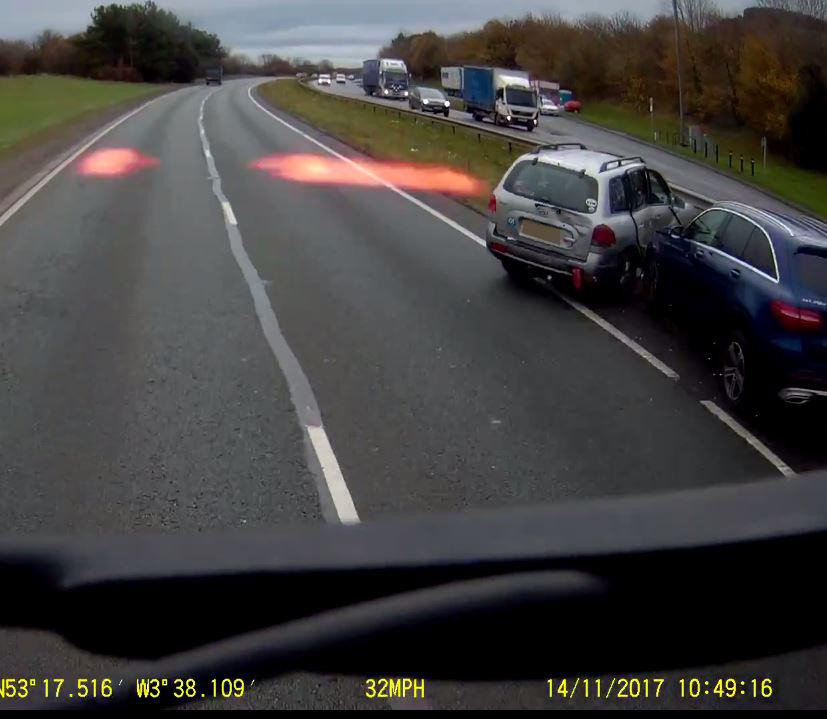 “Two crews in emergency ambulances were sent to the scene.”

It is believed the driver of the silver Hyundai was found to be a fault and was sent on a driver awareness course.

The footage has appeared on YouTube with commentators largely supporting the lorry driver.

Cakemonster147 wrote: “The woman should really have her licence taken away. She has about the clearest view of traffic you could want, dry and fairly bright conditions, with about the largest vehicle on the roads to see coming towards her. She still pulls out. Ridiculous.”

Kay Feltham-Jones said: “Those crash barriers did their job – it would have been even worse without them. 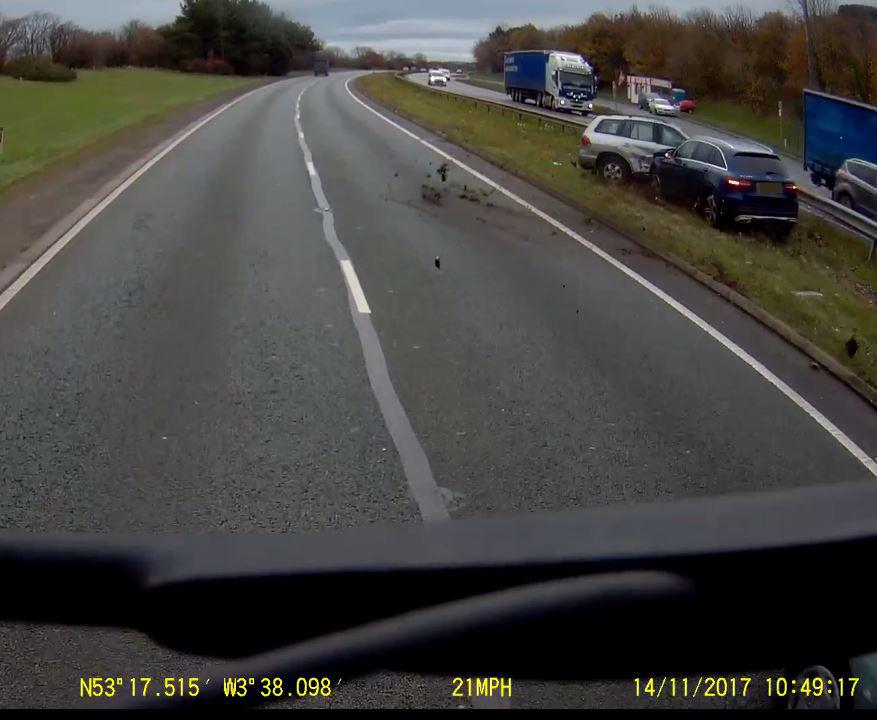 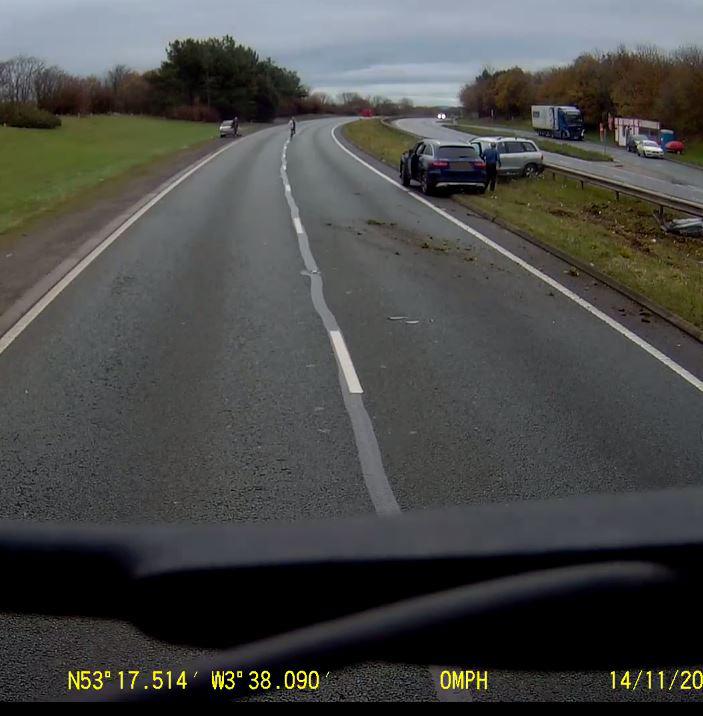 “So glad no-one was seriously injured and that the driver at fault paid the penalty.

“God knows what she was thinking – the HGV was practically on top of her when she pulled out!”

DrivingWales added: I've pulled out of this lay-by many times before.

"Visibility is very good, you can clearly see traffic in both lanes coming down the hill.

"This driver must not have looked at all, plus they didn't seem to attempt any reasonable acceleration when trying to join 70mph traffic from a stand still.”