MEXICO CITY (Reuters) – Thousands of mostly Honduran migrants traveling through Mexico gathered in the capital on Tuesday after a 1,000 mile (1,600 km) journey, with a handful saying President Donald Trump’s hostility had deterred them from continuing to the United States. Officials estimated 4,500 migrants were camped in a Mexico City sports stadium, dirty and exhausted after a journey through the violence-plagued state of Veracruz this week.

While most in the caravan are still planning to reach the United States, several in the crowd told Reuters they were now considering alternative destinations.

The caravan has incurred Trump’s wrath ahead of Tuesday’s U.S. congressional elections. As they try to hang on to control of Congress, Republican candidates have been following Trump’s lead and using rhetoric about immigrants as a tactic to motivate voters.

Trump has ordered 7,000 troops to the border, while a commercial approved by his campaign that linked the caravan to crime was pulled by U.S. networks on Monday.

“Mexico,” said Franklin Martinez, 46, a maintenance man from Intibuca, Honduras, when asked about his final destination. “I’ll stay here if they let me work.”

Like Martinez, five others at the stadium said they were now less sure about trying their luck in the United States.

The pair, who met in the caravan, stood waiting for food in a line that snaked around the stadium. Bedraggled men, women and children had bedded down in the sports arena on Monday night, bundled in blankets or donated sweaters to face the mountain capital’s chill.

While many at the stadium were unaware of the U.S. congressional elections and their unwitting role in some campaigning, news spread to others by word of mouth and reports seen on phones.

Martinez said he was rooting for a victory from the Democrats, who are seeking to wrest control of the House of Representatives and Senate from the Republicans.

“Here’s hoping the Republicans lose,” said Martinez, who said such a result could improve the political climate in the United States, and could convince him to restart his trek north.

“The Republicans are very anti-immigrant, the majority of them.”

Their arrival in the Mexican capital was a measure of the migrants’ tenacity despite attempts by four governments – Honduras, Guatemala, Mexico and the United States – to break them up.

Mexico City’s human rights ombudsman said some 4,500 migrants had arrived at the stadium by Tuesday morning, although around 6,500 have left the caravan and returned home to Honduras, according to Honduran President Juan Orlando Hernandez.

To have made it to the capital was “a success,” said Arnold Gomez, 30, a security guard from Honduras. “It’s a city many of us hoped to see … We feel good. Good, good.”

Since it set off from one of the world’s most violent cities, San Pedro Sula, Honduras, on Oct. 13, the caravan has met intermittent police resistance at the Honduran border with Guatemala, on a bridge connecting Guatemala to Mexico, and at the crossing point between the southern Mexican states of Chiapas and Oaxaca.

Over the weekend, an offer of transport from local authorities in the town of Sayula, Veracruz, was revoked at the last minute, leaving migrants forced to hitch-hike onward through drug-cartel territory, according to migrants and witnesses from nonprofit organizations that Reuters spoke to.

Some former members of the caravan said they were deported back to Honduras after it fragmented into smaller groups in southern Mexico.

“It’s the end of my American dream,” said Dimas Alexander, 33, a construction worker, speaking by telephone from his home in La Ceiba, Honduras. 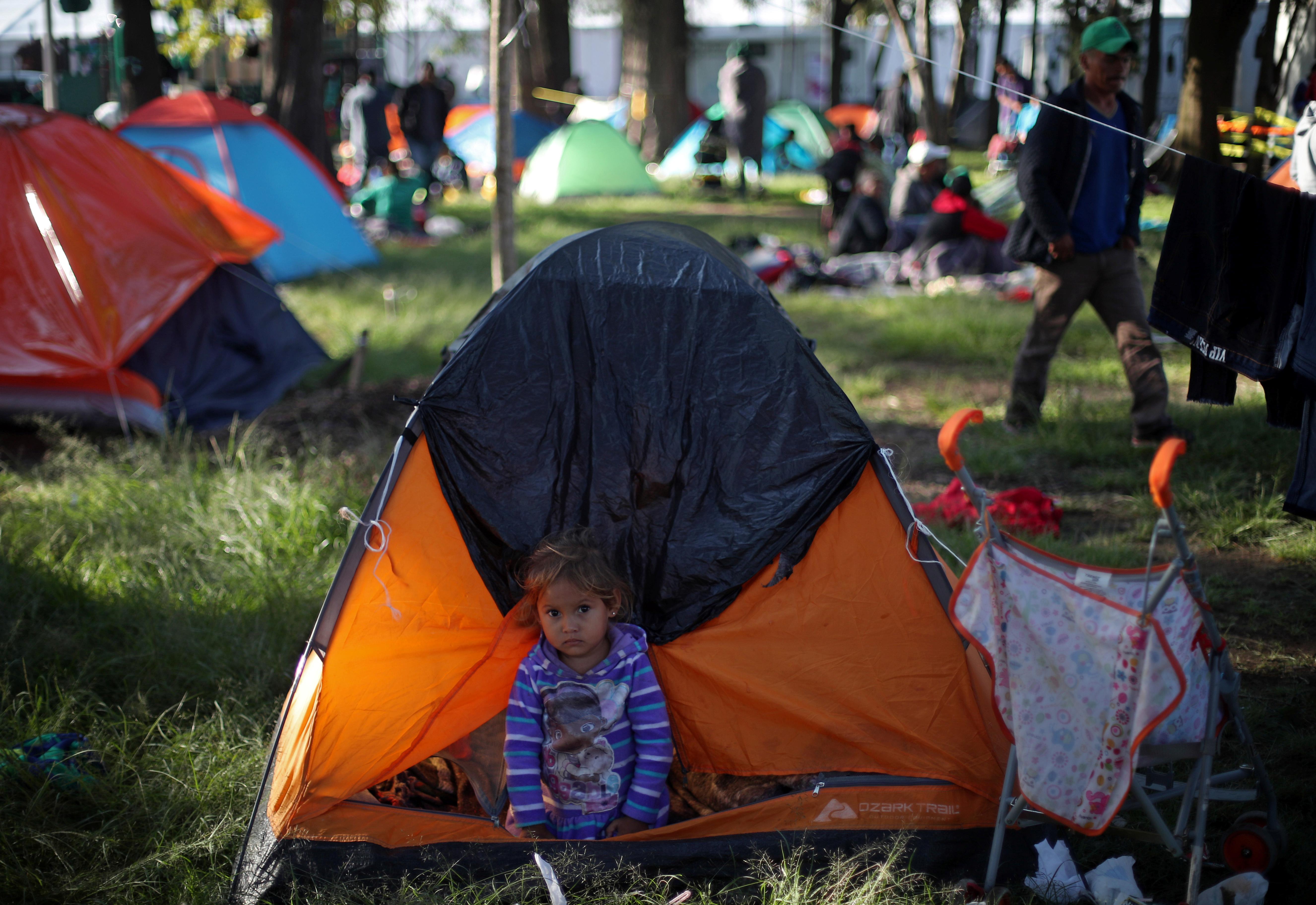 He said Mexican immigration authorities had stopped him, along with about 150 others, on Saturday morning aboard two truck trailers headed to Mexico City.

Mexico’s interior ministry denied the government was deporting caravan members. It said 478 of them had voluntarily agreed to return home.

(The story is refiled to change date to Nov 6.)