This is the horrific moment a car rammed into pedestrians after swerving across a street in World Cup city Sochi.

A 63-year-old local man was killed on the spot and three more pedestrians were taken to a medical facility, where two women were said to be in critical condition.

The driver, named locally as 23-year-old Sergey Antonyan, escaped the crash uninjured by climbing through the car’s window. 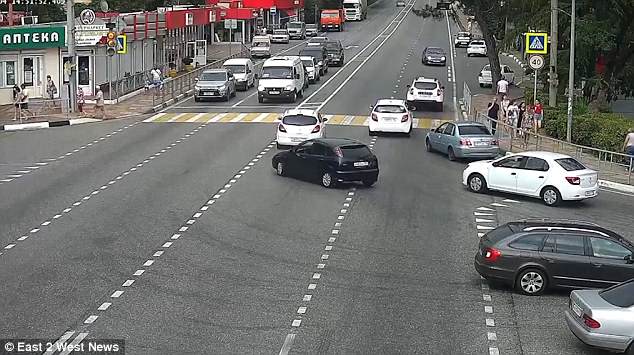 A 63-year-old man has been killed and three others taken to hospital after a car swerved across a busy highway in Sochi, Russia, before ploughing into them 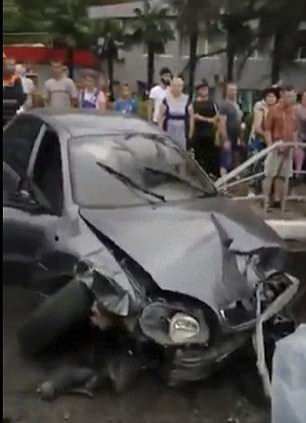 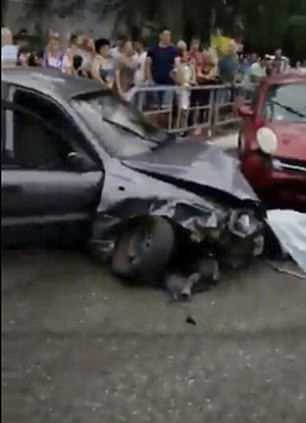 He also smashed into another car in which a mother and baby were travelling, but they were uninjured.

The driver swerved across the road having fallen asleep at the wheel, it was initially reported, though there were suggestions that he had been drinking.

His Nissan hit a group of people who had just walked safely over a busy road on a pedestrian crossing.

They were walking away from the car when it hit them at speed from behind.

Police are investigating the crash, but say there is no suspicion of terrorism.

Sochi, the country’s premier seaside resort, is the venue for Russia’s quarter final game against Croatia on Saturday.

It is also Putin’s favoured holiday destination and home of his ‘Summer Kremlin’.

The crash happened in the Dagomys district of the sprawling Sochi resort.

The car was on the Batumi highway when it veered to the wrong aside of the road before hitting the pedestrians. 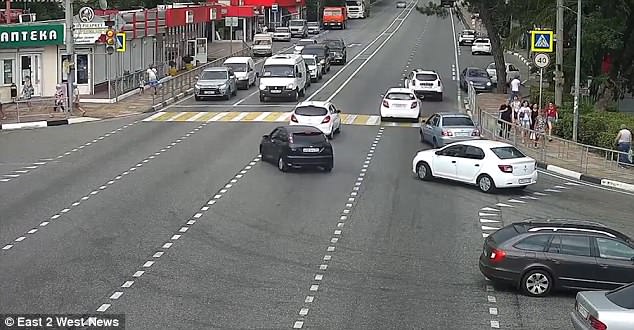 Local reports named the driver as 23-year-old Sergey Antonyan and said he had fallen asleep at the wheel, though there were suggestions he had been drinking 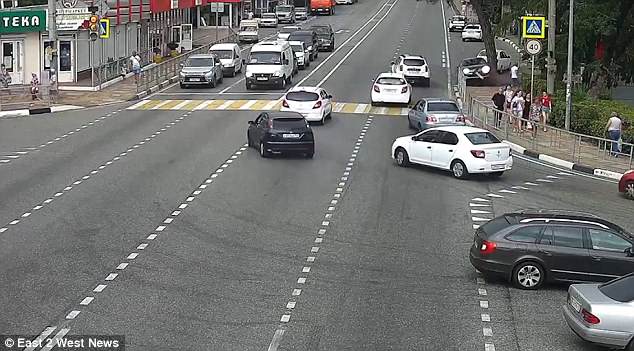