Demonstrations in Paris turned violent for the second weekend in a row on Saturday after a group of masked protesters fought with police around the Arc de Triumph monument.

The violence started early Saturday morning near the famous Avenue des Champs-Elysees. Dozens of angry protesters, many of them wearing gas masks or ski goggles, threw rocks and projectiles toward French police. In turn, police attempted to disperse the crowd by firing tear gas and blasting water cannons. 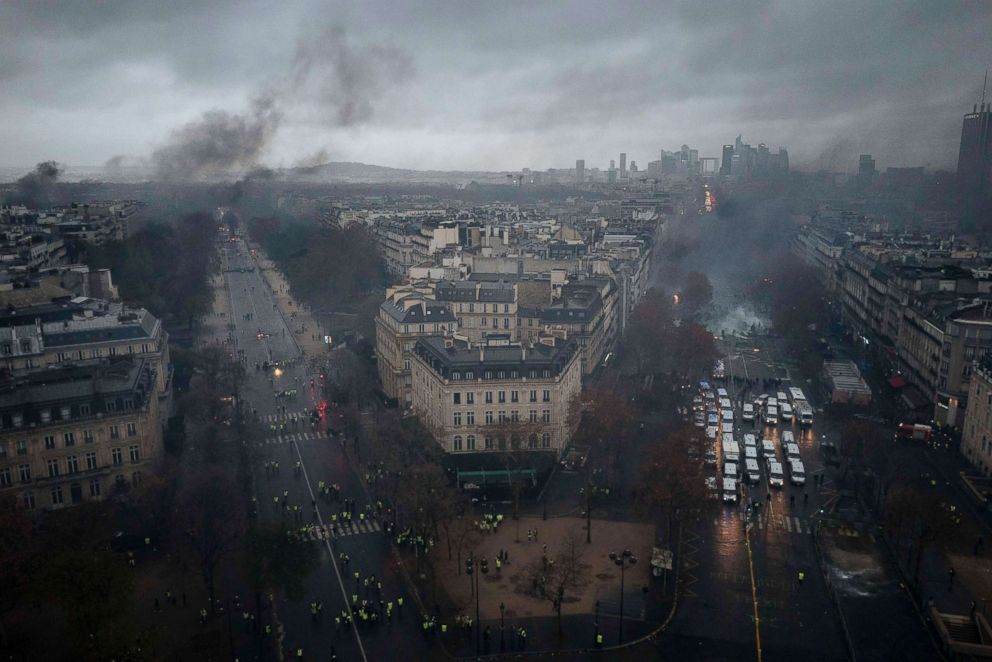 Later in the day, violent protesters who were pushed away from the Arc de Triumph used plywood and other material to make barricades on various streets throughout central Paris. Demonstrators also set multiple cars and trash containers on fire over the course of the day.

French Prime Minister Edouard Philippe visited the Paris police command center on Saturday and announced that around 5,500 protesters attended the demonstrations in Paris on Saturday.

Nearly 200 people were arrested during the protest, Paris police told ABC News. They added that 92 people were injured, including 14 police officers. 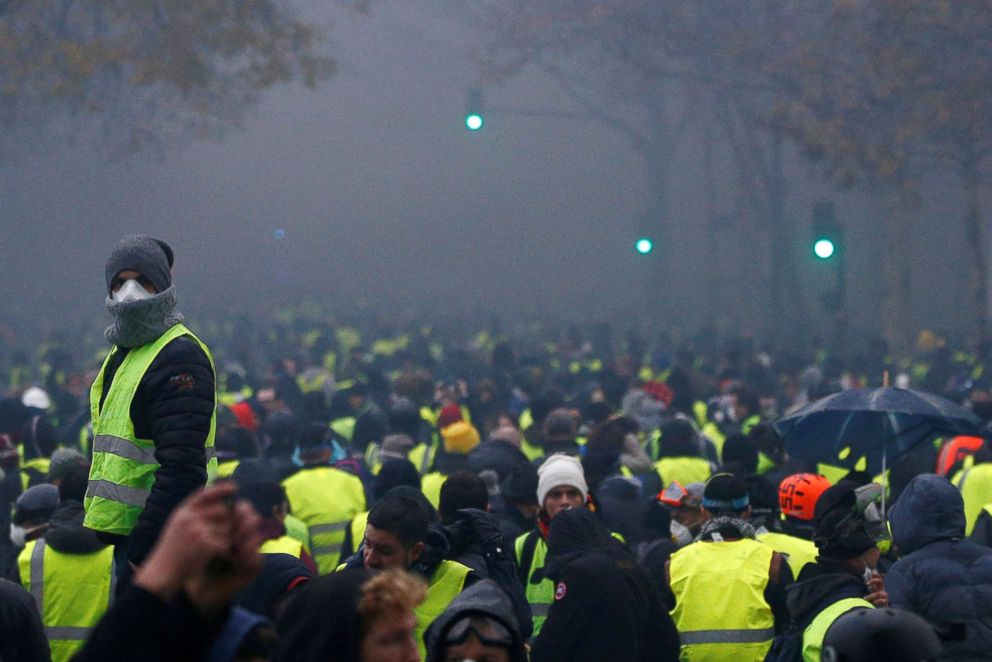 The protest was part of the Yellow Jackets movement, named after the neon yellow security vests demonstrators have been wearing — vests all motorists are lawfully required to have in their vehicles.

The demonstrations erupted in mid-November to protest rising fuel taxes in France. However, they have since become a wider protest against the cost of living in France, high taxes in general and French president Emmanuel Macron’s policies. 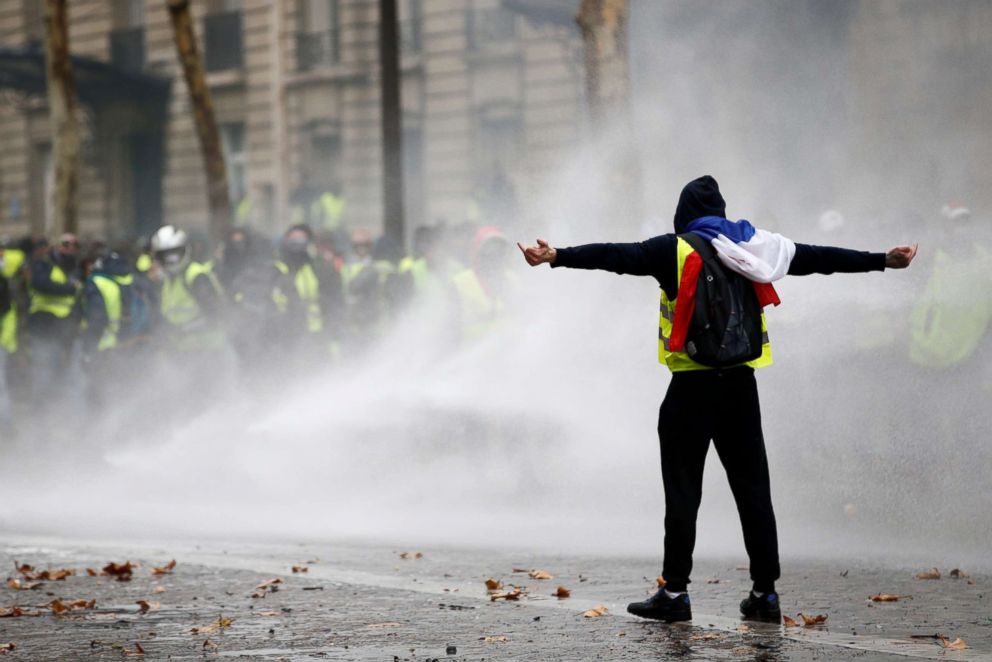 The nationwide protests started in small urban and rural areas of the country, where demonstrators have been blocking roads over the past three weeks. The movement has no clear leader and has attracted groups of people with a wide variety of demands.

Macron, who is currently in Argentina for the G20 summit, said earlier this week in a speech that he understood the complaints expressed by protesters but has so far refused to cancel the planned increased in fuel taxes.