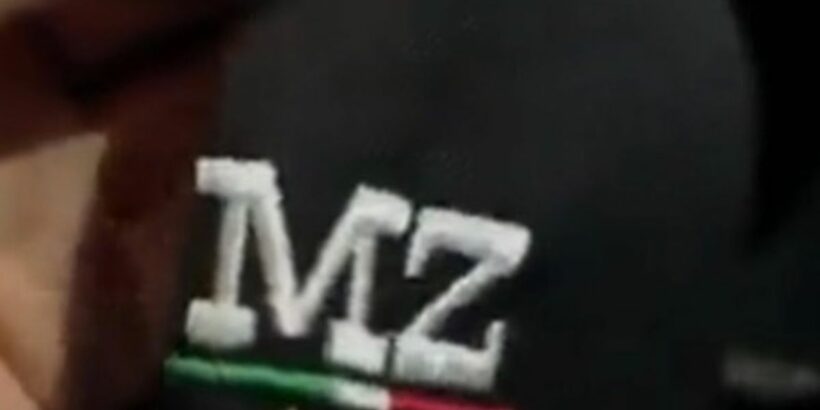 A hitman from a deadly drug cartel entered a Mexican Navy base and mocked sailors by flashing his gang insignia at them.

The gunman from Operative Mayo Zambada entered the base and recorded a video recording a video showing off his cap donning the logo of his criminal organisation on the side.

The cap also features an image of capo Ismael "El Mayo" Zambada, one of the main leaders of the Sinaloa Cartel (CDS).

Several military camouflage vehicles and two marines are seen walking around in the footage as the hitman drove a car into the federal headquarters.

According to Borderland Beat, the sailors who guarded the facilities did nothing to stop him despite his blatant exposure of himself.

The Mexican authorities have not verified the authenticity of the footage or which state it occurred in.

However, Operative MZ is the armed wing of Mayo Zambada to controls areas on the Mexican Pacific coast.

The news comes after members of a deadly drug cartel left a chilling message after they beheaded two men during of a spree of terror.

Members of the Grupo Scorpion, a sub-group of the deadly Gulf Cartel, left a decapitated head on top of a written sign in municipality of Cadereyta Jiménez in Nuevo León, Mexico.

The horrifying scene was discovered on April 12 when civil servants heading to work at the National System for Integral Family Development saw two men exit a utility vehicle and place large clear bags and a tarpaulin on the pavement.

Officers at the scene then found a message printed on the tarpaulin, before unloading two dead male bodies from inside the bags.

They had both been beheaded, with one of the heads put on top of the notice in a gruesome display.

The angry message gave a warning to the local police force, with the beginning telling the public that the "problem is not with you nor the consumers [of drugs] nor the government, be it municipal or state".

Going on to single out several officers by name, one part then accused them of "charging extortion fees" and "selling crystal".