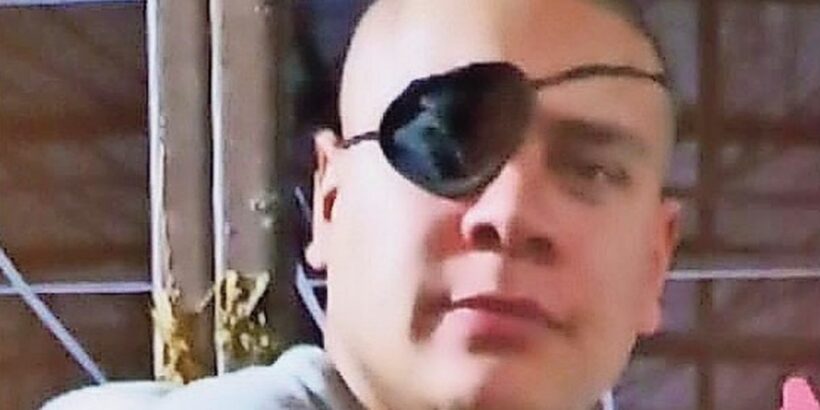 A drug cartel assassin dubbed "the hardest and most heartless narco" escaped from prison in a massive New Year's Day breakout that left 17 people dead.

A total of 27 inmates managed to escape from the Centre for Social Rehabilitation (CERESO) Number Three in Ciudad Juárez, Chihuahua, Mexico, after cartel gunmen attacked security personnel at a checkpoint at around 6.30am.

The attack reportedly served as a distraction for a riot inside with armed prisoners launching an assault on the guards, which led to 10 guards and seven inmates being killed.

The primary target of the breakout was Ernesto Alfredo Piñón de la Cruz, known as 'El Neto', who is the leader of Los Mexicles.

Los Mexicles is a street gang who had until recently been working as enforcers for the infamous Sinaloa Cartel. According to Chihuahua governor Javier Corral Jurado, El Neto is their "hardest and most heartless narco".

The National Guard and Mexican Army managed to regain control of the prison around noon but have thus far been unable to catch any escapees.

El Neto, "one of the generators of the greatest violence" in Ciudad Juárez according to Jurado, remains at large.

He had been locked up since 2009 when, aged just 20, he was sentenced to 223 years for various crimes including kidnappings and murders.

His freedom within the jail was laid bare when security forces discovered his lavish living quarters following his escape.

According to Defence Minister Luis Cresencio, 10 "VIP cells" had been decked out with all manner of electronic goods, including TVs. One even had a jacuzzi.

Nearly 9lbs of crystal meth and hundreds of packets of cocaine, cannabis and heroin were seized.

To compound the embarrassment for Mexican authorities, El Diario obtained and released footage on Monday showing El Neto and other gang members celebrating 'Mexicle Day' back in September.

They were seen drinking beer kept cool in an ice box, watching TV and listening to a band they'd hired to perform – all from inside the prison.

Prison director Alejandro Téllez was fired and placed under investigation on Tuesday (January 3).

El Neto is thought to be responsible for ordering a city-wide campaign of terrorism back in August that left 11 dead and several businesses burned to the ground.

The attacks were reportedly sparked by a split between Los Mexicles and Los Chapitos, a Sinaloa Cartel faction overseen by the children of Joaquín 'El Chapo' Guzmán.

Authorities now suspect Los Mexicles to be working with the Caborca Cartel.