A former Catholic Archbishop who was convicted of covering up child sex abuse is now a free man after winning his appeal.

Philip Wilson, the former Catholic Archbishop of Adelaide, was accused of failing to disclose allegations involving two altar boys made about priest between 2004 and 2006.

The 68-year-old was sentenced to six months home detention in May for covering up the claims in January 2017.

However, his conviction was quashed on Thursday, with a New South Wales judge ruling in his favour. 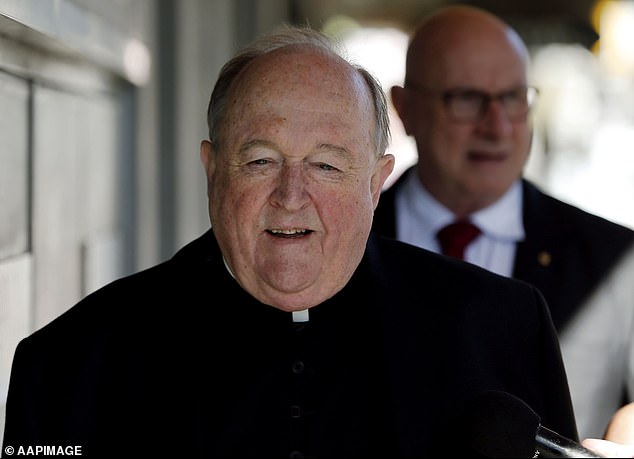 Philip Wilson, the former Catholic Archbishop of Adelaide, was accused of failing to disclose allegations involving two altar boys made about priest between 2004 and 2006

During the trial Wilson told the court he had no recollection of the allegations being raised to him.

On Thursday, Newcastle District Court judge Roy Ellis found there was reasonable doubt the clergyman had ever committed the crime.

Judge Ellis said suspicion was not a substitute for proof beyond reasonable doubt.

One of the two altar boys, Peter Creigh, was in tears after the judge’s decision on Thursday. He was too upset to comment outside court.

As the judge left the bench one onlooker called out: ‘Bulls*** – that’s a disgrace.’

Wilson was facing a maximum of two years in jail when he was sentenced on August 14 to spend at least six months at his sister’s home before being eligible for parole.

He was allowed to watch the judge hand down his decision via video link from a remote location so he didn’t have to face the media.

Wilson formally resigned as Adelaide’s archbishop on July 31, despite having earlier insisted he would not step aside until his appeal case was over.

The magistrate who found Wilson guilty rejected claims the clergyman – who is suffering from the early stages of Alzheimer’s disease – could not remember the two altar boys telling him about the abuse in 1976. 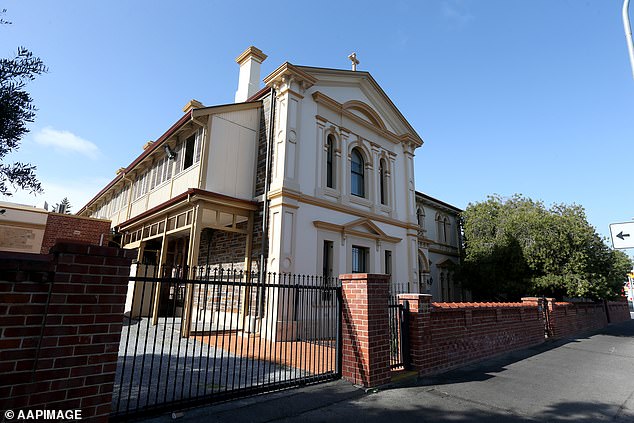 Wilson, who had served almost four months in home detention at his sister’s home, was allowed to watch the judge hand down his decision via video link from a remote location so he didn’t have to face the media

The defence claimed Wilson was not guilty because the case was circumstantial and there was no evidence to prove beyond a reasonable doubt the clergyman was told about the abuse, believed it was true or remembered being told about it.

During Wilson’s two-day appeal last week, prosecutor Helen Roberts urged Judge Ellis to consider how the magistrate had the benefit of watching both Wilson and Mr Creigh – the main witness – during the trial and how he’d raised doubts about the clergyman’s credibility before finding him guilty.

Mr Stone found Mr Creigh had been a genuine and truthful witness who had no motive to make up the conversation he said he had with Wilson in 1976.

But Judge Ellis repeatedly stated during the appeal that Wilson was an intelligent, articulate man who appeared to be doing his best to answer questions put to him during the trial.

He said he wasn’t bound by the magistrate’s conclusion that many of Wilson’s answers were ‘dissembling and contrived’.

When sentencing Wilson to home detention, Mr Stone said the clergyman had shown no remorse or contrition for the cover-up and his primary motive had been to protect the Catholic Church.